While New York City’s LGBTQ scene is commonly associated with nightlife, three creative queer chefs have decided to forge a new path for the scene to flourish outside the clubs.

And while their endeavor is quite trendy, it does something incredibly important by highlighting an under discussed reality: 1 in 4 LGBT adults have experienced not having enough money for food in their lifetime, according to the Williams Institute.

“I’ve had a lot of experiences with parties or bars that I like really becoming filled with men,” Koones explains. “I think there’s still a lot of empowering that could happen from building a really strong network of queer women, trans, and nonbinary people.” 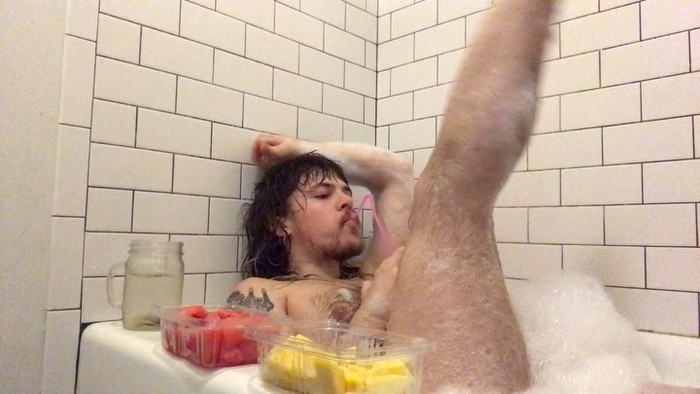 Koones studied at the Institute of Culinary Education and cooked in acclaimed restaurants like The NoMad. She began throwing dinners for friends at Smith College but had far less time when she began cooking full-time, leading to a hiatus from restaurants and a job at an event planning company. Soon after, Babetown was born.

Remedi Food and Slater G. String’s Kitchen subvert the “elitist vegan” stereotype. Slater, a longtime vegetarian, chose veganism while working in a dessert restaurantthe eggs and milk became “grotesque” to him. He realized veganism would only be affordable if he taught himself to cook.

“I would have my friends over because I knew so many people in our community that were struggling for meals or wouldn’t mind having a free meal,” Slater explains. “I could both help my friends be fed for a day and try out some new recipes.” But if someone offered free non-vegan food, he wouldn’t refuse.

“There’s no ethical consumption under late capitalism, so I’m just trying to minimize my footprint as much as possible,” he adds. “I find that some vegans are kinda snooty; that’s not my agenda at all. I’m moreso about educating people through experience.”

Mantra Mundana prefers the term “ethical eater,” explaining that plant-based foods can still come from mistreated workers and big corporations, which is why she prioritizes foraging.

Attending Mundana’s dinner at Ridgewood’s Trans-Pecos, it was clear she sees food as sacred. After our dinner of zucchini noodles and before our dessert of fruits, we breathe together while cradling our plates, effectively praying to our food.

“Autonomy is founded in community,” Mundana says. “These dinners are meant to remind us to celebrate the love and abundance we generate for ourselves.”

Babetown and Remedi Food typically cost $20-35, but have work-trade opportunities. Slater doesn’t hold formal dinners, but frequently feeds people for free or trade. Alex Koones tells INTO that trans women of color do not pay for Babetown, and no one is refused due to finances. 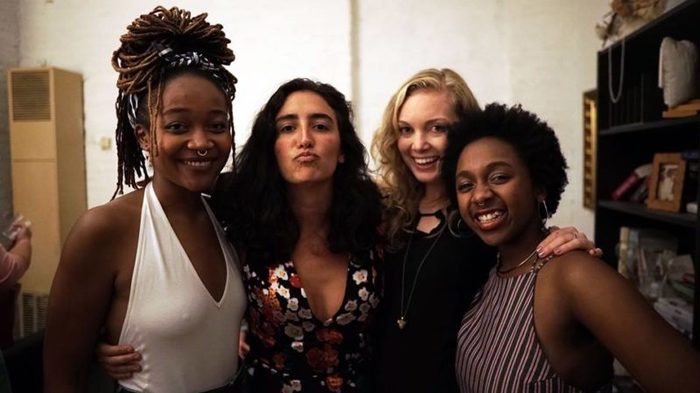 “People often chide me; they’re like, you should raise the cost of the ticket, you should do this and that to make more money off of it,” Koones tells INTO. “The money is not really what this thing is about.”

“My queer community is pretty low-income and paycheck-to-paycheck,” explains Arthur Kay Singleton, producer of Slater G. String’s Kitchen. “I think it’s really important to care for each other. Something Slater taught me before we were even [collaborating] was the importance of feeding your friends and the community that comes from eating together.”

“There’s a huge overlap with eating disorders and trans people because a lot of us feel uncomfortable in our bodies but didn’t know early on why,” they say. “And it’s so important, I think, as one of the layers of healing, to try and eat together, and normalize eating healthy meals and making it affordable.”

A drag performer and makeup artist, Slater hosts Slater G. String’s Kitchen in a look and chats with a guest while cooking. The show’s second episode, “How To Make Vegan Quiche And Support Trans Women,” features trans model Maya Monès.

“I wanted to showcase the intersection between food and… Everything, really,” Slater tells INTO. “Having different people talk about their lived experience while teaching them how to make a basic vegan meal seemed a very clear way to reach a lot of different types of people effectively.”

Singleton attended NYU with Slater. (Full disclosure: I did too.) They saw this as an opportunity to make something different from the typical queer and trans media. 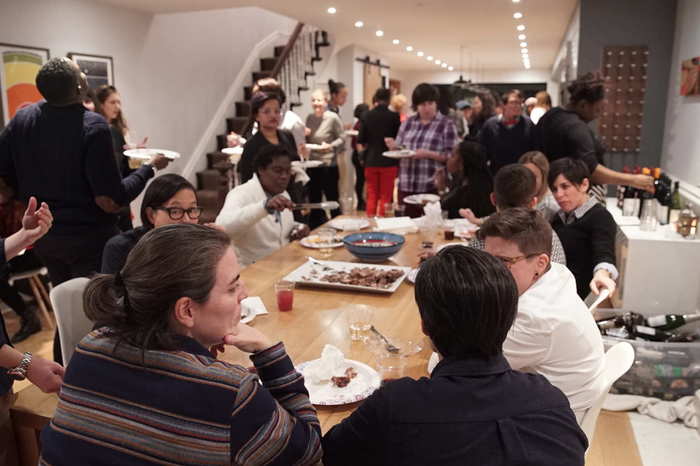 “A thing with basically all media is that I often feel really isolated from it. Even if I can enjoy it, it feels like I’m watching alien culture, way more now that I’m living with other trans people,” Singleton tells INTO. “A thing that my girlfriend and I say to each other all the time, especially when we were in film school, [was] ‘I just want to watch trans people eat breakfast.’ I’m so sick of coming out stories.”

Production has been slow; they’ve only released two episodes in over a year of work, which they attribute to budgetary constraints.

“We want to set a precedent with this show that queer labor and aesthetic is appreciated and compensated,” Slater adds. Remedi Food specifically employs femme, queer, and gender non-conforming individuals, an attempt to banish the misogyny that can permeate commercial kitchens.

Writer David Mehnert placed foods like BLTs and Twinkies among the ranks of “queer food.” Not in these chef’s kitchens. Mundana values “bizarre” produce like lotus roots and rambutans. Slater likes “weird-looking food,” preferring intuition to recipes. Koones, Mundana, and Stanley have effectively created a network outside of what Mundana deems “conventionally patriarchal Michelin kitchen hierarchies.”

“I understand that not everyone has the time to create a bunch of vegan meals because sometimes people have to work 60 hour weeks just to get by,” Slater says. “But with my show, and these dinner parties and catering opportunities that my friends Alex and Mantra specifically have provided, I think people can start to take on a few things and fit them into their own life in a way that seems more realistic and practical.”