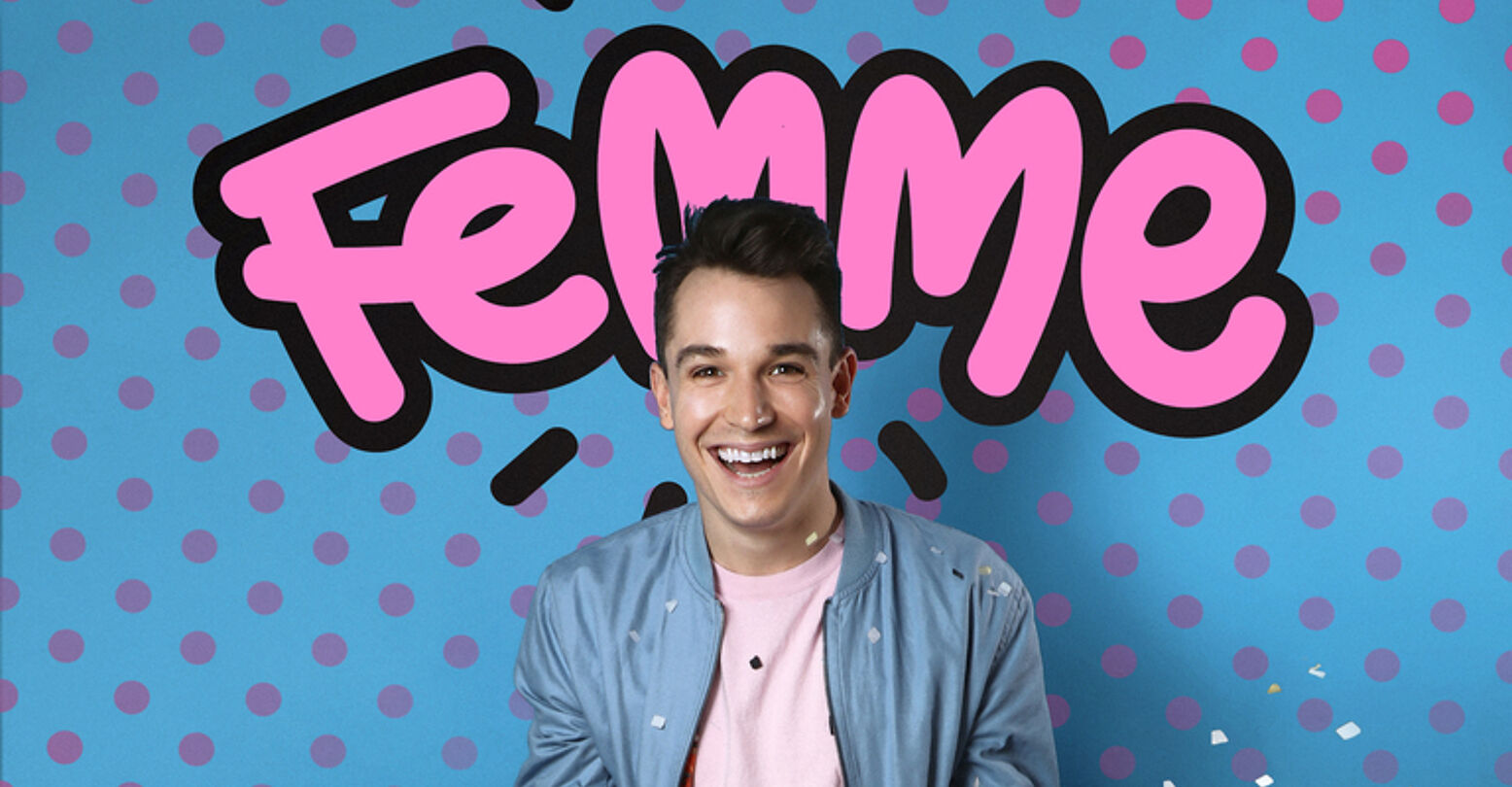 Although Hollywood has become more progressive with its representation of queer characters in previous years, a lot remains to be desired. Femme identities are still stigmatized among many gay men.

In Corey Camperchioli’s new short, he finds a way to embrace his inner femme. After an online hookup turns Carson (Camperchioli) away for being too feminine, he sets out on a mission of self-discovery in the New York gay scene. With the help of friends and a fairy drag mother, he confronts his own notions of masculinity.

A year after its viral crowd funding campaign secured funding in under 48 hours, Femme is finally making the film fest rounds. We recently caught up with Camperchioli about writing and starring in the short and what femme means to him.

As a gay man, how do you see the queer community and their treatment of its femme members?

Growing up, I was always teased for being too gay, too much, too “femme.” I thought that when I moved to New York City, came out, and found my community, that would all stop. I was wrong. I’ve encountered “no femmes” and “masc only” from within the community more times than I can count. Femme is my attempt to not only unpack and challenge this behavior, but to celebrate femme-ness in a way that I’ve craved my entire life.

As an actor, do you notice that in the film industry as well?

Absolutely. Femme characters in film and TV are almost always the supporting characters, the comic relief, the butt of the jokes. My goal was to combat this by creating a narrative that puts a complex femme character front and center.

What was it like working with Johnny Sibilly and Aja?

I love them both. I’ve been a fan of Johnny’s for a while, and I sent him a DM on Instagram about the project. When he replied, I’m pretty sure I screamed. He’s so unbelievably talented and such a champion of amplifying queer voices. He’s the real deal. And Aja, from the second she, Kandy Muse, and MoMo Shade arrived on set to the time they left, they had the entire cast and crew hysterically laughing. I’ll forever be grateful to Aja for bringing the role of Panzy La Rue to life.

As a writer, what’s it like seeing your words come to life for your first film?

Writing is isolating in a lot of ways. I write by myself in my bedroom, and I never really know if my words will ever live outside of my room. But to hear them spoken out loud, especially by actors I admire, it’s truly an out of body experience.

💕day two of @femmethefilm in the can! huge thanks to the incredible #hausofaja. y’all lit up set today and I couldn’t be more grateful. 💕#freeyourfemme

How did it feel to get so much support from the crowd-funding campaign?

The overwhelming support from the crowd-funding campaign was so unexpected. I knew that this story was important to me, but what I didn’t anticipate was people from all over the world reaching out saying that my story was so similar to their own story too. Knowing that so many people identified with this story really lit a fire under me and the team to make the best film that we possibly could. It took a year, but the film is finished, and I’ve never been prouder of anything in my entire life. I cannot wait for you to see it.

How do you hope this affects the queer community and the idea of what it means to be femme?

I hope this film encourages the queer community to love themselves exactly as they are, no matter who they are or how they present to the world.
Do you plan to write more projects?