Audiences at SXSW were recently blessed with an amazing lineup of original queer content. One such title that won over audiences was the black and white AIDS drama, 1985, a poignant look at familial relationships during the peak of the AIDS crisis.

Cory Michael Smith (Gotham, Wonderstruck) stars as Adrian, a young gay man who returns home to his family (Virginia Madsen, Michael Chiklis) for Christmas. As he copes with the death of his partner and his own diagnosis, he struggles with telling his family. It was inspired by filmmaker Yen Tan’s experience working with gay men at a viatical settlement firm, many of whom died without their family knowing of their diagnosis.

Smith and Tan recently spoke with The Daily Beast about the film. In addition to discussing his role, Smith came out as queer, explaining how he related to the role.

“There’s something special about telling a story that feels closer to home,” he says. “I’m from Middle America. I’m from Ohio. I’ve been living here [in New York] for a while, and there are stretches when I don’t see my family often. Going home and that whole charade is very familiar. The first family dinner after a while. Coming out to a family, the fear of that.” 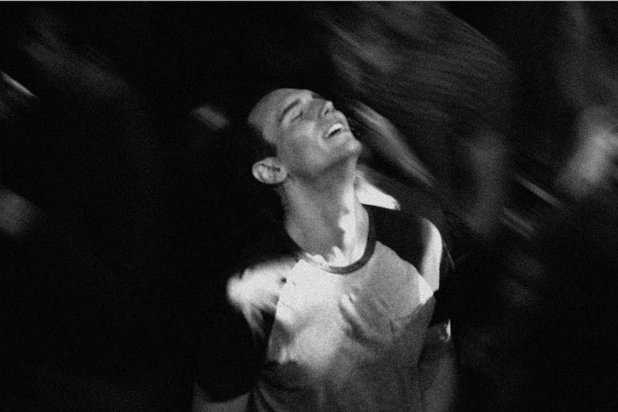 This interview marks the first time the Gotham star has publicly acknowledged being gay. He explained that his family approached his coming out with “a lot of love.” Still, the fear of that discussion resonated as his character struggled to have that conversation.

1985 does not yet have a release date, but will hopefully hit theaters sometime in 2018.