Lesbian Australian musician Courtney Barnett has just dropped a new single, clad with Margaret Atwood-inspired lyrics. Just four months ago, Barnett wrapped a tour and album with collaborator Kurt Vile, and she just finished backing her partner, fellow musician,Jen Cloher on her U.S. tour. Now, she’s gearing up for another solo release, Tell Me How You Really Feel, this spring.

The new single, “Nameless, Faceless,” takes aim at internet trolls, partly due to Barnett’s own experience with them. According to the press release, she even quotes one of the standout roasts she’s received online: “I could eat a bowl of alphabet soup and spit out better words than you.”

Barnett also released an animated video to accompany the song, with graphic visuals by Beyoncé collaborator Lucy Dyson. Dyson was commissioned in 2016 to work on Beyoncé’s Formation World Tour, if that’s any indication of how engrossing the visuals are.

my new song nameless, faceless is out today. it’s from my new album called Tell Me How You Really Feel to be released on may 18th and you can pre-order it now. https://t.co/ZOkvFxObu7
music video by the amazing @lucydyson and lyrical inspiration from margaret atwood pic.twitter.com/O4OQvy1Wqf

Barnett is known for her caustic lyrics and comical song titles, and the track list definitely reinforces her reputation for such. (One new track is called “I’m Not Your Mother, I’m Not Your Bitch.”)

The singer-songwriter is set to tour the U.S. with her band in May, and fans can purchase tickets now, with packages that include a copy of the album, out May 18th. 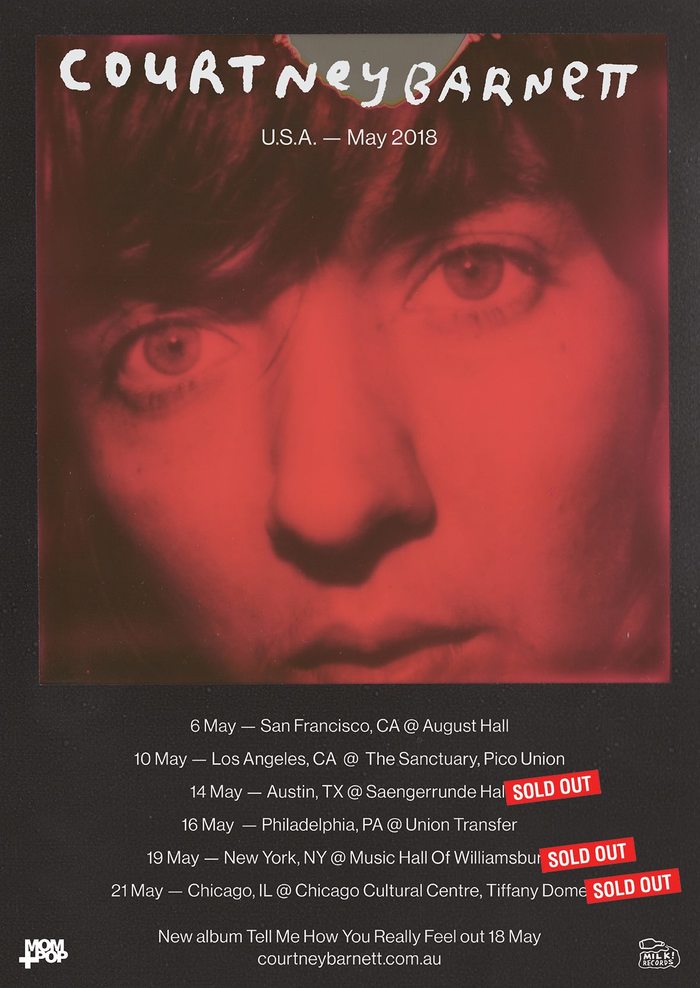