Courtney Barnett’s sardonic yet sunny approach to rock music has made her one of the most beloved Australian exports of the last few years. Her debut album, Sometimes I Sit and Think, and Sometimes I Just Sit, introduced the now-30-year-old artist to an international fanbase that includes members of Sleater-Kinney (who pop up in her music video for “Elevator Operator”) and Ellen DeGeneres (who invited her to perform on The Ellen DeGeneres Show).

Barnett’s 2018 follow-up, Tell Me How You Really Feel, was as critically acclaimed as her previous releases, including a 2017 collaboration with Kurt Vile, Lotta Sea Lice. She’s been a musical guest on SNL, nominated for eight ARIA Music Awards (and won four), and was also up for Best New Artist at the 2015 Grammys — an impressive trajectory for an indie artist whose music is largely filled with malaise and daily anxieties.

“I’m not a stoner,” Barnett says of a frequent misconception. “That one’s just not true. I guess I’m kind of laid back, but at the same time, highly strung.” We’re on the phone so I can only imagine she’s shrugging when she offers: “I don’t really know what people think of me.” 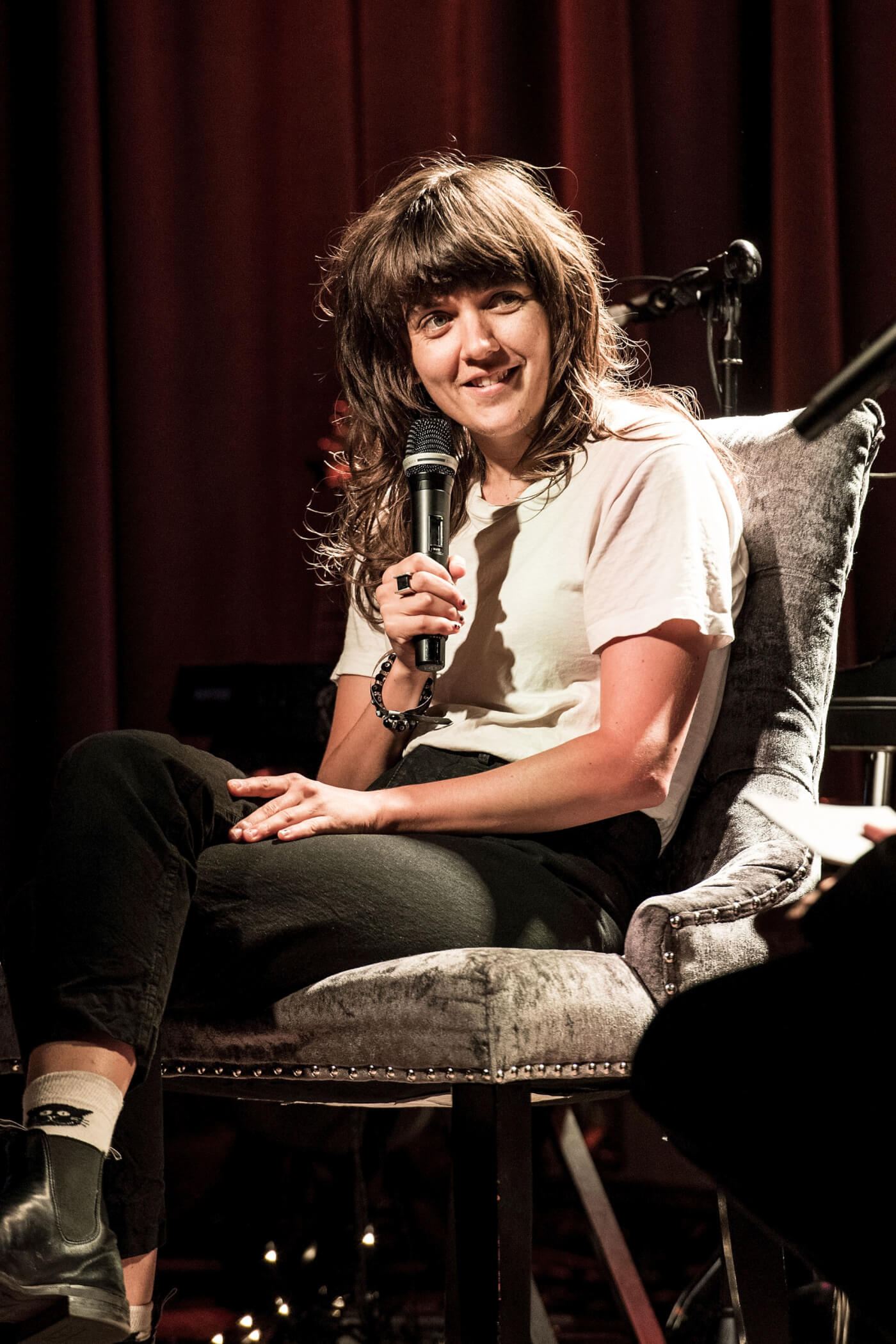 While Barnett’s earlier songs focus on hyper-specific stories and incidents that seem to be culled from life experiences, the new album prioritizes emotion and an embrace of the senses. On “Need a Little Time,” she opines, “Shave your head to see how it feels/Emotionally it’s not that different/But to the hand it’s beautiful/Yeah to the hand it’s beautiful.” And on “Crippling Self-Doubt And A General Lack of Confidence,” she admits, “I never feel as stupid as when I’m around you/And indecision rots/Like a bag of last week’s meat.” There’s more physicality to Barnett’s latest offerings, which can only make her more three-dimensional to fans, who gladly sing along with her multi-layered musings.

“I think that a lot of the time, I don’t completely know what the song is about,” Barnett says. “And over time, it kind of reveals itself. I find it hard to explain songs because I think they come from so many different — it’s not often that I just write a song about one thing. One thing that happened and these are the emotions that went with it. It’s like 10 things that kind of led to this one, and for this avalanche of conflicting emotions.”

Tell Me How You Really Feel is also a much more feminist album — more blatant in its impressions of moving through the world as a woman. On “Nameless, Faceless,” Barnett sings: “I wanna walk through the park in the dark/Men are scared that women will laugh at them/I wanna walk through the park in the dark/Women are scared that men will kill them/I hold my keys/Between my fingers.” She goes on to include a comment she received from a man once: “He said ‘I could eat a bowl of alphabet soup/And spit out better words than you’/But you didn’t/Man, you’re kidding yourself if you think/The world revolves around you/You know you got lots to give/And so many options/I’m real sorry/Bout whatever happened to you.”

Barnett is still something of a rarity in rock music; she’s openly gay but with a sizable straight male fanbase. She’s been able to skirt the hypersexualization that happens to most women artists, eschewing feminine attire for denim, sneakers, and T-shirts while on tour and in press photos, and is offered top slots at music festivals that otherwise leave women off the headlining bills. It’s a testament to her music, of course, but also to her ability to be comfortably open about who she is and who she loves. (Barnett has been in a long-term relationship with musician and business partner Jen Cloher for several years.) Of course, misogyny is rampant in the music industry (like many others). But because she’s mostly been featured on college radio circuits versus mainstream platforms, she hasn’t experienced much of the same kind of sexist lines of questioning other women musicians have been long subjected to.

“Sometimes I get in a taxi and I hear commercial radio and the stuff they say is so — it’s like ‘What world are you living in that you can have a segment called Annoying Stuff That Women Say?’ I heard that somewhere the other day. It’s like why is that a thing in 2018? Or ever?” Barnett says. “I think sometimes men are really aware of what they’re talking about, yet they’re still kind of expressing that behavior.” 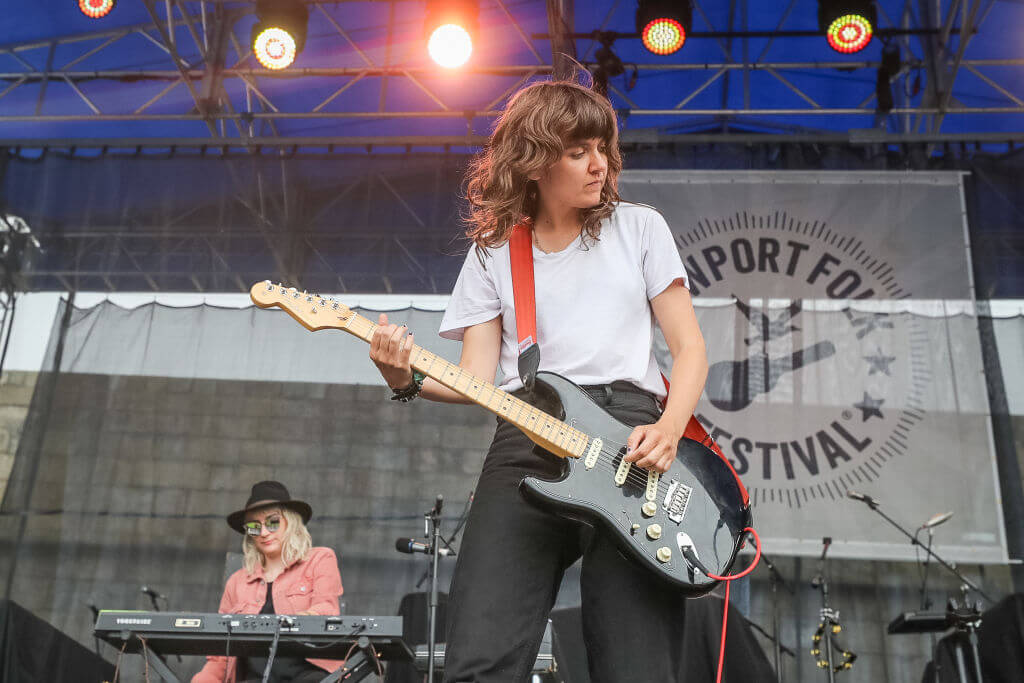 That kind of frustration helped spawn songs like “Nameless, Faceless,” but it isn’t Barnett’s only form of political expression. Last year, as Australia was going to vote on same-sex marriage, she covered INXS’s “Never Tear Us Apart” and lent it to an Apple commercial featuring queer couples. With Cloher, she re-released their duet “Numbers” (a song about their 14 year age difference) on a compilation promoting the promise of marriage equality down under. It’s not surprising, then, that one of Barnett’s biggest inspirations was Kurt Cobain, a political, feminist queer ally whose artistry was sometimes at odds with societal expectations around ambition and success.

“I was pretty young when I was listening to [Nirvana], so I wasn’t really aware of the politics of the world, but I remember reading — Kurt would say ‘If you’re a racist or a homophobe and you’re coming to our shows, we don’t want you. Stop buying our CDs,'” Barnett recalls. “There were quite feminist comments from Kurt and I guess I really didn’t quite understand it at the time, but it was ingrained and I liked it.”

“And now I look back at it and I’m like, bands I didn’t even know at the time existed, like Bikini Kill,” she continues. “Now that I’ve kind of gone back and done my research, Kathleen Hanna [was] talking to him about that stuff. It’s kind of knowing, looking back, that she was probably saying the same things but everyone was, like, not interested. But when a man says it, they’re like ‘Wow, he’s so caring!’ And I don’t mean to discredit what he said at all, but noting it as an annoying societal reflection.”

When not touring, Barnett still lives in Melbourne where she runs Milk! Records with Cloher, home to both of their solo works as well as records from artists like Jade Imagine, Loose Tooth, East Brunswick All Girls Choir, Evelyn Ida Morris, Hachiku, Tiny Ruins, The Finks, and Dyson Stringer Cloher. Recently, she’s been happy to see that another Australian export has made it big in the U.S. lately.

“I got a ticket to [Hannah Gadsby’s Nanette] and it was incredible,” she says of the Tasmania-born comic whose Netflix special was a massive summer hit. “And then all of those last shows that she did were so successful, she went around the world and did [more] and everyone loved her. I just thought it was so great. That show is fucking just crushing it in a good way.” 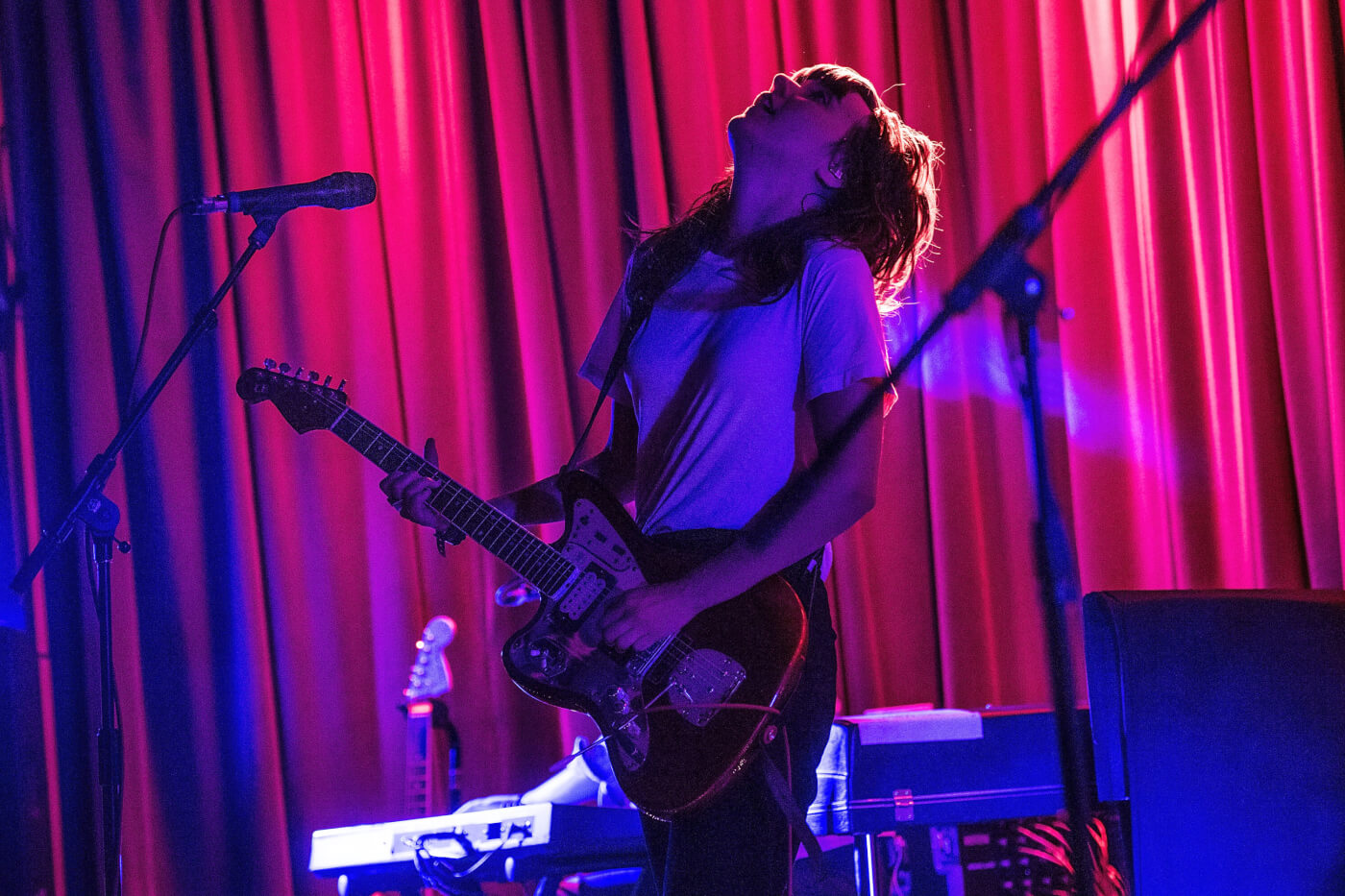 While touring this album, Barnett says she has also enjoyed a connection with her audience, one that has made it worthwhile to be more personal and confrontational — more vulnerable.

“It’s been nice seeing people connect with the vulnerability of a lot of these songs, and sharing their stories and interpretations of the songs,” she says. “Essentially when people get more well known, it’s because they’re connecting with people and they’re saying or doing something important. I think that’s great. There’s no other way to look at it.”

Courtney Barnett is currently on tour. She plays the Greek Theater in LA on Friday, October 5.