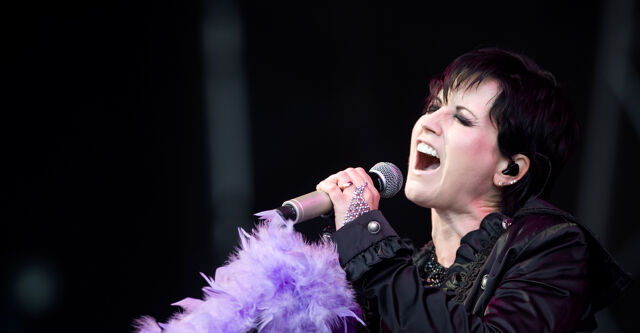 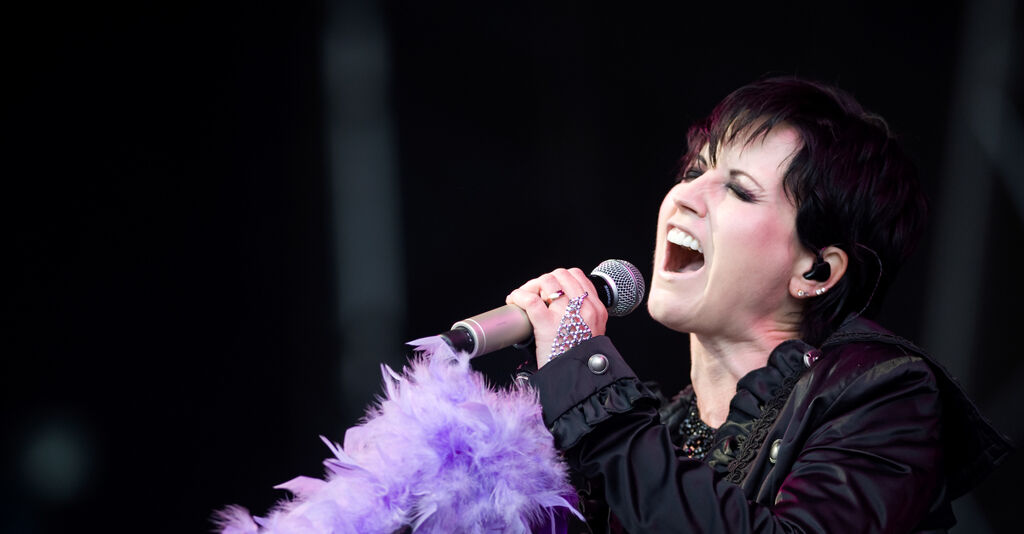 In the early ’90s, there were few out queer women in the public eye.

It was before Melissa Etheridge, Ellen DeGeneres, or k.d. lang would come out, and much of what lesbians had to look to were eccentric women with close-cut cropped hair or beautiful bald heads like that of Dolores O’Riordan.

The Cranberries frontwoman not only had a queer aesthetic in her tomboyish presentation, but her genderless lyrical storytelling was something so easy for LGBTQs to connect with. The black and white noir-ish video for “Linger” had her wandering around the darkly-lit hallways of a building where a room projected videos of burlesque performers; meanwhile, another woman notices her as she passes bya shadowy androgynous figure whose appearance is both noticeable but never fully present. Her lyrics, too, were easily adaptable to same-sex relationships: “Were you lying all the time?/Was it just a game to you?/But I’m in so deep/You know I’m such a fool for you.”

O’Riordan was not queer, but she loved her queer fans. In 1994, she told Hot Press she’d found a group of lesbians at her show. Instead of making fun or acting grossed out, she explained how she’d learned more about this subset of her fans and appreciated their fervor.

“My first major lesbian encounter took place in London, before we left to tour Europe,” O’Riordan said. “At the last gig we did in London, in The Underworld, a lesbian group came in to see us play after some meeting they’d had. And they just stood there bawling their eyes out, calling my name, saying ‘Please, touch me’ as if I was some kind of saviour! And I couldn’t handle it at all! I was saying to the band ‘What’s wrong with them?’ But then I realised maybe it was the way I look or, more so, the nature of the songs, which deal with intimacy and anger and emotions that, to me, are about men, but for them could just as much be about women. It’s much the same thing, isn’t it?”

O’Riordan told Hot Press she’d initially been a little scared by the attention (“because I didn’t know too much about lesbianism!”) but followed it up with, “since then I’ve met lots of lesbians and most of them are lovely girls and I’m not afraid of them anymore. They live their life and I live mine.”

Two decades later, O’Riordan would speak with Chicago Pride about her homeland of Ireland’s achieving equal marriage, saying, “People should be able to be able to do whatever they want with their lives. A person’s sexual preference is their own business. I love the gay community. I mean, some of the greatest geniusespeople like Freddie Mercury, for examplehave been gay.”

In the same interview, she praised individuality (“I’ve learned that it’s very important to be yourself and very important to accept others for who they are.”), which has always been what LGBTQs have seen in a figure like O’Riordan. In her work with the Cranberries as well as her solo artistry, she offered an odd-person out camaraderie; an antithetical pop option that was was as political as it was relatable, as fury-filled as it was singable.

In “Ode To My Family,” O’Riordan’s crooning to be seen had anyone who felt like an outcast raising a lighter in the air: “Understand the things I say/Don’t turn away from me/’Cause I spent half my life out there/You wouldn’t disagree/D’you see me, d’you see/Do you like me, do you like me standing there/D’you notice, d’you know/Do you see me, do you see me/Does anyone care?”

When news came out today that O’Riordan had died at the age of 46, LGBTQs were among those in mourning. While no cause of death has been released of yet, fans were aware of her having struggled with both mental and physical health issues in the past. Still, it’s a huge shock and loss for anyone who knew O’Riordan and her work, which has inspired many artists today.

gone too soon.
rest in power to one of our biggest musical inspirations, dolores o’riordan.
thank you. pic.twitter.com/ZghvQS4p2M

Dolores O’Riordan passed away today. She is one of my biggest influences. Her songs hold huge amounts of my childhood memories. I’m so grateful for her contribution to music. Rest In Peace, Dolores. #cranberries #doloresoriordan pic.twitter.com/S3xDUlTaYb

No 😰 #DoloresORiordan Rest In Peace. I will forever know how to flip from full to falsetto because of you. I will be blasting your voice in my car all day today #thecranberries #rip

O’Riordan was a feminist and an artist whose work was infused with activism. She was a survivor of sexual abuse and a mother of three. She touched so many with her music and public persona, including Nathan Hotchkiss who, in 2012, talked with All Things Considered about how important The Cranberries were to his self-acceptance and coming out to himself.

“My preference seemed to always lean towards boys,” he said. “As I got older, I, you know, realized that it was part of who I was. Many of [The Cranberries’] songs’ lyrics that I listened to would talk to me and tell me that I wasn’t the only one out there going through feelings like this, and being treated the way I was.”

O’Riordan joined Hotchkiss on the podcast, telling him how she could relate to his story, too.

“You know, I appreciate you appreciating me because, you know what? It’s lovely to hear stories like that,” she said. “You know, to kind of think that your music touches people to that level – it’s really great, you know? And, you know, I think everybody in life, you know, we go through struggles. And the reason we go through those struggles is because later, we become stronger people.”

Rest in power, Delores. Thank you.