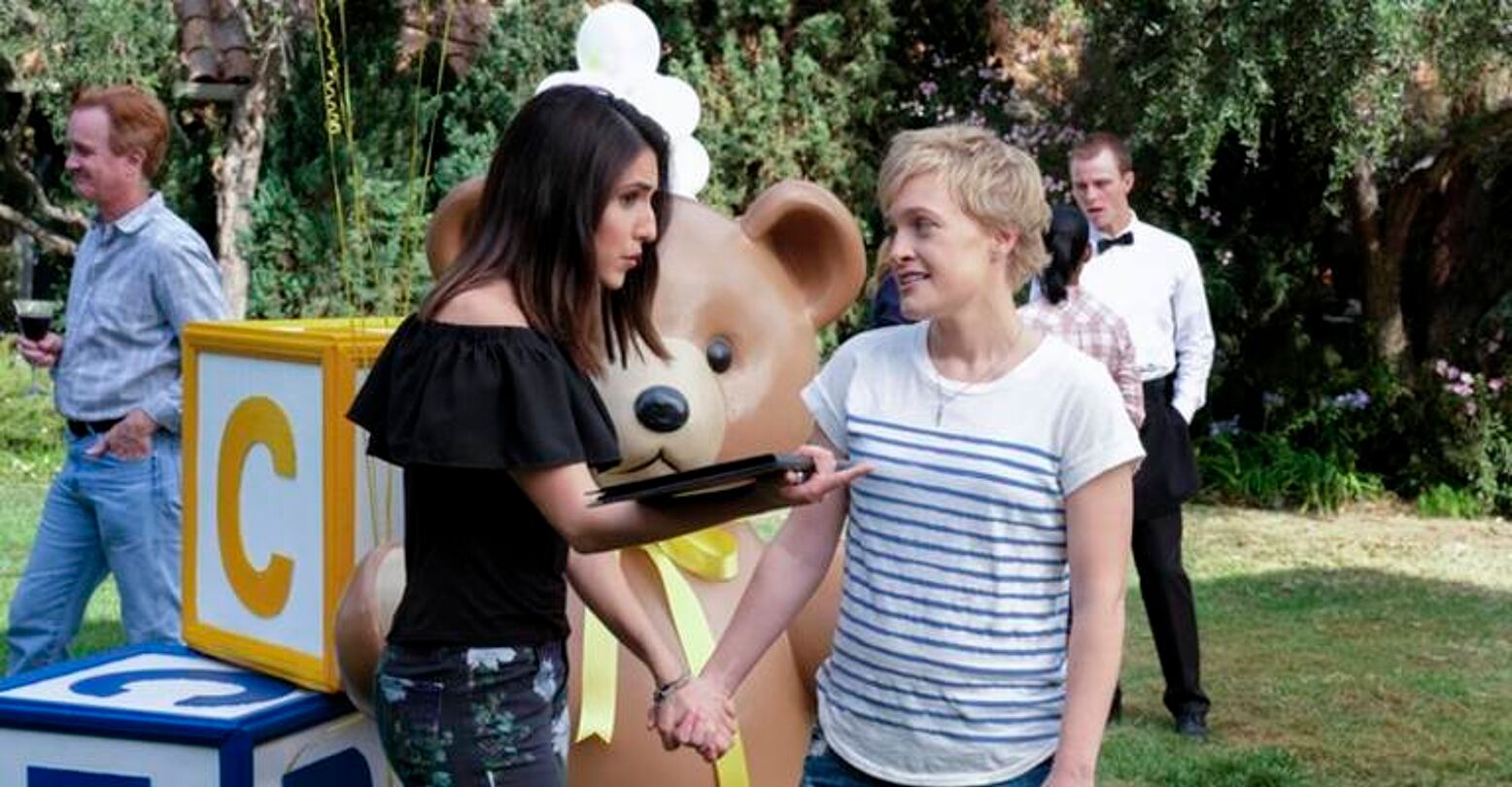 The CW’s Crazy Ex-Girlfriend is continuing its streak of progressive portrayals of bisexual characters. On last week’s episode, Valencia Perez came out as bi, making her the third bi character on the musical comedy to date.

That has to be some kind of record.

Usually, bisexual characters come few and far between on TVespecially positive portrayals of them. So to see Crazy Ex-Girlfriend reach beyond a singular, tokenized bi character and further exceed expectations with all three depictions of such is galvanizing. Valencia, played by Gabrielle Ruiz, was first introduced in Season 1 as Rebecca’s (Rachel Bloom) enemy, as she was dating Rebecca’s childhood crush, Josh Chan. In the past two seasons, Valencia has grown out of her archetypical straight girl hand-me-downs and bloomed into a complex feminist.

But the best part of being introduced to her queer storyline wasn’t the surprise itself, but rather the nonchalant nature of the reveal.

Early in Crazy Ex-Girlfriend, the character Daryll (Pete Gardner) came out as bisexual in a flamboyant and extravagant (but amazing) coming out number called “Getting Bi.” That song and dance inspired another character, Maya (Esther Povitsky), to come out as bi, too.

Until this episode, there weren’t any easter eggs pointing to Valencia’s sexuality. Instead we were were casually introduced to her new female love interest, Beth (played by out comic Emma Willmann), first a potential client who makes her laugh. Then, in the episode’s surprise time jump, we get a peak into Valencia’s future with this woman, and realize that somewhere along the way, their relationship switched from professional to romantic. The meet-cute unfolded with the ease and insouciance of a heterosexual rom-com. And until now, Valencia has only had one serious relationship, and it was with a man, so this was definitely new and noteworthy for her character.

Gabrielle Ruiz told Bustle that she was simultaneously happy and unsurprised when executive producer Aline Brosh McKenna brought this storyline to her.

Ruiz also mentioned that she loved how her character fell for Beth.

“The biggest thing that impacted me was when Aline said the reason she falls in love with Beth is because Beth laughs at her and she thinks Valencia is funny,” she said. “I relate to that because I feel like my husband is the only one who thinks that I’m funny. We met on Match and I sent him a message and he laughed at my message to him. To this day, he makes me feel like I hung the moon or a million dollars every time that he laughs at my silly jokes.”

The moment was a transformative one for Valencia, the caustic, straight-shooter of the cast. Her arc is one of learning to love, trust, and focus on herself and her career. So, Beth fulfills Valencia in multiple ways.

“She needs someone who respects her, understands her ambition and sees her,” Aline Brosh McKenna told Bustle. “She hadn’t found that with any of the men in town. Then she meets this woman and you can see from their very first conversation that Beth thinks she’s funny, she sees humor in Valencia that Valencia always wishes she had. And it’s someone who takes her very seriously in business and that’s extremely important. This is the person that she feels this comfortable connection with and it just happens to be a woman.”

McKenna says Valencia’s character was inspired by her real-life female friends who found same-sex love for the first time later in life. The showrunner seems to have a firm grasp on bisexuality and how sexuality, more generally, differs from person to personwhich is why Daryll and Valencia’s coming out stories are so vastly opposite.

“It’s different from Daryl’s story because Daryl discovering his bisexuality was a big part of his identity,” McKenna said. “For Valencia, the stakes of her having a lesbian relationship, which makes her bisexual, is more about the personal investment in this specific person. She’s a Bethsexual. So it doesn’t come up as an issue of self-proclaimed identity as it does for Daryl, because Valencia really knows who she is.”

Valencia doesn’t feel the need to label herself, but Daryll doesand that’s fine. Many times, bisexual TV characters don’t identify as such and insist on being label-free. McKenna is aware that this trope of “free spirits” engenders damaging bi-erasure.

“Labels are super important in certain contexts,” McKenna said. “Daryl saying that he was bisexual and naming it was very important for the show and also for Daryl in his quest to find his authentic self. We’re very aware of the tendency to erase bisexuality as a term, the tendency towards bi-erasure. It’s very important to us that we not do that.”

Queer people come to terms with themselves and their sexualities in many different ways, and the ways in which we own these stories also differs from person to person. McKenna promised that, “going forward, Valencia is in a voyage of her own self-discovery of her place in the world and Beth is a big part of that. Identity means a slightly different thing for her than it means for Daryll.”

The LGBTQ characters on Crazy Ex-Girlfriend are a testament to the brilliant, nuanced writing of the show and progress we’ve made in representation. It’s refreshing to see a breadth of bisexual characters and their stories being told on this show. Queer characters, specifically ones who fall on the spectrum of bisexuality, can now delve into same-sex relationships without evoking shock and horrorit’s no big deal, and that’s a big deal.