Interdisciplinary artist Cristina Pitter has spent the last year investigating her role as a queer, fat woman of color who has dated primarily white people in her solo show, decolonizing my vagina. On Thursday, August 30, she shifts focus to ancestry — that of queerness and color — for a new, tangentially-related multimedia piece, decolonizing the color of queerness. The piece is presented as an Open Studio performance at the Leslie+Lohman Museum of Gay & Lesbian Art’s Prince Street Project.

“I believe the work of decolonizing is an ever-growing and ongoing process,” she explains. “There’s not one right formula or way to do it, but I believe it starts with recognizing how white privilege seeps into everything we do, and how that has affected the way that even people of color engage with each other.” Pitter cites colorism and caste systems as vectors of oppression within marginalized communities. “[Decolonizing] starts with being able to just call [oppression] out — where the disadvantages are, how we are rooted in these systemic, oppressive systems — and then letting healing start from there.” For Pitter, the calling-out starts with herself, especially as a woman of color on the lighter side, with an education, who can “code-switch like nobody’s business.”

Despite her privileges, Pitter’s relationship with space, both inside and outside herself, has had its challenges. “When I was attending Brooklyn College for my BFA in acting, I went through a really difficult and dark time where I didn’t even want to be in my body,” she says. “I didn’t want to die, but I didn’t want to be here.” As she learned that society doesn’t want fat people, women, or women of color to exist, she cites an experience of self-abandonment as she struggled to find her place. “So it went from a place of not wanting to take up space, and not appreciating the space in my body, to cracking open something very tremendous and powerful in regards to where I come from,” she continues. 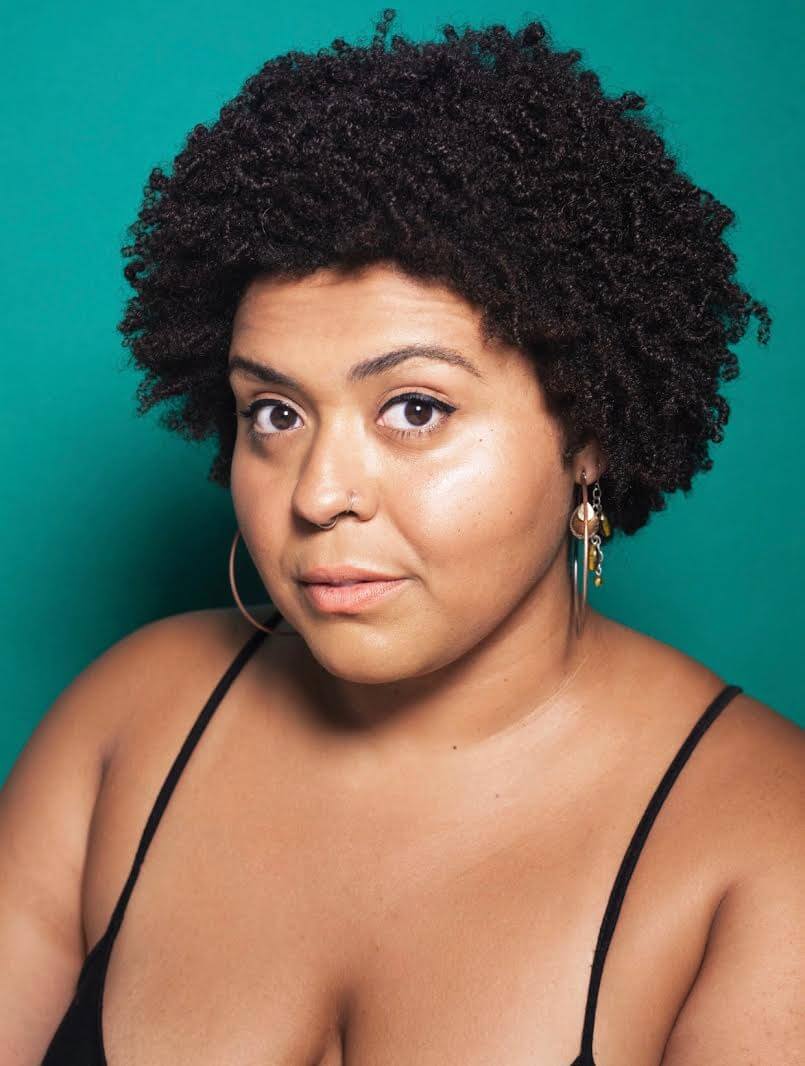 Pitter is interested in the ways white supremacy cuts people off from the practices of their ancestors, particularly practices of magic. As a practitioner of magic herself, she sees it as her duty to use her power to right wrongs, take up space, and take what is truly owed to her people. “And I don’t mean in a way of materialistic things,” she clarifies. “But energy, what it means to be in your body and take up space and create space for people to be their best selves, and for things to move in harmony as opposed to constant conflict and oppression.”

Though she didn’t grow up in a family that practiced magic, they did carry out certain rituals drawn from Yoruba and Santería, like “having a glass of water in the highest place in every corner of the house,” she says. These rituals weren’t discussed, but they were learned, and she intuited they were important. “When learning about the occult, and expanding my own knowledge, it’s purely following my curiosity. Yeah, I love vampires and all this fantastical stuff, but I also believe that everything comes from a place of truth.” In college, she taught herself, “You have access to [magic], and this is very real, and this is also a layer of reality that you can tap into to make more space and strengthen yourself in a world that doesn’t actively give you those tools.”

When it comes to her work and its encounters with artistic institutions that favor white gay men, she sees herself as a pragmatist. “You have to create space for other people, and the only way that I can do that is to say, ‘Oh, you like this aspect of me? Great. Well, if you want this, then you need to take all of this as well.’” While many oppressed people find themselves (legitimately) tired of educating others and meeting them halfway in the work of social justice, she says, “I know that I can, and so I will.”

Beyond her performance at Leslie+Lohman, Pitter looks forward to continuing to flesh out decolonizing my vagina as part of her just-announced 2019 Mabou Mines SUITE/Space residency. “It’s a great conversation-starter,” she says. 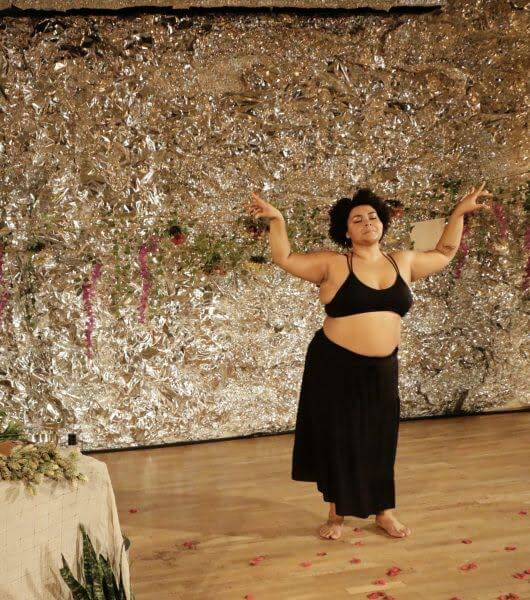 She concludes, “Even with the way that I approach things, it’s wild, the calculations that have to be done to survive in this country, knowing all the odds are against you. I trust that what I bring into a room, and what I bring into any space, comes with a lot of love. Righteous love, and anger sometimes, because of course I’m angry. I’m angry all the time. But I also know that there are so many people in my community that want my work, and work like mine, to raise to a place so that change and healing can happen, and so that’s at my core always.”

Cristina Pitter’s decolonizing the color of queerness will be performed at the Leslie+Lohman Museum’s Prince Street Project (127-B Prince St New York, NY 10012) on August 30 at 7pm. Attendance is free, but those wishing to attend must RSVP — see the event page for more details. She can additionally be seen in Modesto Jimenez’s OYE!  Avant Garde Night from September 20–22 and Stacey Rose’s The Danger: An Homage to Strange Fruit from October 4–13, both at Jack (505½ Waverly Ave Brooklyn, NY 11238).

Images courtesy of Leslie+Lohman Museum of Gay and Lesbian Art and Mabou Mines.