Magic has always been a refuge for outcasts and queers, and the tarot, for many, acts as free therapy, a trauma-coping tool, and a source of grounding for anxiety and depression.

But most tarot decks are cis, white, and otherwise heteronormative, which is why Cristy C. Road’s Next World Tarot is so crucial. Her newly released deck is a liberating reminder to those who are told they are criminals, lazy, a binary gender category, or other stereotypes and scripts projected onto disenfranchised communities. 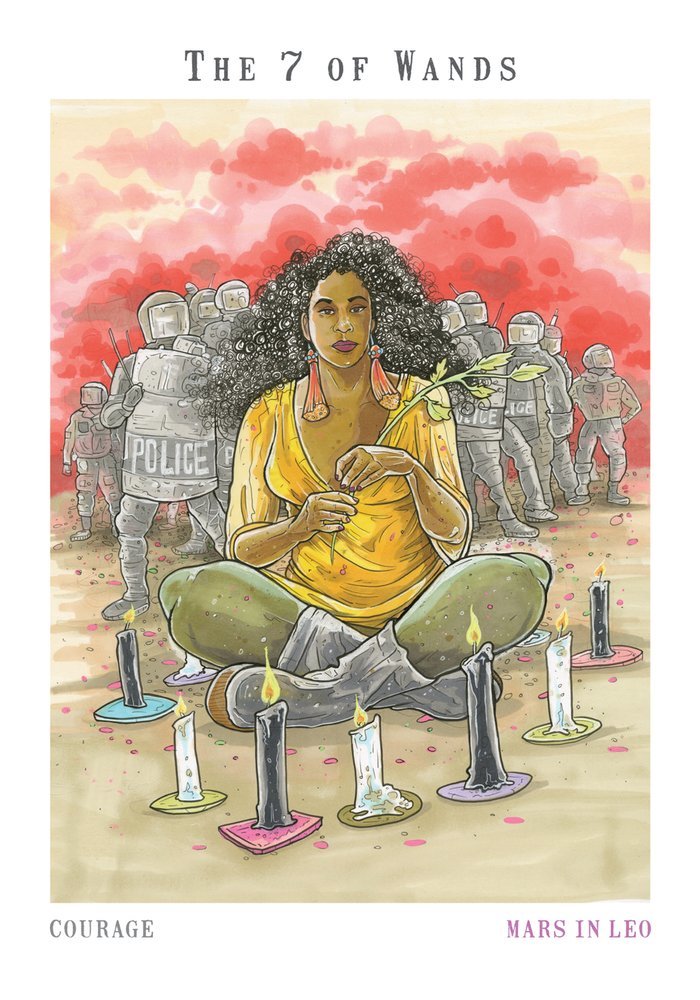 An artist beloved by punks, queers, and weirdos for over a decade, Cristy C. Road’s drawings have graced the covers of records, show posters, zines, and her own graphic memoirs. Last month, she released her long-awaited, Kickstarter-backed Next World Tarot, a divine deck of tarot cards featuring politically-charged interpretations of the major and minor arcana.

In Road’s deck, a mix of real-life mostly queer and non-white activists, teachers, and healers take the place of dated expressions of tarot archetypes (white kings, white queens, and so on). Road takes the foundational meanings of the cards and makes them explicitly relevant to issues of gender, race, class, ability, and, of course, revolution. Powerfully, Next World Tarot offers us the heartening possibilities of a post-apocalyptic world “where justice relies on respect and revolutionary love.” 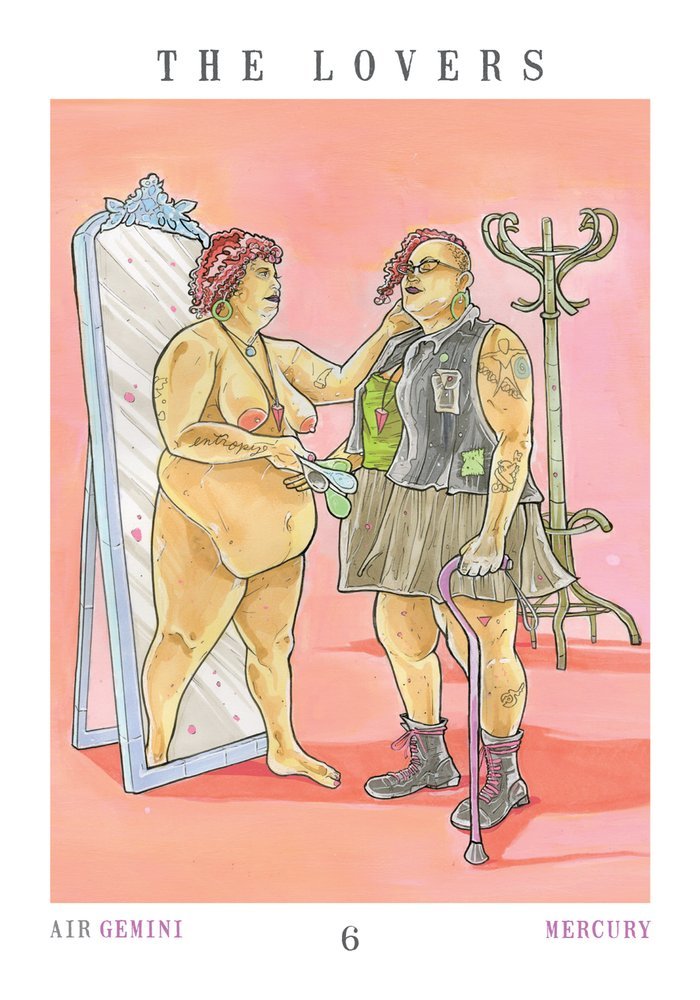 Road’s images are bold in the declaration that, as she states in the guidebook, “body outlaws, endangered cultures, and anti-colonial belief systems” belong in tarot magic. Take, for example, her rendition of the 10 of Cups card. The 10 of Cups is often a welcome card, as it symbolizes a time for celebration and joy, often associated with marriage. Road takes this heteronormative interpretation and turns it on its head: rather than an image of a straight couple rejoicing in riches, Road’s image is of intergenerational women of color, and asks us to “redefine family, security, wealth, and community on [our] own terms.”

Similarly, her rendition of the 2 of Cupstraditionally depicted as a romantic connection between a man and a womenillustrates a loving embrace between “two guys in love.” Road explains in her guidebook: “The 2 of Cups is love at its highest self. It’s when you realize that understanding romantic relationships and your sexual self isn’t about…adapting to a pre-disposed mold of monogamy, polyamory, non-monogamy, and physical autonomy; but about creating your own mold.” 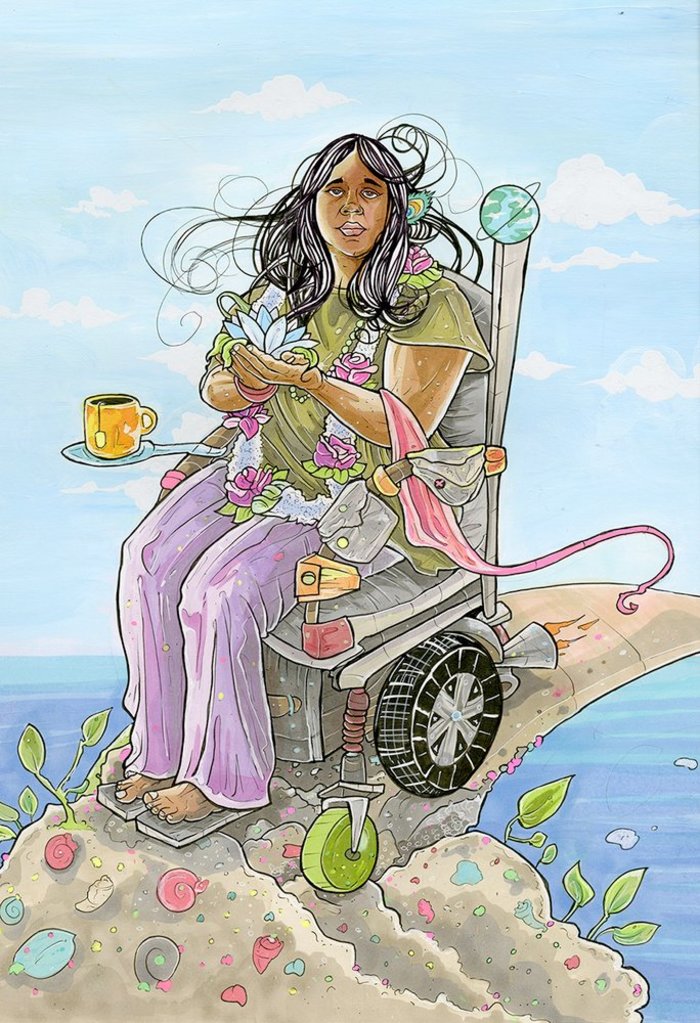 Her version of The Tower card is also unapologetic in its commitment to liberation. The Tower is known in the tarot as a card that says things are about to get really real; huge transformation is going to take place, but it might look a lot like destruction at first. A lot of people fear The Tower, but Road is getting to the root of The Tower’s potential when she re-names it “Revolution.” What The Tower actually signifies is magnificent growth, and the reminder that powerful change is often the result of powerful loss. The card, in any deck, gestures to the fact that all things are temporarythe good and the badand that that itself is a gift, even when it may feel painful. Next World Tarot evokes this teaching via resistance movements, filled with images of the Standing Rock Water Protectors and anti-war banners. 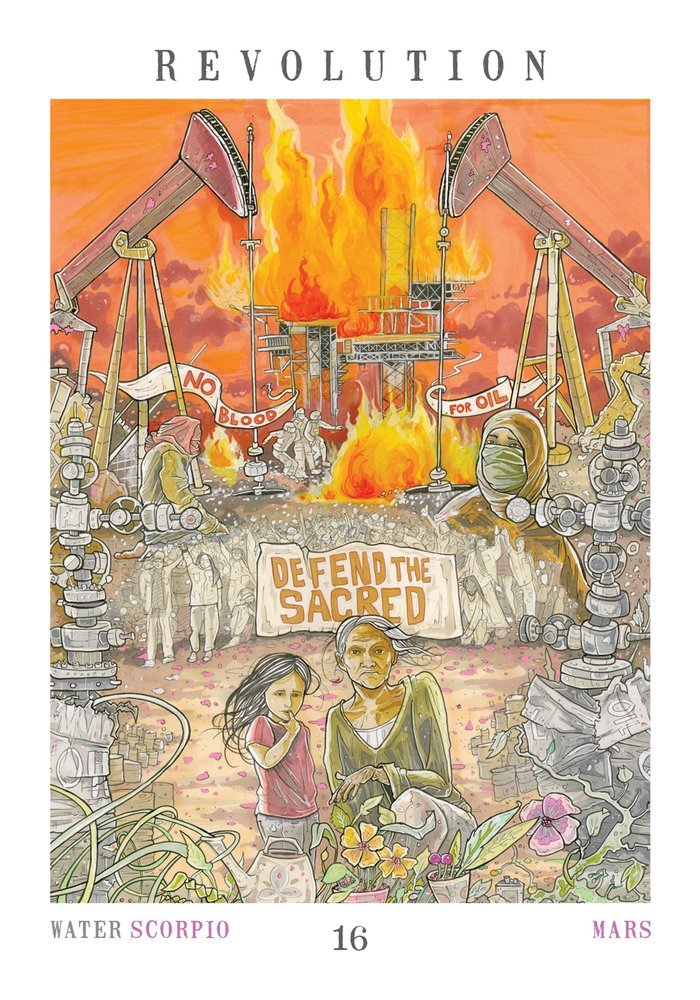 While Next World Tarot is a beautiful gift to the marginalized witches of the world, it’s also a much-needed wake-up call for tarot readers who are largely-privileged. The resurgence of tarot and occult practices has been accompanied by countless instances of cultural appropriation, racism, and a willful ignorance of power and politics. Examples abound as to why magick culture might benefit from some radical queer critique: from non-native people smudging their homes with indigenous sage without acknowledging histories of colonization to witches selling workshops on manifestation without acknowledging structural barriers like capitalism and white supremacy, the witch world could certainly use some lessons on power and oppression. 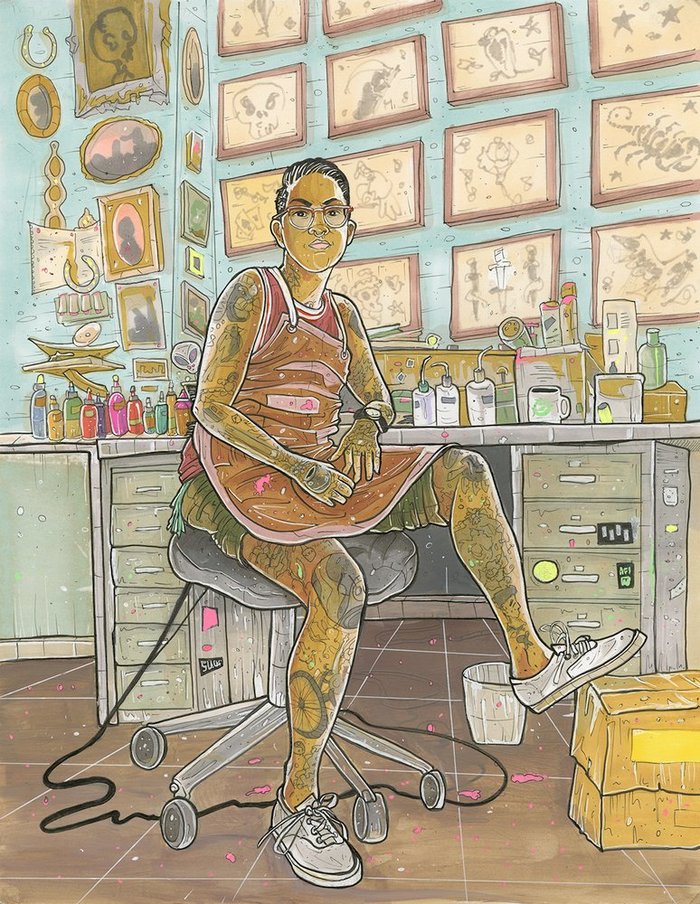 All of Road’s images and interpretations hold us accountable to the collective and urge us to consider how self-care is community care. How strength in ourselves can be strength for our people. And how, while those of us on the margins of normative societythe queers, the fatties, the POC punks, the crip feministsmay be disproportionately vulnerable on our own, together we are as powerful as revolution.

Together, we are magic.