When I heard that Scarlett Johansson had been cast to play Dante “Tex” Gill — “the woman who prefers to be known as a man”– I wasn’t surprised. Hell, I wasn’t even angry about it, if I’m honest. Great, I thought. Another movie about a transgender person that I won’t go and see. I can see the trailer now: fast cuts of Scarlett looking in a mirror and cupping her breasts angrily, a heavy but nostalgic eighties soundtrack rises as she sinks into a life of crime and intense lesbian sex with hot supporting actresses, now made to look slightly less hot so that they too might be nominated for their performances.

I read the news, clocked the reactions from the transgender community and readied myself for the oncoming onslaught of hysterical articles defending Johansson. I couldn’t wait for family and friends to inform me gently over dinner “That’s why it’s called acting.” Frankly, the whole thing just made me tired.

As of today, Johansson has dropped out of the project, giving a statement to OUT apologizing for her initial, somewhat tone-deaf response. Johansson told OUT that she was happy that at the very least her casting had sparked an important conversation around diversity and representation in film. It’s somewhat depressing to me that this conversation (which has been happening for quite some time) is just now reaching the right ears.

As the project moves forward, I’ll be interested to see who director Rupert Sanders casts next. Many may want a trans actor, but some in the butch lesbian community might argue that a cis woman is indeed a valid choice for the role. I recently came across an opinion piece claiming that Dante Gill wasn’t a transgender man at all, that he was, in fact, a butch lesbian, therefore a female actor is within her rights to play him. The author claimed that Gill was a butch lesbian and casting them as a member of the transgender community was homophobic, and an erasure of lesbian history.

There has long been in-fighting in the queer community over the boundaries between identities, and a particularly toxic strain of thinking has emerged recently from some lesbians in the community. They claim that trans women are not women, but a trick being played on behalf of the patriarchy to lure gay women into sleeping with men. Their claim that Gill was not a trans man, but a butch lesbian, is to mark Gill as one of their own — part of some history, but not mine.

I’m not going to address the sheer idiocy of that claim here, but this idea that Gill had been a butch lesbian rather than a transgender man got me thinking.

And my main thought was so fucking what? 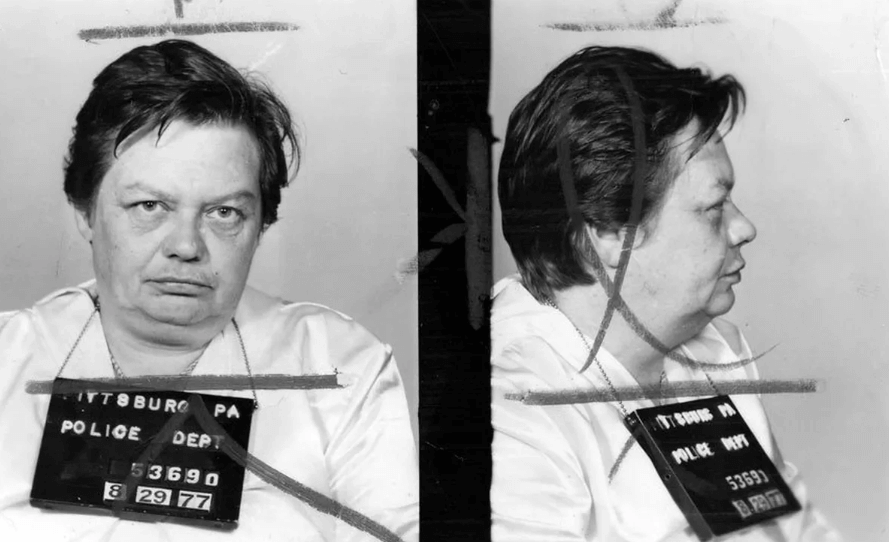 LGBTQ people have a hard time with history. So many of us are buried under the wrong name, or murdered, or willfully ignored by historians. Edward II? Probably gay. Caligula? Bisexual at the very least. James I? Literally wrote a book about how much he thought women were gross (he called them witches, but let’s be real) and had some very intense “friendships” with male courtiers. Anne Frank? Had crushes on boys and girls. There are people out there who have read Walt Whitman’s poetry in school and have no idea that he was a flaming queer. Sappho was not the first lesbian in history, she was just the first woman to hold her hand up and actually write it down.

Transgender people have an even harder time with this than our LGB siblings. For hundreds of years, a big part of being transgender meant being invisible. Whether you hid your “natal gender” (as my first endocrinologist called your sex assigned at birth) and attempted to pass as your chosen gender or rejected the fact that you were transgender at all, being visibly transgender or gender-nonconforming has always been potentially dangerous and remains so, in a lot of places, to this day.

Trans people have a hard time with history because so much of our identity is tied up with gender presentation, and so much more is tied up with the concept of medical transition, a topic cis people tend to be obsessed with — and which certainly matters to many trans people, but not all. Hormone therapy and gender-affirming surgeries are incredibly new, and in Gill’s day were still experimental and not widely known of. Not all transgender people opt to medically transition, and it’s certainly not a requirement, but for a person like Dante Gill it may well have been simpler to live as a butch lesbian sometimes using male pronouns than to attempt unsafe medical procedures.

There is great temptation to say that, had Dante Gill or Albert Cashier been alive today, they would have elected to medically transition and lived comfortably as trans men. And there is evidence to suggest that this isn’t just wishful thinking. Gill is rumored to have had the beginnings of a so-called “sex change,” though it’s clear from Gill’s obituary that they were happy with either set of pronouns. Gill may have adopted “Mr.” for business purposes, to evade taxes, to marry her wife more easily, or just for safety reasons. Gill also may have identified as a “Mr.” rather than a “Miss.”

But claiming Gill as a transgender ancestor shouldn’t negate his importance to the butch lesbian community. Claiming Gill as a butch lesbian ancestor doesn’t negate his importance to the transgender community. Being queer is, at its core, about being your most authentic self. For a lot of us, that means being a lot more than one thing. We can live in a world where Gill is understood in both contexts and neither community is cheapened by the association.

As far as I’m concerned, anyone in history with the courage to call themselves queer (or contemporaneous labels like invert, gay, or lesbian etc.) and live an unapologetically queer life belongs to the whole queer community. We are too hungry for our own history to be picky or to deny our LGBTQ and nonbinary family access to anyone who helped make the world a softer place for us to live in. Dante Gill was a criminal who ran a brothel and evaded taxes. They used whatever pronouns they liked and married their wife in Honolulu long before anyone put “Love Wins” on a T-shirt. They were a capable businessman, a good blacksmith, and frankly, an all-around badass.

Johansson’s casting hurt the LGBTQ community at large, regardless of the specifics of Gill’s identity. It subtly reinforces notions that queerness is a lie, an act, inauthentic, something to be put on or taken off. We live in a world where many still believe one can “pray the gay away.”

I’m hopeful that at the very least casting directors will understand now that we are paying attention to the choices they are making, and that in future it will be harder to make movies about us that aren’t intentionally for us. And as long as the next person they cast in the role is LGBTQ, I don’t care what genitals they have.