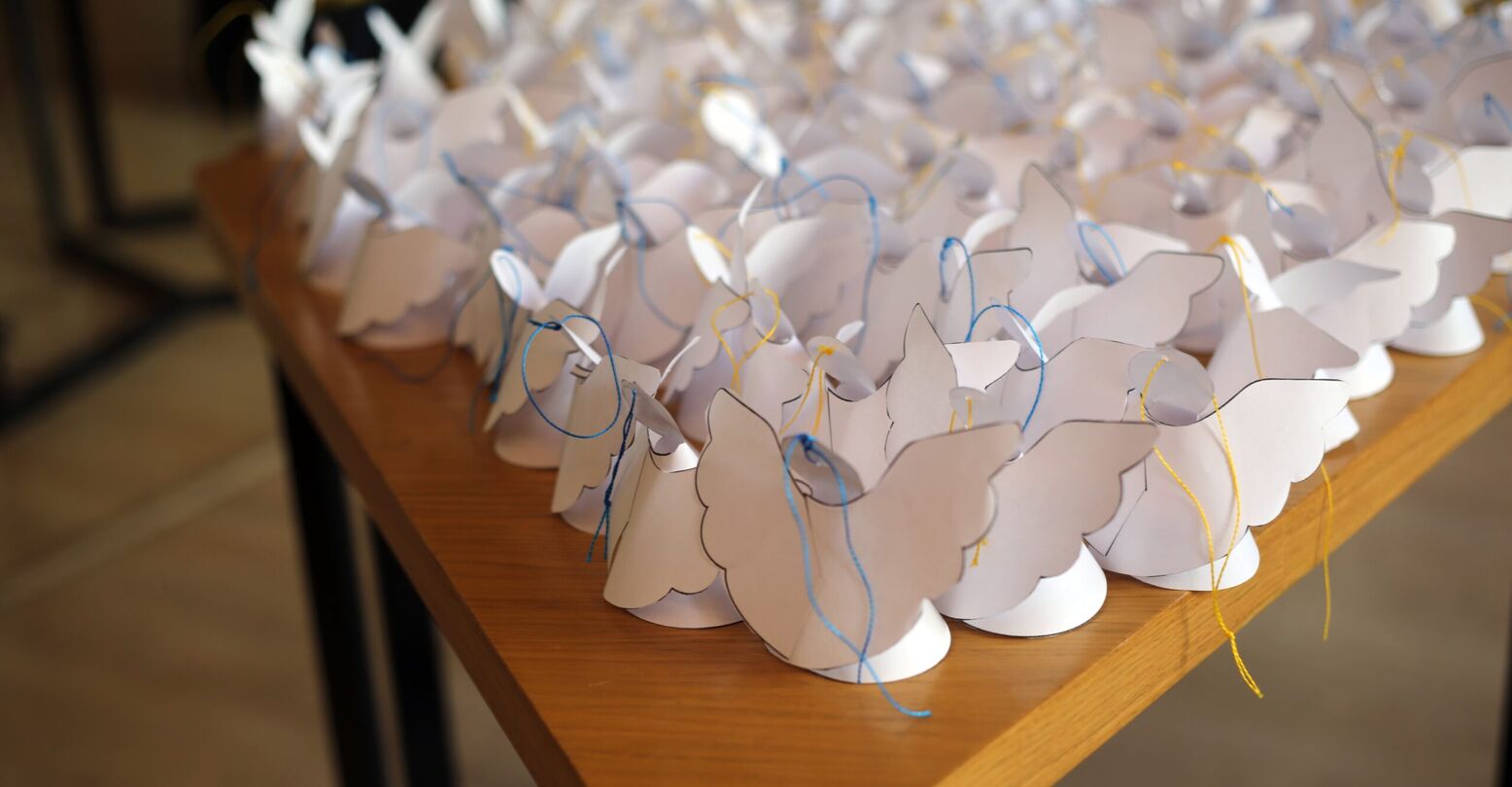 Shatzi Weisberger is a 91-year-old “political lesbian,” an activist often recognized for her irreverent protest signs. But lately, Weisberger has become known as a death educator, giving people resources to face their deaths with mindfulness and dignity. Recently, she sat down for an interview with The Advocate’s “LGBTQ&A” podcast where she discussed her advocacy work, both for the living and the dying.

queer as in free palestine pic.twitter.com/IagNycdjUS

Weisberger got her start as a nurse, and this gave her an intimate acquaintance with mortality in all its aspects. “I was a nurse for 47 years,” she says, “and my main interest was birth, coming into the world, and death, leaving the world. I wasn’t comfortable with death. I was interested in it.”

Weisberger’s work as a nurse also coincided with the 1980s AIDS crisis, and this played a big role in awakening her political consciousness. She recalls, “My first demonstration, one of my earlier demonstrations, was here in New York City and we did a die-in along with other people lying on the ground. And I started to cry because I felt that I was in the right place doing the right things with the right people. I felt very together about it. I have been an activist ever since.”

In her older age, Weisberger’s interest in death and advocacy for the dying transformed into death education. “About five or six years ago, I was bored. And I said, ‘I have to have a project.’ And I thought ‘I’ll become a death educator.’ So I took a five-month, 70-hour course at the Open Center on thanatology, the art of dying, and I took a hospice course with the New York City visiting nurse service, and I started doing workshops on the art of dying.”

As a death educator, Weisberger speaks on topics that range from the prospect of the afterlife to environmentally-friendly burials. Her work often shines a light on how our relationship to death has changed in modern times, how it used to be much more common for people to die in their homes as opposed to dying in a hospital bed, thoroughly medicated.

“Actually, up until quite recently, there wasn’t much people could do in terms of pain and pain relief and I think perhaps people weren’t as afraid of pain as we are today,” she says. “We really don’t want to have any pain whatsoever, as if pain is not part of life, as if dying is not part of life.”

At the same time, Weisberger does not deride people for choosing pain-relieving drugs—her work is about making sure that people understand their options for meeting their death.

At the end of the day, Weisberger’s acceptance of pain, suffering, and death lends her a unique perspective on the good fortune in her life. This is best summed up when she describes her response to a foot condition that has left her in constant pain and mostly unable to walk.

“I think how lucky I am that here I am almost 92 and I’m experiencing chronic pain for the first time,” she says. “It’s amazing. So many people suffer so much, and I have been very blessed, very lucky. Aging has been pretty easy for me. I have been very lucky.”