It’s time to bust out those holiday traditions. Whether it’s biting your tongue during every excruciating family conversation or trying to make a gift card seem like an actually thoughtful gesture for that coworker you barely know, we all have our favorite Christmas moments. Or, you know, you could just enjoy a spiked cup of hot chocolate (I recommend a good pour of butterscotch schnapps) with a good holiday film.

Sure, you can stick with the good old childhood favorites like The Santa Clause or Jingle All the Way. Or you could go with the obscure off-genre classics like Die Hard and Gremlins. If you’re a particular brand of masochist, you could just go with one of the 15 tacky Hallmark Channel originals that Candace Cameron-Bure or Melissa Joan Hart has starred in this year.

Don’t forget the queer classics this season. I know a holiday that centers on Christianity and American capitalism doesn’t scream “queer-friendly,” but some of our favorite seasonal films feature queer characters and storylines.

Add these titles to your queue before the holiday ends.

This ‘90s classic stars Juliette Lewis, Steve Martin, and Adam Sandler at the prime of their careers, with cameos from a young Parker Posey and Jon Stewart. But our favorite character is Chris (Liev Schreiber), a trans woman who seeks a safe space for the holidays at the headquarters of a suicide hotline operated by Martin’s character. As a chaotic series of events ensues during Christmas Eve, Chris finds love with the young Sandler’s ukulele-playing character. 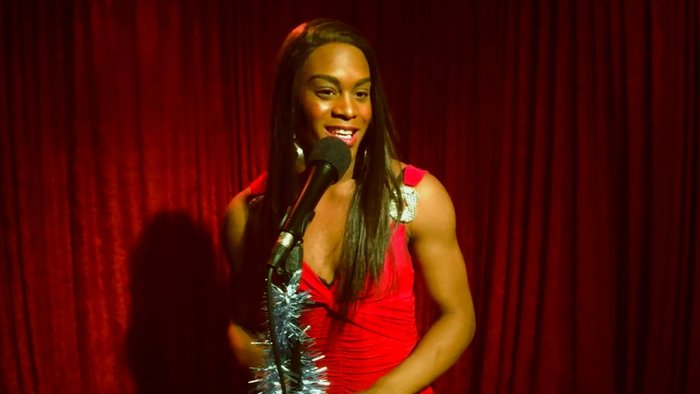 Trans actresses Kitana Kiki Rodriguez and Mya Taylor give stunning performances in this 2015 indie hit. Sin-Dee (Rodriguez) is a trans sex worker who’s been released from jail, just in time for the holidays. When her best friend Alexandra (Taylor) informs her that her boyfriend/pimp (James Ransone) has been cheating on her, she sets out to put him and his new lover in their places. Meanwhile, aspiring musician Alexandra prepares for a big performance. 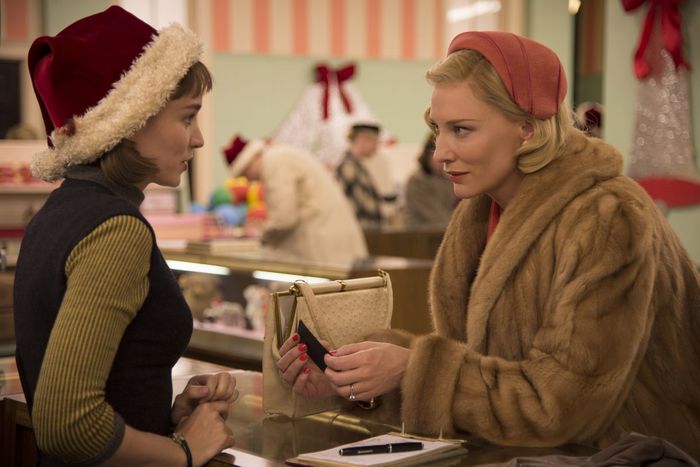 Based on the 1952 literary classic The Price of Salt by Patricia Highsmith, this 2015 Oscar-nominated film tells a forbidden love story between a married woman and a young photographer. When retail worker Therese (Rooney Mara) meets the beautiful Carol (Cate Blanchett) at a department store during the holidays, the women develop a passionate relationship, which soon complicates both their lives. 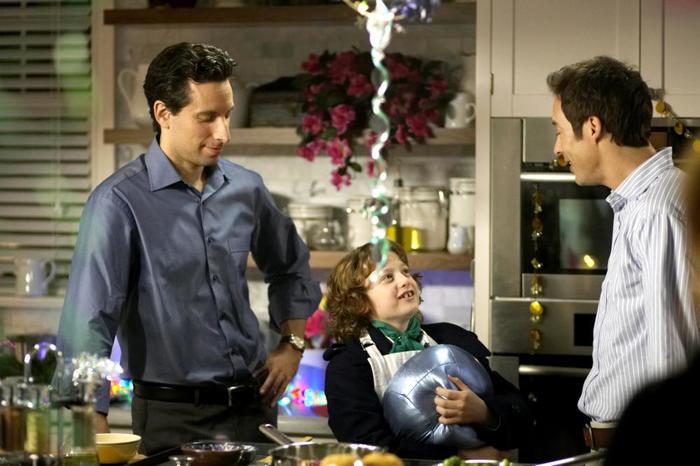 Eric (Tom Cavanagh) is a retired hockey player turned sports commentator, who’s secretly living with his life partner, sports lawyer Sam (Ben Shenkman). When they suddenly become the guardians of Sam’s brother’s stepson, Scot (Noah Bernett), they find the demands of being parents during the holidays are overwhelming. The demands of caring for a flamboyant young boy as a closeted gay couple are even more stressful, but ultimately force the new dads to embrace who they are. 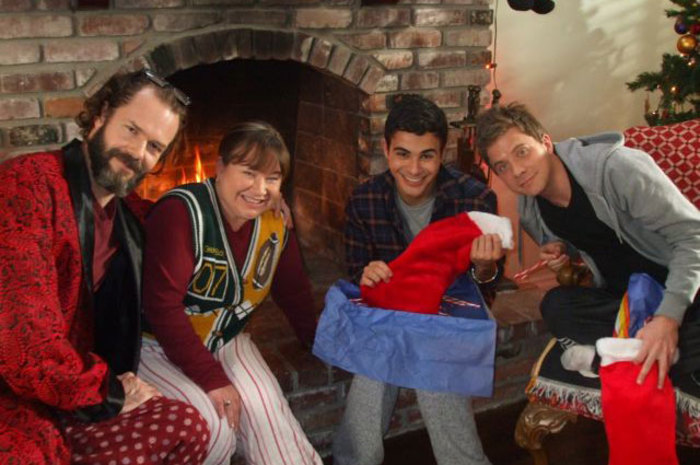 Gunn (Keith Jordan) and Nathan (Adamo Ruggiero aka Marco from Degrassi, aka most millennials’ first gay TV crush) are the perfect gay couple at their liberal college. But when Gunn returns home for the holidays, he has to play it straight, a tough task with a sudden visit from Nathan. With the support of his loving boyfriend and his ex-girlfriend (Hallee Hirsh), he works up the courage to tell his family the truth. 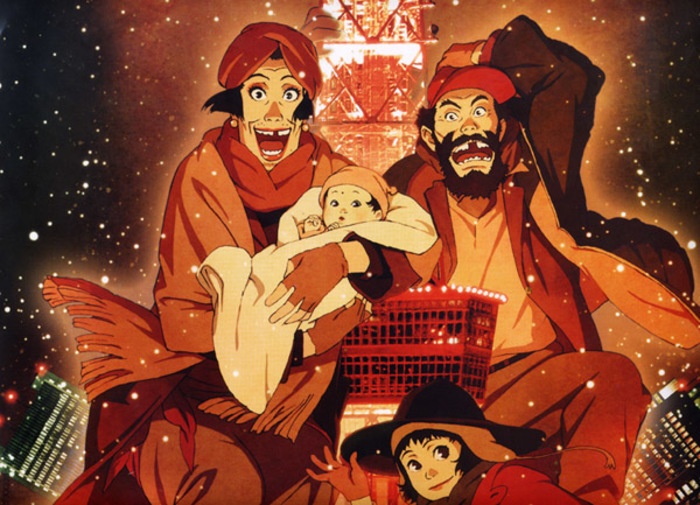 This rare Christmas classic comes in the form of an anime comedic drama. Gin (Darren Pleavin) is a middle-aged alcoholic, Miyuki (Candice Moore) is a teenage runaway, and Hana (Myrta Dangelo) is a former drag queen. But together, they’re a homeless makeshift family surviving the streets of Tokyo during Christmas Eve. While rummaging through the trash for food, they find an abandoned newborn baby. With only a few clues, they search Tokyo for the infant’s parents. 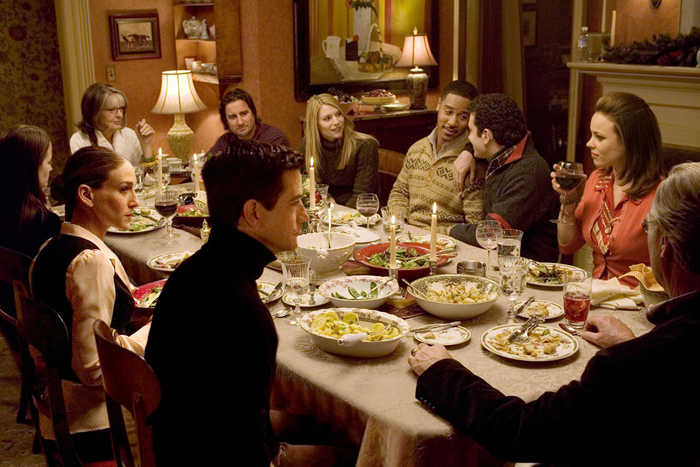 Diane Keaton, Sarah Jessica Parker, Rachel McAdams, Claire Danes, and Luke Wilson make up the impeccable ensemble of this holiday favorite, which is a total tearjerker. As the Stones struggle to welcome the eldest son, Everett’s (Dermot Mulroney) girlfriend, Meredith (Parker) to the family during Christmas, an uncomfortable argument breaks out about his deaf and gay brother, Thad (Tyrone Giordano). It results in a fierce, queer-advocating mama bear performance by Keaton and a perfectly GIF-able quote from Parker. 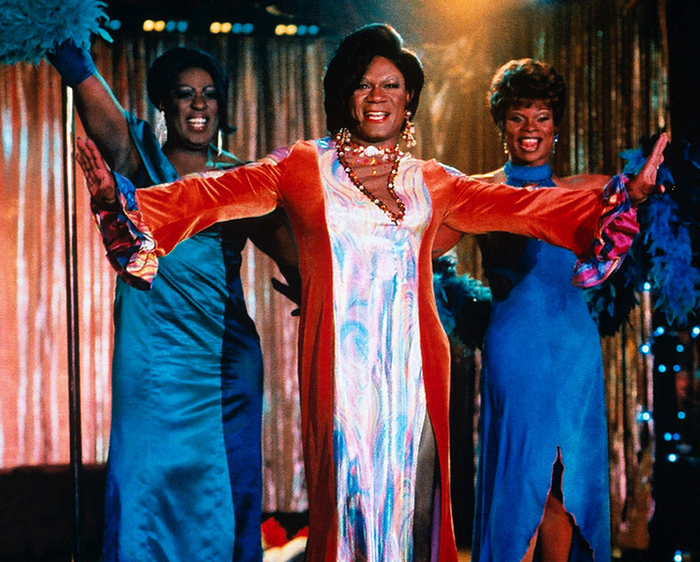 Ving Rhames stars as the titular Holiday Heart in this emotional and undersung Christmas movie. A drag queen whose boyfriend has recently died, Holiday opens up his home to a drug-addicted single mother, Wanda (Alfre Woodard) and her daughter, Niki (Jessika Quynn Reynolds). Holiday befriends Wanda and becomes a father figure for Niki, but when Wanda gets involved with a drug dealer named Silas (Mykelti Williamson), the relationship threatens their happy new family.

This 1999 crime comedy follows the intertwining lives of a group of people in LA on Christmas Eve. Sarah Polley stars as Ronna, with Katie Holmes as Claire, two grocery store clerks who attempt to sell some pills at a Christmas Eve rave to make ends meet. Adam (Scott Wolf) and Zack (Jay Mohr) are two famous soap actors in a secret relationship. On the hook for their own drug crimes, they attempt to set up Ronna for a drug bust in exchange for their own clean records. 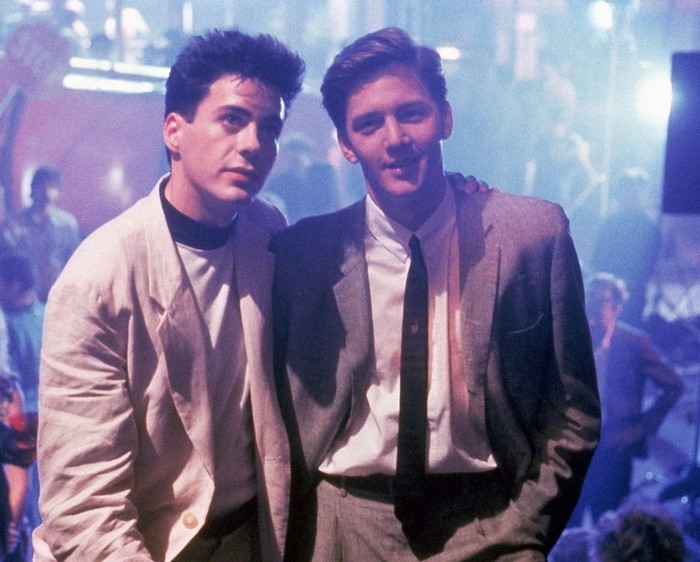 Bret Easton Ellis’ debut novel comes to life in this 1987 film starring James Spader, Andrew McCarthy, Jami Gertz, and Robert Downey Jr. When Clay (McCarthy) returns to LA for Christmas break from his first year of college, he reunites with his former best friend, Julian (Downey Jr.) and ex-girlfriend, Blair (Gertz), who are now in an unhealthy relationship. Although the book is much queerer than the movie, there is an element of veiled bisexuality in the film.