Demi Lovato has always been vocal when it comes to politics, but last night she flexed her activist muscle in the sweetest way. The pop star brought survivors of the mass shooting at Marjory Stoneman Douglas High School which tore through Parkland, Fla. earlier this month, on stage at her “Tell Me You Love Me” Tour.

Many of the survivors have been extremely outspoken since the massacre, taking to social media to address the issue of gun violence. Lovato took notice of these teenagers almost immediately following the shooting. After survivor and activist Emma González made a fiery speech about gun control, Lovato tweeted, “Does anyone know how to get in touch with Emma González?”

The singer and activist also spoke to CBS This Morning about the school shooting, offering, “Seeing something that disturbing is just painful to watch andmy heart goes out to them.” 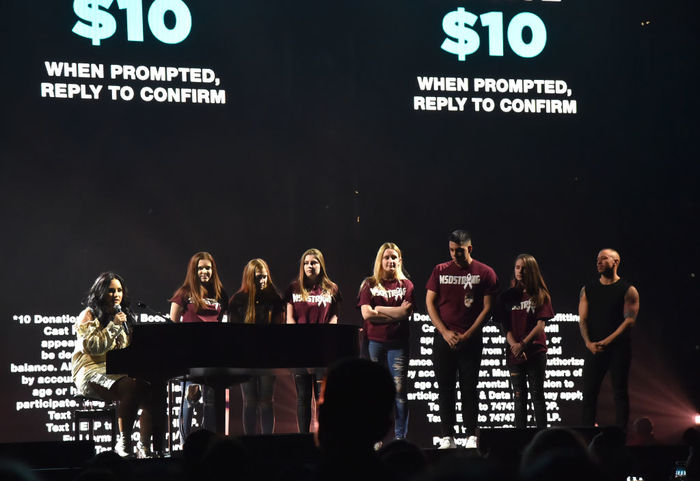 The tour opened last night in San Diego. Lovato welcomed the survivors with a heartfelt intro: “On February 14, one of the worst mass shootings in American history took place. These students were in school that day. Please welcome them to the stage.” She told the crowd, “It has nothing to do with politics. It’s about healing. It was how can we help these students heal from what they’ve been through? These students that came here today and shared their stories are so incredibly brave and courageous and they really are warriors in my eyes.”

In the past, Lovato has advocated for many social issues. Aside from being a loud and proud member of the LGBTQ community, the bisexual singer has also been vocal about her struggles with mental health, and even met with legislators on Capitol Hill to discuss comprehensive health reform in 2015. 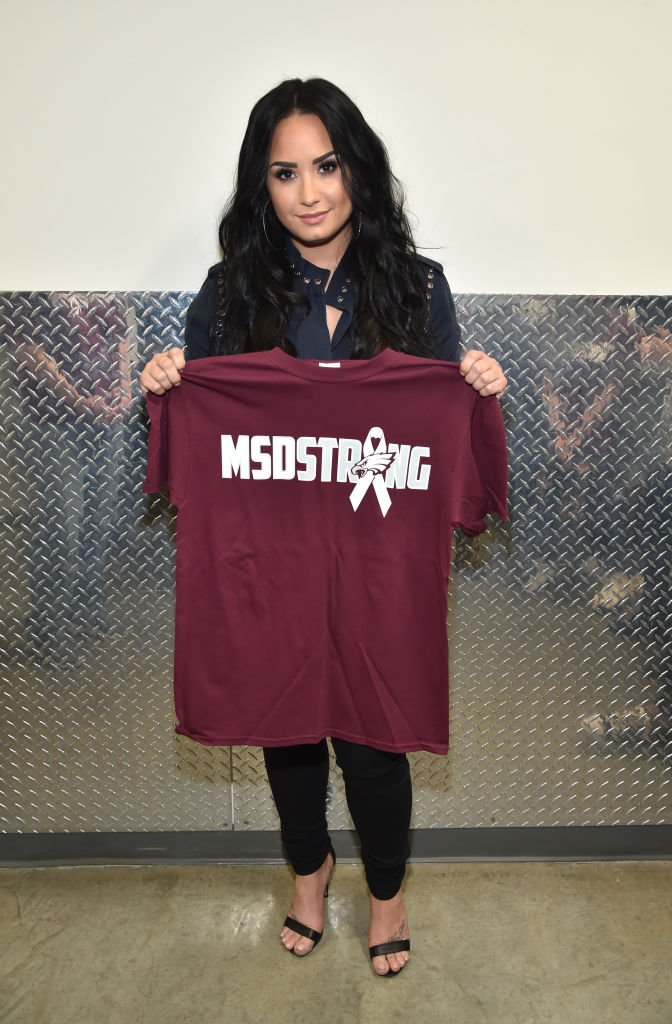 Demi Lovato consistently uses her platform for good, standing up for marginalized voices and those who have been silenced every chance she gets. Last night was just the most recent show of the pop star’s gigantic heart, and I wouldn’t be surprised if we saw other similar demonstrations on the “Tell Me You Love Me” Tour, which stretches worldwide, all the way through late June. Bisexual R artist Kehlani also joins Lovato on tour, as does DJ Khaled.