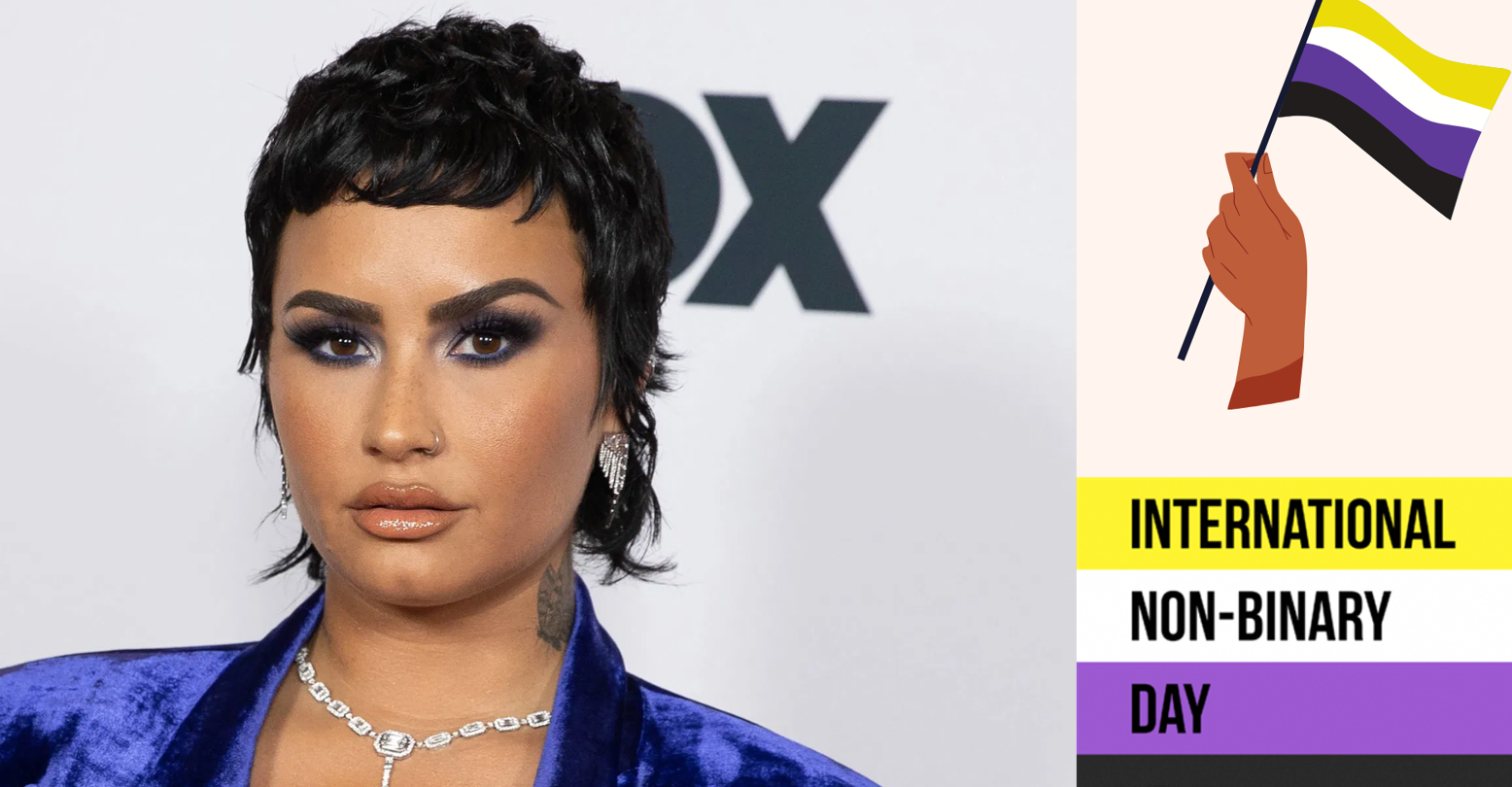 It’s pretty impossible not to love Demi Lovato. The singer, actor, mental health advocate, and nonbinary activist has never pulled punches about their struggles with depression, disordered eating, and gender identity. So when Nonbinary Visibility Day comes along, it’s the perfect opportunity to stan, especially after Lovato’s last few Instagram posts celebrating the beauty and wonder of nonbinary identity.

In an extremely relatable post shared yesterday, Lovato extended empathy for fans and friends who are still struggling to make the switch referring to the singer using they/them pronouns. “I accidentally misgender myself sometimes!” Lovato wrote. “It’s a huge transition to change the pronouns I’ve used for myself my entire life, and it’s difficult to remember sometimes!”

Hear, hear! The singer ends by reassuring fans that it’s ok to mess up on pronouns sometimes, as long as they “keep trying to respect my truth.”

It’s a beautiful sentiment that a lot of people need to hear. Part of getting pronouns right means messing up pronouns a million times before you actually get the hang of it. The fact that a nonbinary person is out there educating instead of pointing fingers is pretty great, especially since a large part of Lovato’s fanbase might have no idea what they/them pronouns are at all.

I felt the need to post this because I often find that the change in pronouns can be confusing for some, and difficult to remember for others. It’s all about your intention. It’s important to me that you try, but if you make a mistake, it’s okay 😊🙏🏼💞 pic.twitter.com/nd37qvMGqk

Lovato continued to educate fans by reposting a poem originally shared by writer/illustrator Theo Lorenz. The poem, Lorenz explains in their original post, was written by their 73-year old grandmother, who was a bellydancer in Alaska in the 70s and a woodcutter, so an all-around insanely cool person who *gets it.* Lovato reposted the poem on Instagram and Twitter, thanking nonbinary activist and artist Alok Vaid-Menon for bringing it to their attention.

Another post, shared from nonbinary creator Matt Bernstein, explains the misconceptions behind the nonbinary label in a clear, instructive way. “Nonbinary is not an aesthetic,” the post explains. “There is no correct way to look nonbinary.”

Lovato has basically used their social media presence to educate people and dispel misnomers about nonbinary identity this week, just in time for Nonbinary Awareness Week, which officially kicks off today. With an ally like Demi in our corner, nonbinary folks are officially ready to take over the world.