Even before acquiring international diva status thanks to stints on RuPaul’s Drag Race (Season 5 and All Stars 2), Detox made a name for herself by appearing in music videos for Rihanna, Lady Gaga, and Kesha. Her stunning looks, strong personality, and candid sense of humor made the Florida-born, Chicago-based queen one of the most memorable Ru girls. Who could forget that amazing all-silver runway, that lemon-yellow hair and set of brows in the confessionals, or that quivering lipsyncing chin?

In person, just as on TV, she looks to be from another planet. INTO had the chance to catch up with Detox during her recent visit to Buenos Aires. We find her in the dressing room minutes before going onstage to perform Roísín Murphy’s “Momma’s Place,” clad in white and silver, intermittently sequined from wig to toe. A few strands of hair intentionally cross her face. She is glittering and glowing like a celestial vision, and we had the chance to discuss her inspirations, bubble baths, her older sister and her trans sisters, Drag Race, and her passion for fashion. Because you know she’s gotta habit.

Why do you think people like you so much?

Who have been your inspirations?

Oh God, so many people. My sister. [Coughs] Excuse me — I’m not crying yet, it was just a cough. My sister first and foremost has always been my biggest inspiration, she’s been my rock since the day I was born. My friend Sassy Devine, Monica Monroe, CR Fox, my drag mother Mizz Kori. They are pioneers in the drag world in the States who have paved the way for me to be able to do what I do, do it well and with respect. Madonna is obviously one of my biggest influences, I love her. Roísín Murphy, who you’ll be hearing a lot of tonight.

You always mention your sister — what role has she played in your life?
Because she was my big sister, I grew up admiring her and from the very beginning, she took me under her wing. She knew there was something special and different about me. So she always tried to protect and support me. Without her I wouldn’t really be doing what I’m doing because she’s always been so encouraging of it, of me being an artist and me just being myself. Plus she’s a fierce bitch. I remember just watching her get dressed. She was like my icon. She still is.

The first two times you visited Buenos Aires, serving Argentine first lady realness, you sang songs from the 1995 film Evita. What made you take interest in her, apart from the fact that she was played by Madonna?

I’ve always been drawn to strong women. To me, she was probably the strongest of that generation. I don’t know everything about her but I see how she brought the people together and what she did for the community. And she influenced pop culture not only in Argentina but in our part of the world as well. When she passed away, her death made front pages of newspapers across the globe. Clearly, she had a huge impact and her presence resonates still, over 60 years later. Obviously, I wouldn’t have gotten to know much about her had it not been for my infatuation with Madonna, but I’m lucky I did. 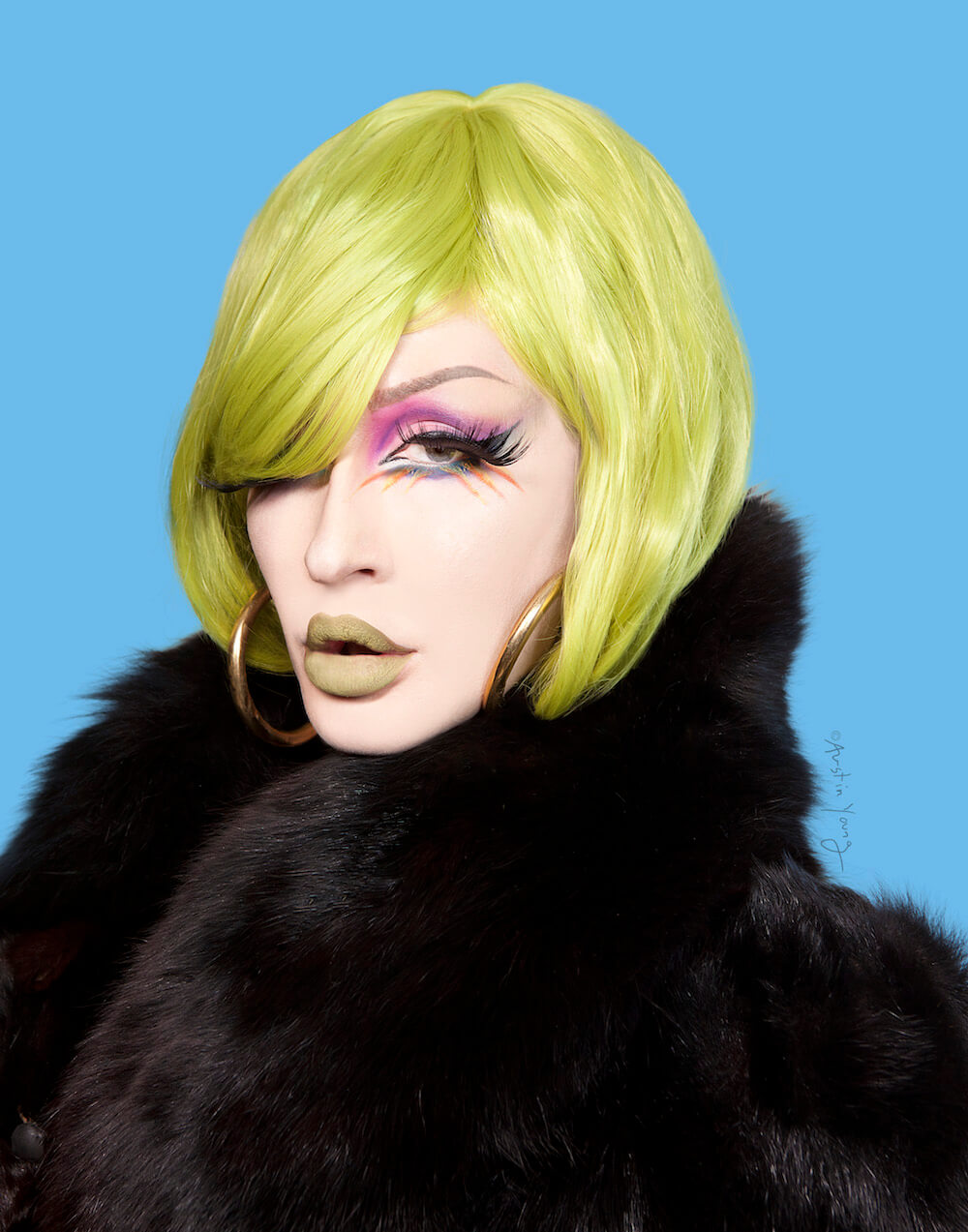 The song “I Like It Like That” is all about self-love and self-care. Have you always taken care of yourself?

I’ve always wanted to take care of myself. Now I have the means to do so in a better way. What I do and how much I travel affects my body and my psyche. In the past couple of years, I’ve learned self-care is a necessity. It’s important to take some time out for yourself to breathe. I try to make sure I’m in a good mental space and caring for my body and well-being. It gets difficult on the road but pampering yourself with simple things like a bubble bath are really good means of self-care. I also try to not push myself as hard as I used to.

Have you always loved yourself?

I feel like there’s always been a part of me that has. But it took a long time to get to the point where I truly understood and appreciated myself.

How did you get to that point?

I think it had to do with fully coming to come to terms with my sexuality, my individuality, and my being and learning to love myself through all the flaws and insecurities. And having a really great support system: my family, my sister, my nieces, and nephews, just surrounding myself with people who care for me. No matter how poorly I may feel I’m doing, I always have people around me to lift me up.

What makes you happy?

My family, being home, taking baths. My fans. A lot of things make me happy. I’m a pretty happy person.

What are your views on trans and cis women who do drag?

I think they’re amazing. I got my start with the support of my trans sisters in Florida. I wouldn’t be around if it weren’t for those girls! I think trans women are a larger part of the drag community than people give them credit for. As far as cis women go, Ru says it all the time: “We’re all born naked and the rest is drag.” So I think when someone has a problem with cis women doing drag, that’s their own personal hang-up. I feel like we can’t fight for inclusivity if we’re not being inclusive of all types of people.

Do you think drag provides a link between the gay and trans communities?

I like to think so, because that’s how I grew up. Like I said, it’s always been my trans sisters who supported me the most in my drag career. Such a crazy divide has formed between the trans, queer and drag communities in the past couple of years. I see it, for example, in the fact that there aren’t more openly trans competitors on Drag Race. It’s upsetting to me, but it also creates a huge dialogue for the topic. Trans people are such a part of American drag culture. You know, Stonewall wouldn’t have happened if it weren’t for them. They were the first to throw the stones. They were the first to stand up and not take shit from the government and not be afraid and be activists.

Speaking of Drag Race, what are your thoughts on the last season?

Uhh, it was boring. I think it was better than some of the later seasons but still boring. I wish it was back to being about the fundamentals of drag, the creative process, and the amazing talents that are on the show instead of winding up the girls to see what they can get them to do for laughter and applause, how they can get them to make good television.

After Mayhem Miller went home, who were you rooting for? Were you team anyone from the top four?

Not really. I think they were all a decent representation of the show. Any of them could have taken the crown and I would have been fine with it. I wish Miz Cracker and Monet would have gone a little further. I really enjoy their characters and them as human beings and people.

You’ve got a passion for fashion — why do you enjoy it so much?

Why not? Who doesn’t want to look and be beautiful? It’s something I’ve been in love with and fascinated by since I was a kid. Now that I’m older and more successful and able to treat myself to nice things, I try to do so as often as possible. I think it’s such a beautiful and entertaining world. I was just in Paris for the Dior Homme show and seeing Kim Jones and how amazing he is and how much of a collaborative effort it was to create that first iconic show was a really beautiful thing. The fashion world is much more of a tight-knit community than I think people realize. It’s similar to the drag world. People are supportive of each other, there’s a really strong bond, a kind of familiarity that’s interwoven between all of us although in a sense we’re all competitors. We still wanna see everybody doing really well.

What is the relationship between Matthew and Detox?

They are the same person. They are one and the same. Detox just has a lot better clothes than Matthew does at the moment.