U.S. Olympic skater Adam Rippon seems to have broken the ice with a man from Finland but are they dating?

The Kennedy Davenport-quoting, harness-wearing sass machine of the Winter Olympic season just posted a shot to his Instagram of he and another man at Runyon Canyon in Los Angeles with only the caption, “Good Boys Finnish First,” complete with an emoji of the Finnish flag.

With nothing else to go off, people began to speculate whether Rippon is dangling his new boy toy in front of the internet’s collective face. People in the comments have even begun to ask Adam directly if the two were dating. 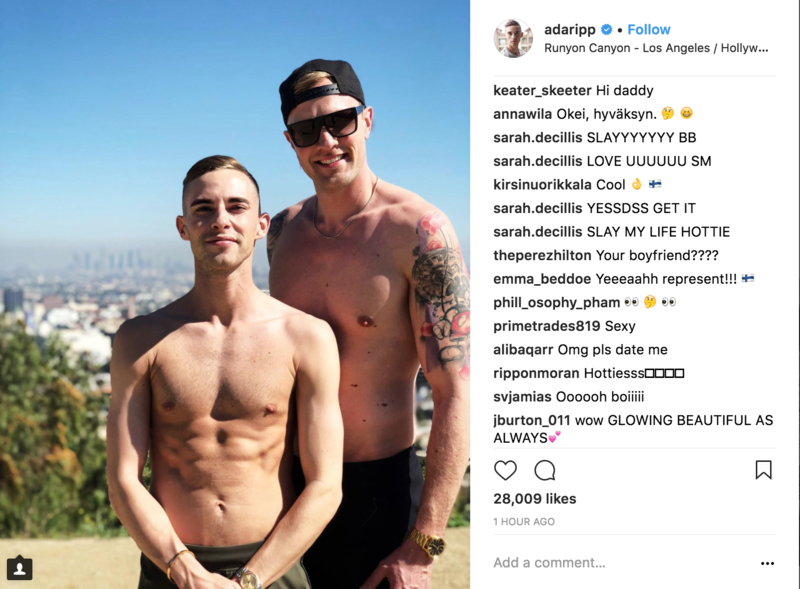 As recently as early March, Rippon told Ellen DeGeneres on her show that he was single. When DeGeneres asked Rippon his type, he responded, “Someone who goes to the gym and has a job.”

So, clearly this Finnish guy has fit the two criteria.

Now, the internet is clamoring for Tom of Finland to REMOVE. THE. SUNGLASSES.