According to a social media post captured by The Shade Room, model Tyson Beckford took time out of his busy schedule to comment on Kim Kardashian’s body, which absolutely no one asked him to do. Underneath a picture of her, Beckford wrote, “Sorry, I don’t care for it personally.”

“She is not real, doctor fucked up on her right hip,” he wrote, with an added green “gonna vomit” emoji. 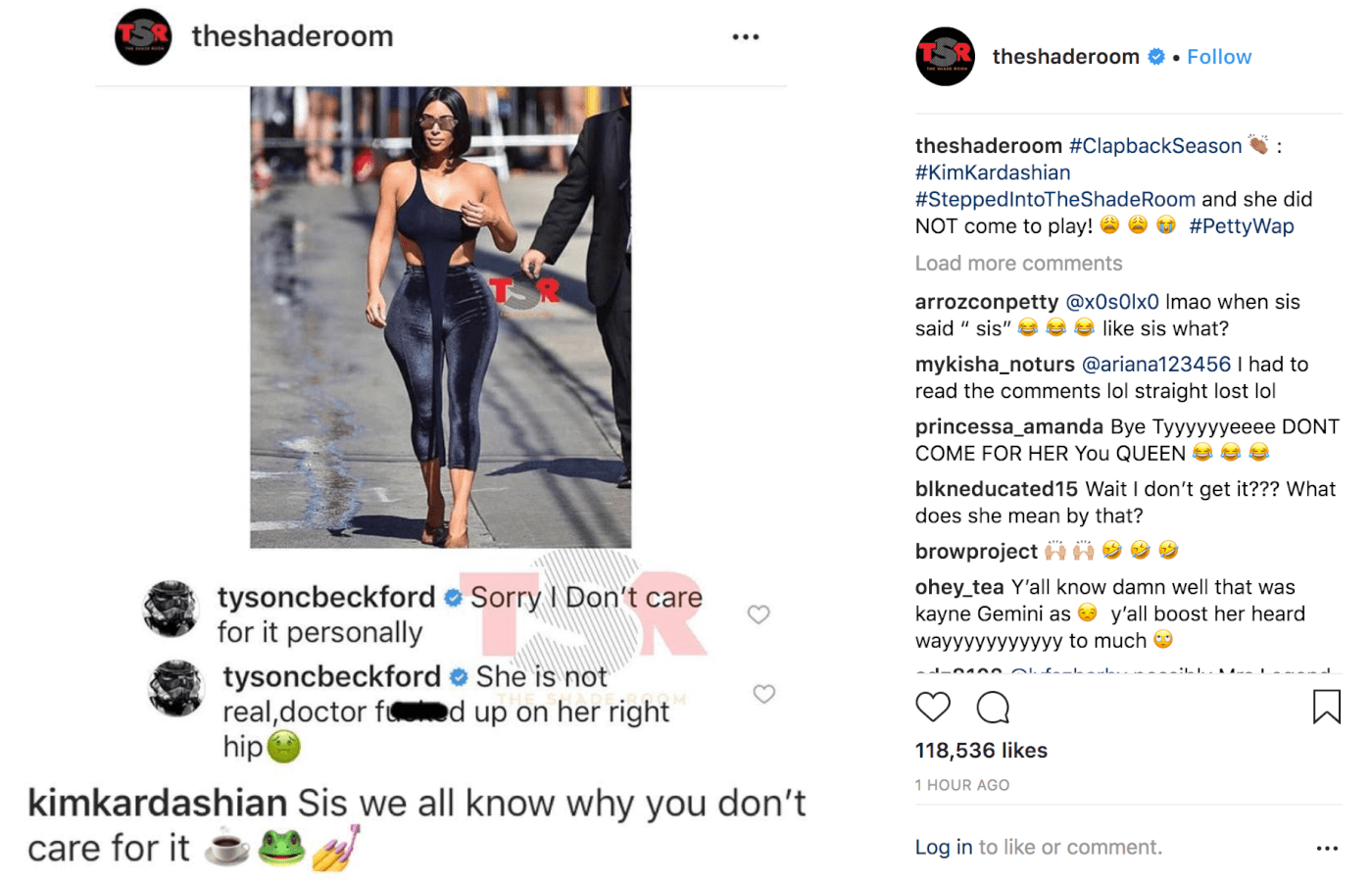 Kardashian responded to Beckford’s (totally unnecessary, body shaming) comments by saying, “Sis we all know why you don’t care for it.” Along with the comment, she added the frog and tea emoji, the international symbol for “But that’s none of my business.”

After the comments showed up on The Shade Room, several people on Twitter called out Kardashian for her homophobia in the comments and on social media.

I hope y'all get kim kardashian together for that homophobic response to Tyson Beckford.

Kardashian’s ill-advised comments come only one day after she chose not to criticize President Donald Trump on last night’s episode of Jimmy Kimmel Live!

“I have nothing bad to say about the president,” she said.