For two years, the filmmaker Don Hahn and his producers Lori Korngiebel and Jon Polenz had been on a mission to find archival material that’d help illustrate his new documentary, Howard. The film, which premieres April 22 at the Tribeca Film Festival, recounts the story of Howard Ashman, an award-winning lyricist whose life was tragically shortened by AIDS and whose story remains largely untold.

Through meticulous research, Hahn’s team was able to come up with incredible historical pieces that helped to paint an intimate portrait of the artist by bringing the viewer into Ashman’s lifehis joy, work, and struggles. Old radio interviews, demo tapes, a long-forgotten talk at the 92nd St. YMCA in New York, personal photos and videos from Ashman’s partner Bill Launch and his sister Sarah Gillespie. Even the recording of a long-distance phone call where Ashman tells the directors, John Musker and Ron Clements, how wonderful Angela Lansbury was in a Beauty and the Beast recording session: “She really blossomed.”

One important piece of the puzzle, however, proved so hard to find that the team had to give up looking: the audio from a press junket that Disney hosted at Walt Disney World in 1989 to promote The Little Mermaid, Ashman’s first project with the studio, had all but disappeared. Or so they thought. Just a few days before the last cut of Howard, Hahn received a call from a reporter who had heard about the making of the documentary. He had a 20-minute audio interview he had done with Ashman at the Orlando press junket for The Little Mermaid and wanted to send it to him. 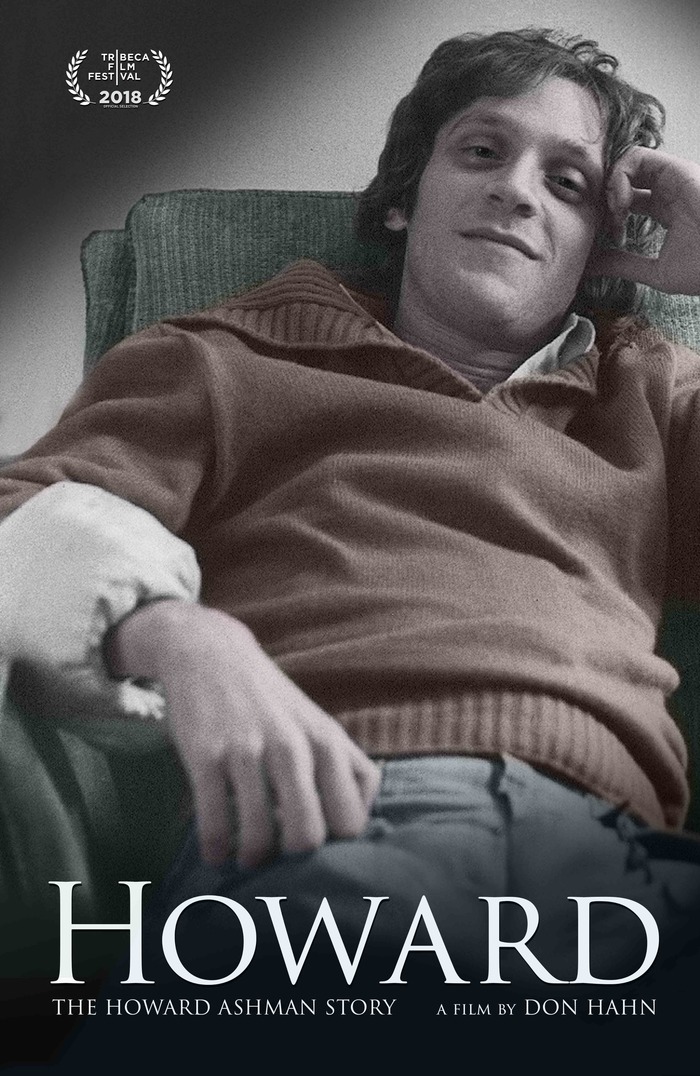 Even if you don’t remember who Howard Ashman is, you’ve probably been touched by his art. Ashman was the creative force behind such Disney classics as Aladdin, The Little Mermaid, and Beauty and the Beastthe first-ever animated film to be nominated for an Academy Award for best picture, which Ashman didn’t get to enjoy. He died at 40, eight months before its release in March of 1991.

Ashman was one of the key forces who, working alongside his songwriting partner Alan Menken, helped to save a fading Walt Disney Animation Studios from shutting its doors. After years of box office flops, caused by a combination of diminished interest in animated movies, company restructuring, and fierce competition from television, Disney’s animation department was in shambles. The Little Mermaid, the first Disney fairy tale in over 30 years turned out to be exactly what the studio needed: an Oscar-winning commercial and critical success.

With Mermaid, the duo infused a generous dose of musical theatre into a dying movie genre and brought Disney’s downward spiral to a halt. More importantly, the film marked the beginning of the Disney Renaissance, a period when Disney Animation regained all of its glory and confidence from the past and went back to making fantasy animated musicals.

Menken first met Howard Ashman in New York City in 1978, when they collaborated on a musical adaptation of Kurt Vonnegut’s novel God Bless You, Mr. Rosewater. Their first sizeable success came four years later, with the musical version of the 1960 dark comedy Little Shop of Horrors. The show became a cultural phenomenon thanks to Ashman’s vision, as Menken told us. “One day Howard came up with the idea of [doing the show] as a dark-sided Grease and boom! Little Shop just took over.”

Ashman’s storytelling style caught the attention of Disney’s chairman Jeffrey Katzenberg, who in 1986 invited him to move to California and join the studio. “The combination of Howard Ashman’s talent and the Walt Disney name is a home-run waiting to happen,” Katzenberg wrote in a letter to him. Burned out by the epic failure of a show he’d just written and directed on Broadway, Smile, Ashman “leapt” at the opportunity to join the Disney team and invited Menken to work with him. The duo’s musical theatre expertise injected new life into Disney’s world of animation, which according to Howard Ashman, was “the last great place to do Broadway musicals.” 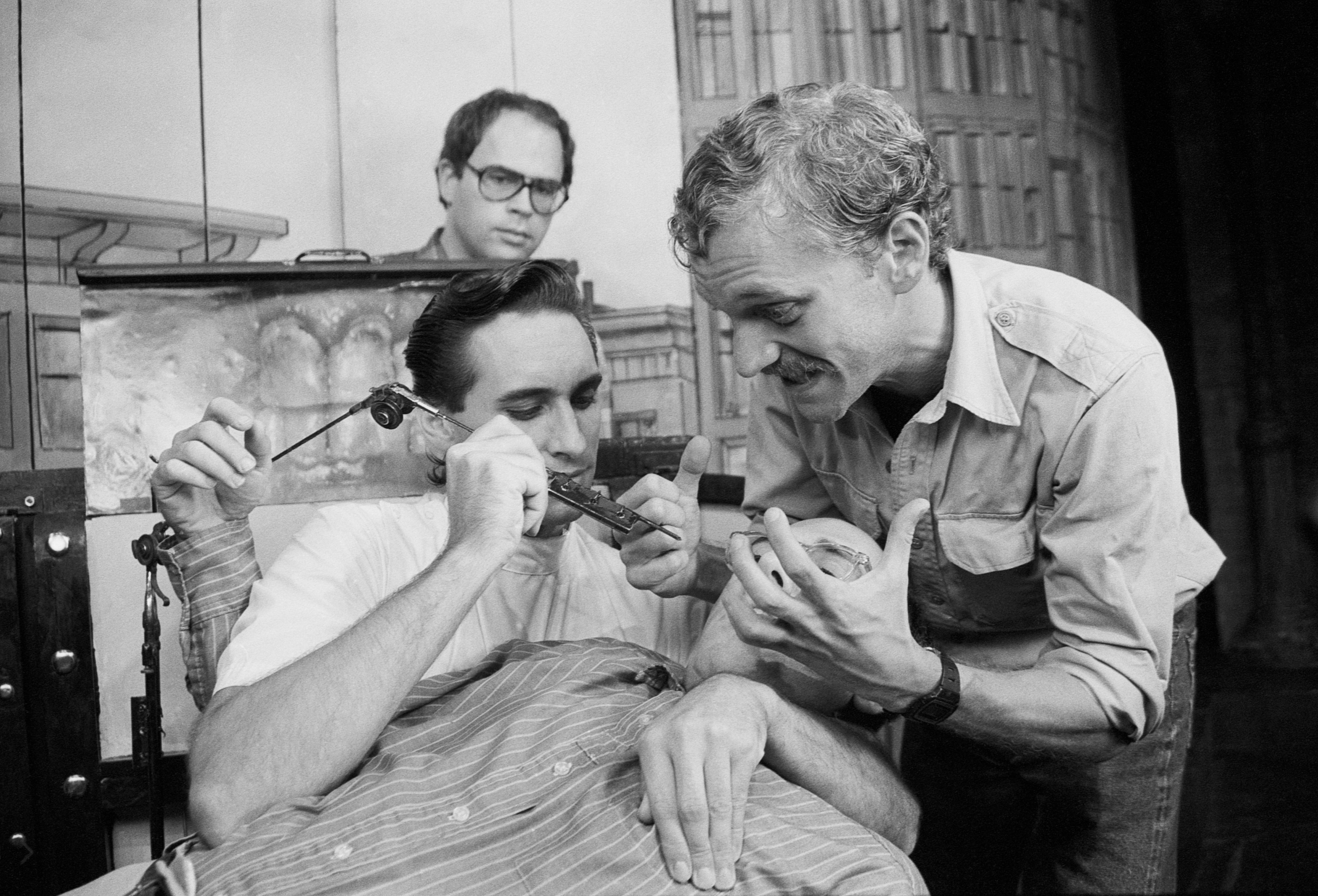 As Disney celebrated the success of Mermaid, however, Ashman was diagnosed with AIDS. At the time, an HIV infection meant a certain death sentence, so he kept it as a secret for as long as he could. “We knew he would be gone at some point, we just didn’t know when that would be,” said Bill Launch, remembering the heartbreaking sentiment he shared with the man he loved. “Even at Disney, in those days if you were HIV-positive you were done, shunned, and kind of written off as you were going to be dead soon,” Menken agreed.

Ashman was aware of that. “This was the late 80s through the early days of AZT, and there was no cocktail at that time,” Launch explained. “We had been through most of the treatments starting in 1988, two and a half years of lots of treatment, and his condition was getting worse.” But he kept pushing, and even at an advanced stage of AIDS, he kept working. He’d still write, sometimes from the hospital bed, and was able to finish the lyrics for some songs for Aladdin. He died just short of the completion of another Disney phenomenon: Beauty and The Beast.

A year later, Ashman was awarded a posthumous Academy Award for the theme song of Beauty and the Beast, the first-ever Oscar given to a person who had died from AIDS. Bill Launch received the award on his behalf, in a pivotal moment for LGBTQ visibility, at a time of intense anti-AIDS hysteria. “Howard’s death and the success of this movie needed to be marked in a way that was emblematic of what was going on in a much larger sense within the whole creative community, the gay community. So many people were dying and not being recognized [and] this was an opportunity to say: look at what we’re losing here.”

Unlike a more traditional documentary style, where the narrative thread consists mainly of people talking about the subject, Hahn uses Ashman’s own voicefrom radio interviews, demo tapes, promotional footageas the film’s main narrator. “I wanted Howard, one of the great storytellers of our time, to tell his own story in his own words,” said the director. He had worked with Ashman as the producer for Beauty and the Beast and wanted to bring him “back to life through his work and music.”

After Menken, now an eight-time Oscar winner, saw an early cut of the film about his friend, he called the director. “Don, I have to score this movie,” he said. Hahn almost couldn’t believe it. In a way, Howard Ashman and Alan Menken would be collaborating once again. “Alan worked during the holidays and wrote one of the most personal and touching scores that I’ve heard from him.”

Thirty years after his genius changed how we think of animation, Ashman’s legacy moves on. Last year, the live-action remake of Beauty and the Beast, which brought Disney’s first openly gay character, became 2017’s second highest-grossing picture earning more than $1.25B. An adaptation of Aladdin starring Will Smith is scheduled to open in the summer of 2019. Lin-Manuel Miranda will collaborate with Menken on the Little Mermaid reboot.

Howard will have its world premiere at the Tribeca Film Festival on April 22.