Overwatch, a popular first-person shooter game, has started an official competitive gaming league. Operating in a similar way to regular sports organizations, the Overwatch League comprises 12 teams and over 100 players, who have come to compete in the inaugural season. Each team represents a city in the world Seoul Dynasty, Shanghai Dragons, Dallas Fuel, etc. and every week teams face off in a series of Overwatch games.

The league opened its first week to a pretty large audience, garnering over 400,000 viewers on day one.

That audience, I was kind of surprised to discover, included of a lot of gay men. On Twitter basically all of last week, my timeline was consumed with different gay mutuals talking about the Overwatch League and the different games going on. While it’s not completely surprising given the large LGBTQ gamer base that Overwatch has, it was still a bit weird to see the same people who tweet about Drag Race and The Crown making comments about a sports game.

It might be because we’ve found more acceptance in the arts or perhaps because we have very bad memories of gym class, but either way, most gay men that I interact with don’t care for traditional sports. So I wondered, was it weird for these Overwatch fans to be tweeting about an esports game did it feel different than watching a regular sports game and if so, why?

I reached out to some of the queer people I know on Twitter to ask them about their interest Overwatch League and how it compared their experience with traditional sports.

I asked Chris Snow, one of my closest video game pals, if he’s ever been interested in traditional sports. “The only time I’ve maybe paid a little attention is when a NY team gets close to winning because I’m looking forward to a city parade.” Spoken like a true queen. Chris explained that on an entertainment level, the Overwatch League gets to be a fun thing he can do with his boyfriend since they both like the game.

“But, on a gaming level, I love watching the players work together and make plays that I’ve either tried myself or want to try,” Chris told me. “I think Overwatch League excites me because I am a naturally competitive person, I love challenging myself to do better gaming-wise.”

Chris is pretty enthusiastic about games we became close friends because at basically all hours of the day or night we’d send each other really specific tips and tricks videos for Overwatch or Destiny 2 and so part of the appeal is to watch how professional players take on certain strategies to the game. 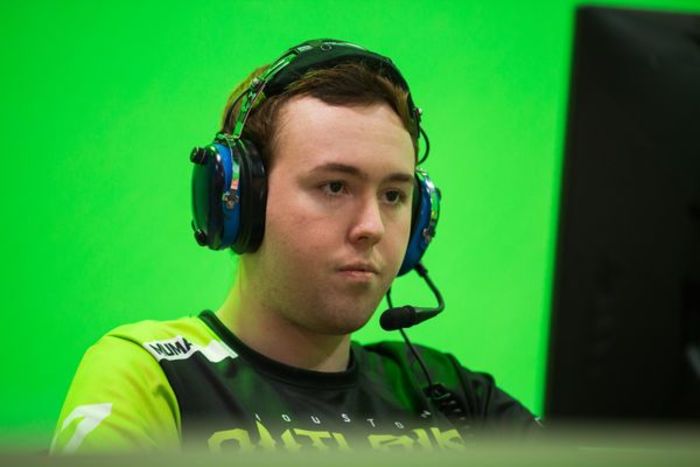 One added draw to the Overwatch League that is important to mention is that there is an openly gay player on one of the popular teams in the league. Austin “Muma” Wilmot is a player for the Houston Outlaws. Muma was recently in the news for being on the receiving end of homophobic comments made by another player. Alex Sharo, another queer gamer from Twitter, lists Muma, and the feeling of being represented, as one of the main reasons they watched the Overwatch League.

“As a queer person, I’ve never really had much of a place in the world of sports.” Alex explained, “Locker room bullying kept me from participating and the atmosphere of anger and aggression in which sporting events exist is unappealing to me.”

According to Alex, watching professional players has been significant because it gives meaning to a hobby they’ve had their whole life. “I’ve lived in a world of fantasy since I was very young and video games have always been my go-to escape from reality. Seeing people who are devoting their livelihood to participating in esports is kind of inspiring.”

Esports is an interesting topic in terms of representation. Even in the month since it’s been around, The Overwatch League has gotten some criticism. In addition to the Muma incident, they’ve also come under fire for the fact that no women were signed to any of the 12 teams. It’s easy to forget because we’re talking about a game with cartoonish animation, but there are still real players and real money behind each of these games, and very little diversity.

I’d argue that, because these players and their organizations get to hide behind the cute character designs of the game, it’s easier to find space in the game. With traditional sports and their associations with straight masculinity, it can be difficult to separate the aggressive culture from the game.

With Overwatch, you barely have to see or hear from any of those players, you can project whatever nice thoughts you have onto them. It isn’t an aggressive, masculine hobby in the way that regular sports are. Although it’s dominated by straight men, it feels more accessible.

Mikah Torres expressed a similar sentiment when I talked to him about the league. “It’s not a celebration of the athletic man’s man that I’m not. It’s made up of all kinds of different people from around the world. I never understood people watching sports in stadiums screaming their heads off until I did it myself at the Overwatch Arena at Blizzcon.” 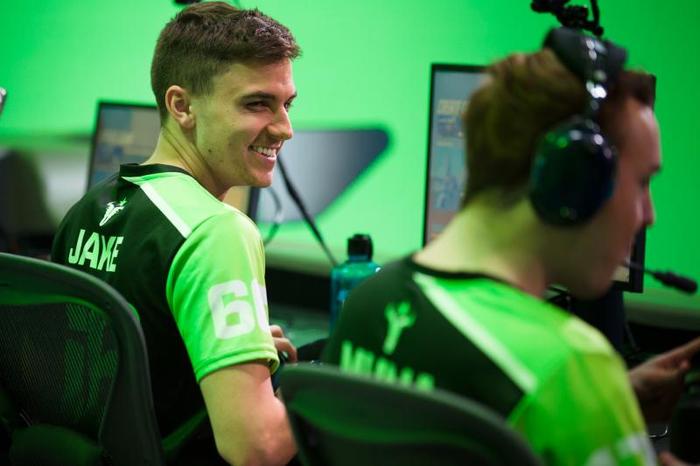 Mikah explained to me that he also watched it because it’s a new organization and the standards for diversity are still flexible. “It’s kind of up for grabs in terms of what people make up the culture. That’s why it’s so big that we get women and minorities represented before it’s too late” “Plus, Jake [a professional player] is super cute and I want to marry him.”

The Overwatch League is still in its early stages, but it’s been really interesting to see my queer friends tweet and have in-depth discussions about a professional sports league other than All Stars 3. I would be lying if I said I wasn’t a little worried that the league might start feeling less inclusive as time goes on. However, we can hope that Blizzard recognizes the queer viewership they’ve developed for the game and creates a league that encourages an increasingly diverse audience.