When I first heard the sleigh bells and screaming that initiate you into Kiki & Herb’s Do You Hear What We Hear? the psychic landscape of my holiday season was changed forever.

I have been a fan of Kiki & Herb – the iconoclastic alter egos of Justin Vivian Bond and Kenny Mellman – since my days as a Midwestern teenage theater weirdo. I emptied my bank account to fly to see their reunion show at Joe’s Pub in 2016, because their explosive charisma and wry take on contemporary culture make for a theatrical experience without parallel. You can imagine my sheer delight when their long out-of-print Christmas album began making the rounds on social media a few years back.

The album is still streaming free from Mellman’s Soundcloud account, and I believe, if you feel troubled by the state of the world but still want to wish Joy to it, it is the only Christmas record that can capture the true essence of this season. 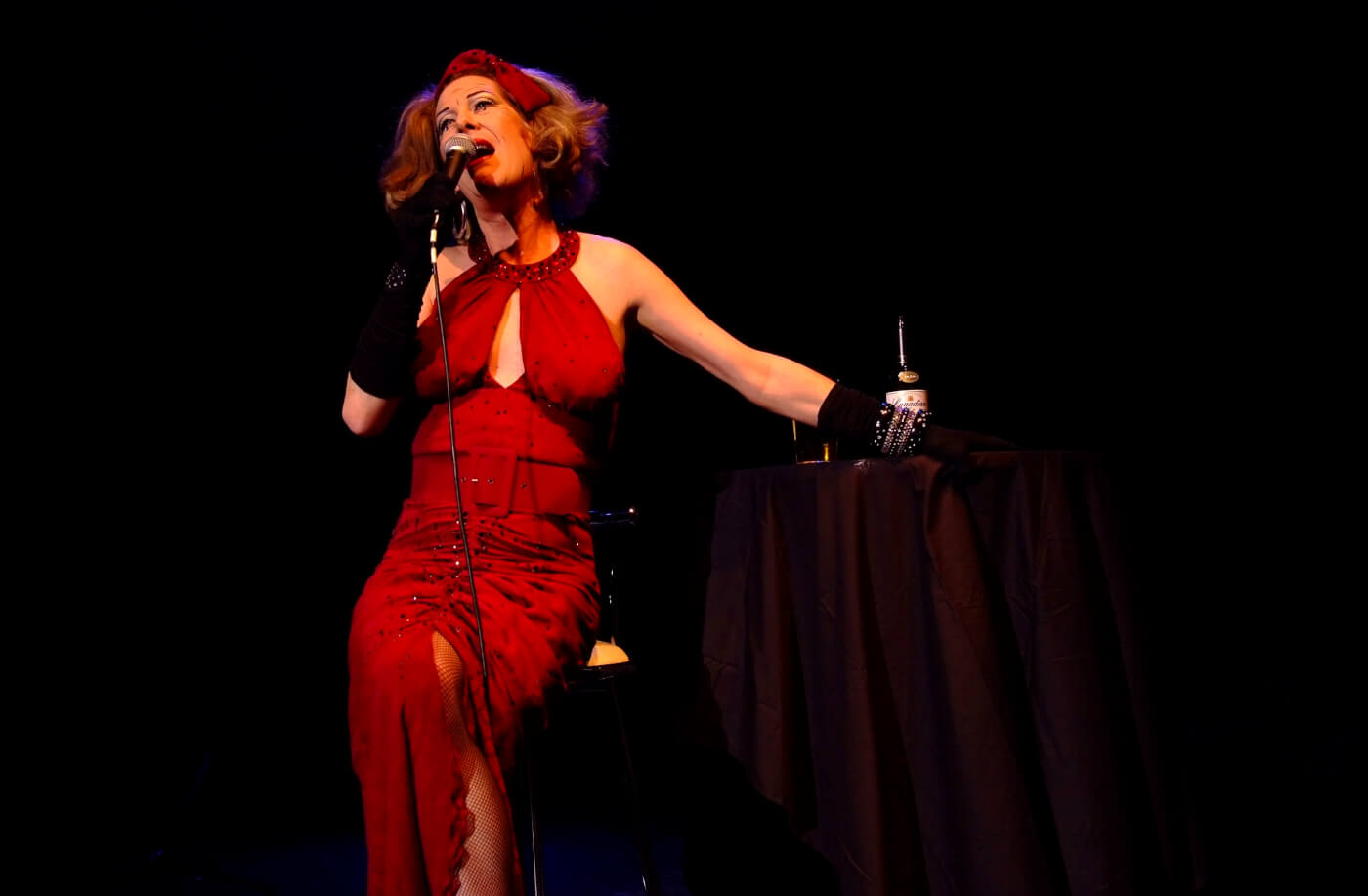 “Christmas is fraught. For the most part, I only get sad when I think about Christmas. I don’t like religion and I’m disgusted by capitalism at this point,” Mx. Bond told INTO. “I’m also aware of the fact that I’m a complete hypocrite because I love sparkly things and gifts and toys.”

As we muse on the meaning of Christmas, the other “C” word keeps creeping in – Capitalism. “Christmas has become a bludgeon for Capitalism. Just another excuse for us to pretend that we’re not who we are,” Do You Hear What We Hear? producer Julian Fleisher said.

And he’s right. We can’t help but douse ourselves in the sickly perfume of this saccharine season, struggling to cover the rotting stench of a social system in decay.

Yet, despite Christmas (and Chanukah) being the high holy day of Consumerism, there is something undeniably potent underlying this time of year. During the darkest of days, we light up the night: we ease the cold with conviviality, we radiate love for humankind. But this spiritual essence can be hard to locate underneath the gloss. 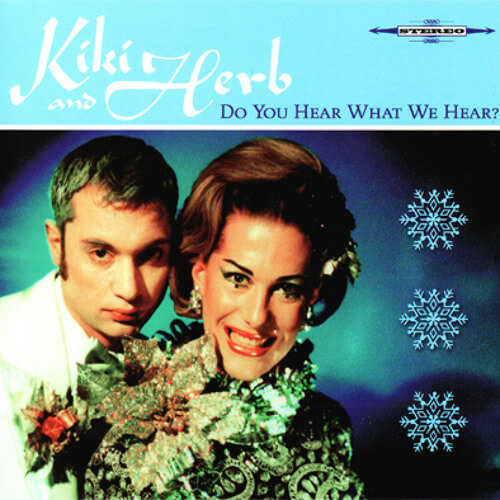 The brilliance of Kiki & Herb, and this album in particular, is that instead of sanctimoniously pooh-poohing the artifice, they barrel right through it. On the surface, they’re doing a sort of lounge act parody; the boozy chanteuse and her doting accompanist. This modality allows them to tackle the schmaltziest of Christmas music and lay it bare.

Mellman told INTO that he and Mx. Bond started performing as Kiki & Herb at the height of the AIDS crisis.

“It was a direct response to what we were seeing and living through,” Mellman said. From their early days performing in San Francisco, they channeled the community’s anger in the fight for gay rights through a lens of humor. Hidden beneath the louche banter and gleeful song of their Christmas shows lay a bedrock of political excoriation.

“There’s something almost unexplainable about how right their version of Christmas was at a time when people were dying,” Fleisher told INTO. The album was released in 2000, with a songlist honed from years of live performance.

The paradox of the holiday season can be challenging for many of us, with its incessant prescription to be merry and bright at a time when it can feel like the sky is falling.

“Kiki & Herb were always able to strip back that icky veneer and reveal the truth underneath it, which is both painful and holy,” Fleisher observes. “There’s a lot of people out there for whom Christmas is a lie. Christmas feels like a promise that’s not kept. And this record is for them. It contains instructions for how to make Christmas real.”

Do You Hear What We Hear? kicks off with a manic opening medley of Christmas songs that puts the absurd pageantry of these traditional tunes on full display. In “Whose Child is This?” the hauntingly serious carol about the birth of Christ gives way to Mary J. Blige’s “Deep Inside.” With its refrain of “I’m just Mary, just Mary, just Mary,” suddenly the Nativity feels like a party you’d actually want to attend.

They sing “Rudolph the Red Nosed Reindeer” to the tune of “Smells Like Teen Spirit” and follow it up with “Suicide is Painless” in a medley called “People Die.” They boozily skate through “Frosty the Snowman” and dig into the viscera of Kate Bush’s “Running Up That Hill” in equal measure.

There’s also a “Jazz Improv” that makes me cackle every time I hear it. It’s a pure cartoonish moment, lampooning indulgent performance art while being indulgent performance art, and it’s simply sublime. Fleisher attests that this was the outcome of leaving the tape rolling during between-take silliness, because with Kiki & Herb, “There are no mistakes. There are only opportunities.”

Bond and Mellman eventually relocated to New York from San Francisco in the mid-’90s, where their performance stylings as Kiki & Herb struck a vein in the downtown scene. “Because Kiki and Herb were fictional characters, we could tackle subjects and songs that might seem strident or indulgent if we were doing them as ourselves,” Mellman said.

Mx. Bond added, “We knew what we had to say, and we found the audience who needed to hear it.” 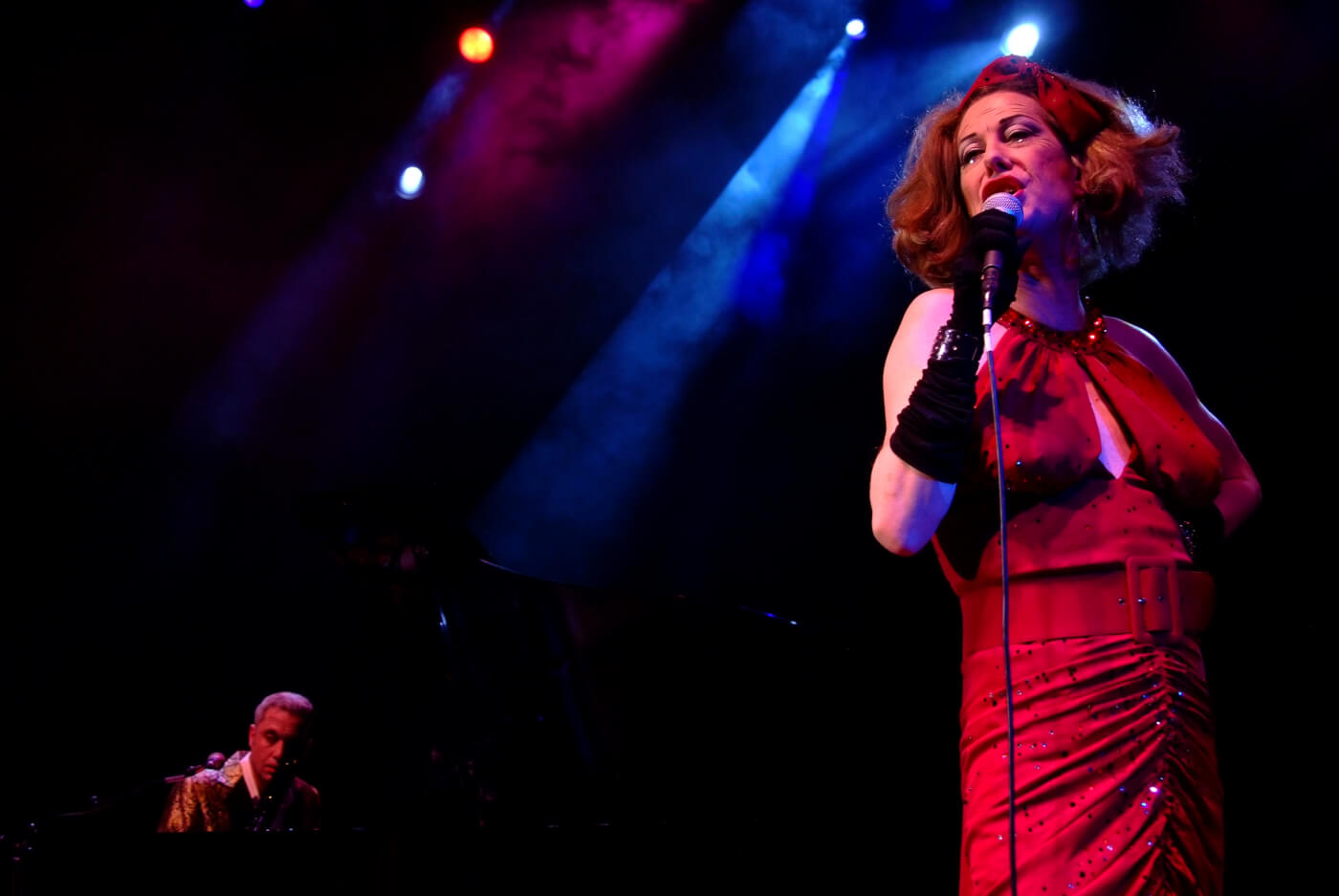 Fleisher remembers their New York shows as “absolutely singularly shattering – but in the most pleasurable way. [They] were always that combination of total joy, total delight, and you know, the expression of horror that we all were living with on the daily.” It’s this irreverent and penetrating tone of their live act that made their Christmas shows such essential viewing.

Fleisher recalls having been so moved by their live Christmas shows that he approached them about producing a Christmas-inspired album. “They were strictly creatures of live performance – just invading the audience’s space in every conceivable way. It just seemed like – how will you ever capture that?” So, when they agreed to record the album, Fleisher decided to produce it as though you were hearing what Kiki & Herb sound like inside their own heads.

He kept the studio filled with lit candles and aimed for a soundspace that was “weird, crystalline and dreamlike.” When you listen to the album, you can imagine Kiki & Herb alone on a soundstage with glowing starlights, recording a Time Life commercial of Christmas classics that warp and mutate as they get lost in reverie – a counterpoint to their raucous live shows that highlight their clever song choices.

Through the course of the album, Kiki careens from speaking in tongues to braying like a donkey to sweetly singing Melanie Safka’s “Tonight’s the Kind of Night” with a sincerity that still makes my hair bristle even after dozens of listens. Herb merrily plunks along, tossing out sycophantic interjections, and delivering a rousing solo cover of Suede’s “The Big Time.”

Their musical references glide seamlessly in and out of culture high and low, their tone reeling from devilishly arch to downright heartfelt. Kiki & Herb are masterful at fusing the gorgeous and the grotesque (“gorgesque”), and within this confluence, you catch a glimpse of something truthful about the way we live now. 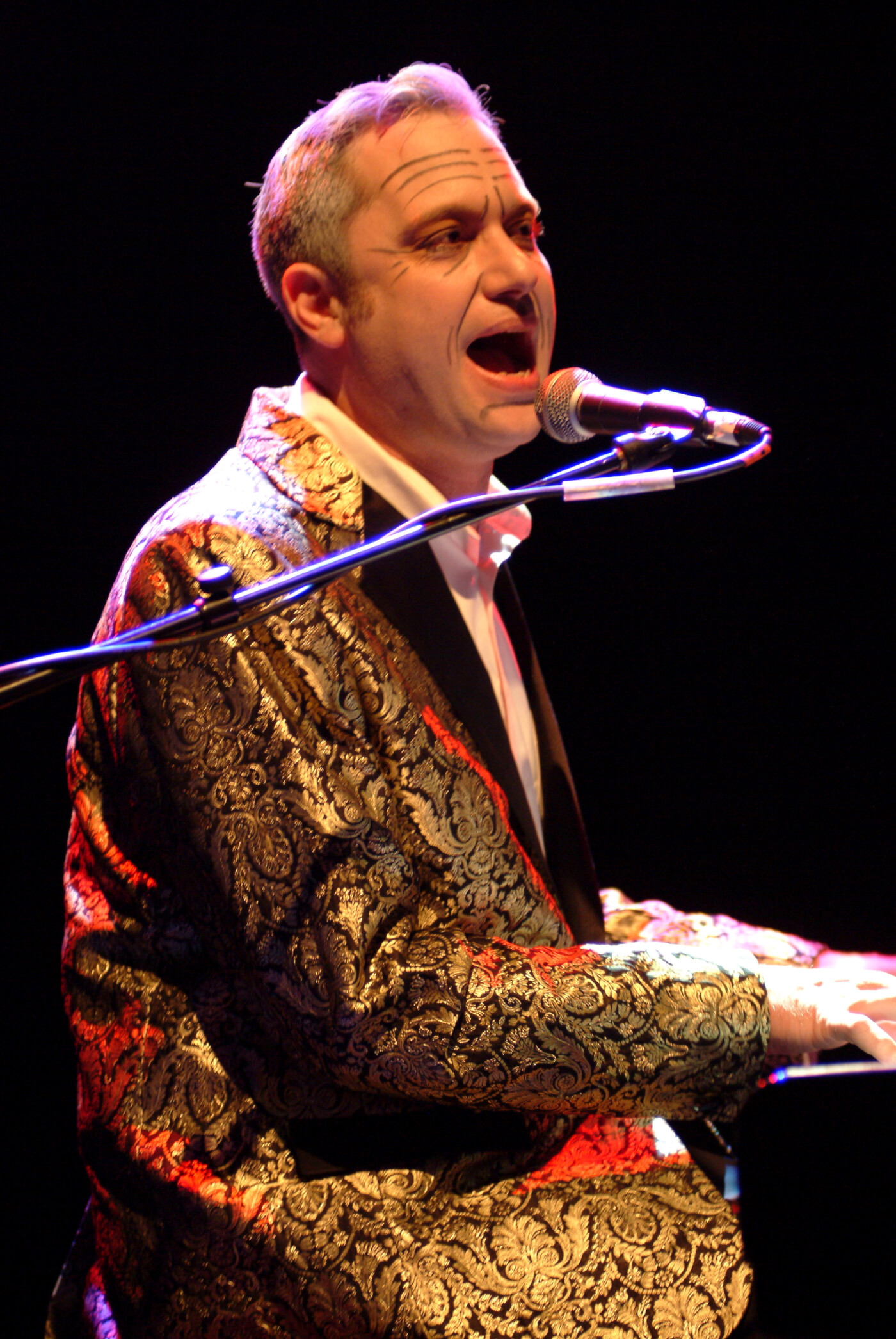 With each primal howl punctuating the tidings of comfort and joy, you realize: We are sacred in our profanity. There are real feelings – of hurt and fear, of love, of ecstasy – trapped under the enamel of popular culture. This is what it is to be a human living in Late Capitalism.

This album is a ball of spit and blood and bile rolled in glitter, placed atop a conifer, and called Christmas. Eighteen years after its release, it shows us that we can acknowledge, critique, and even celebrate Christmas as the exoteric winter celebration of the West, while still deriving our own esoteric meaning from it.

“I find the artifice of it all very comforting this year. With how awful the world is, I find solace in advent calendars, Hallmark movies, and tinsel,” Mellman said.

“Personally, I prefer to celebrate the Solstice and to focus on how, from that day forward, each day will be a bit brighter until spring arrives,” said Mx. Bond. “I hate the winter, it depresses the fuck out of me.”