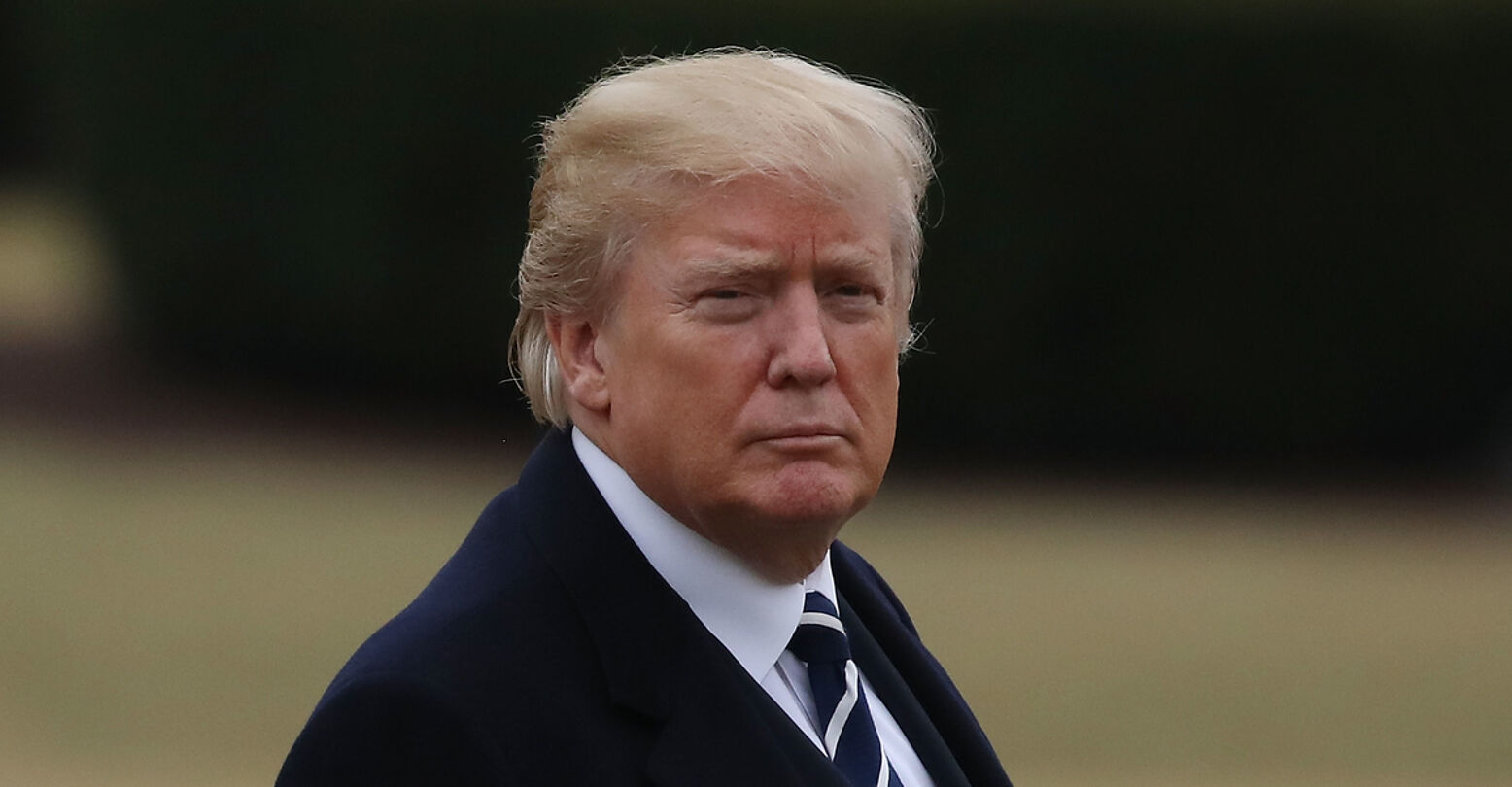 At the beginning of this week, Facebook removed a political illustration from the Cartoon Movement community page. The image, entitled “Nuclear Kamasutra” and created by cartoonist Vasco Gargalo, depicted President Donald Trump and North Korean leader Kim Jong-Un, naked except for their phallic nuclear missiles, entwined in a variety of contortionist sexual poses.

Cartoon Movement tweeted on Monday; “Another one of our cartoonists faces the wrath of the censorship committee.” Facebook most likely removed the cartoon due to its sexual nature; the platform has a reputation for doing exactly that. But what Facebook’s algorithm won’t have picked up on is exactly why this particular breed of puerile political satire should be relegated to the cartoon confines of history.

Artists using the visual gag of political leaders in flagrante delicto is nothing new, but has been cropping up with increasing frequency in newspapers and magazines, on social media and late night talk shows, and even emblazoned across entire buildings since the 2016 presidential election. Ideologically dangerous figures like Mike Pence, Vladimir Putin, and, of course, Donald Trump, are sketched out in all kinds of gay scenarios, ranging from the campy (Trump and Putin astride a unicorn) to the sexually graphic (Gargalo’s aforementioned “Nuclear Kamasutra”). The point, supposedly, is to humiliate these men, to remove at least some of their power by making them objects of derision. Except doing so requires us to laugh at the mere idea of them engaging in homosexual acts, which is problematic for a number of reasons.

First of all, the generalization that all people with regressive views on homosexuality are closeted themselves is ludicrous. This ignorant, woefully unexamined trope gets wheeled out again and again, usually when discussing the Pences and Putins of the world conservative men with abominable political records when it comes to the rights of women and gays. However, saying that these men are closet cases ignores mainstream culture’s role in perpetuating homophobia. If a hastily sketched out comic or a zingy one-liner can deflect blame for that kind of hatred onto “being closeted,” it stops anyone from examining the depth to which misogyny and toxic masculinity are ingrained in our society, and how a Mike Pence comes to be in the first place.

Of course, artists like Gargalo don’t actually believe that Donald Trump, Mike Pence, Vladimir Putin or Kim Jong-Un are closeted and suppressing their true selves. They don’t even pretend that’s the point they are trying to make. In fact, their “satire,” which depicts famous homophobes engaged in gay acts (often in submissive roles, or dressed as women) perpetrates the same misogyny and homophobia as the men they seek to ridicule. 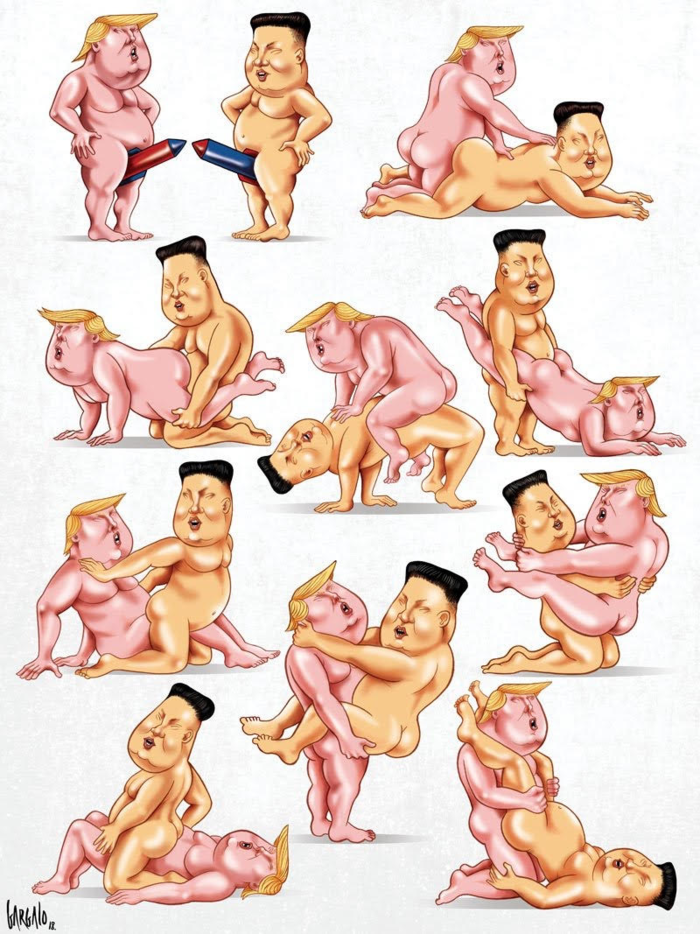 It’s the line of schoolboy thinking that continues to make “gay panic” such a popular punch line in mainstream comedies. It relies on the notion that being perceived as gay or feminine is the worst thing that can happen to a man; the viewer is encouraged to draw a connection between anal sex and humiliation, between submission and emasculation. If a viewer is conditioned by their left-wing sensibilities to see these men as morally bankrupt, then might they not interpret such sexual acts as inherently depraved? Ultimately, saying “this notorious homophobe is secretly gay” only works as a joke if you admit that you think of the word “gay” as an insult, and expect your audience to do the same.

And lying just beneath the surface of these cartoons, between every pencil mark, is the worrying implication that this isn’t just a misguided attempt at humor, but how these artists really feel; that their publicly liberal personas prevent them from publicly laughing at queer people, so they direct that homophobia towards untouchable despots in the name of satire. Because really, if you think it’s innately hilarious or degrading to draw a man wearing lipstick and a dress, or kissing another man, what does that say about how you view women and LGBTQ people?

We shouldn’t be surprised that this happens so often. After all, the field of comedy and satire is densely populated by privileged voices who think they’re helping, but perhaps don’t understand that throwing marginalized communities under the bus for the sake of a joke isn’t what “the resistance” is all about. Heaven help anyone who tries to articulate that point, though, as many of us have attempted to do numerous times on that noted symposium of civil debate known as Twitter.

Here’s how that conversation usually goes. Somebody will say: “I’m not sure this one specific thing you’re doing is helpful or productive for our community.” And an ostensibly liberal ally (you can go ahead and cast a cis white man in this role) will reply: “Are you sure you understand it correctly?”

“It’s not homophobic,” a defender of one such cartoon told me when I criticised the portrayal of Trump and Putin locked in a kiss. “It’s funny because you know how much Trump would hate it.”

That argument would barely hold the two inches of water it takes to drown even if you were mailing your cartoon directly to the Oval Office, but it falls apart completely when you’re sharing the joke on social media for thousands of other people to see. The toxic bully you’re trying to parody will in all likelihood never look at your work, whereas a queer teen could all too easily see it and internalize the message that being gay or trans is something that the rest of the world sniggers at.

The first rule of comedy is to punch up, not down. You might think that you’re fighting the power by posting and sharing this kind of material but in reality, you’re just making it easier for everyone else to laugh at the people who, in our current political climate, are among the most vulnerable.