If you’ve ever seen pictures of Taylor Mac, you may have asked yourself, “Who in the world thought up that costume?” But if you’ve ever been to a Taylor Mac show, you know that the answer is Machine Dazzle, the legendary New York performer and designer who is responsible for the zaniest wardrobe in all of drag.

Over the last several years, Dazzle and Mac collaborated on a queer army of staggering looks for Mac’s 24-hour magnum opus A 24-Decade History Of Popular Music, which has been touring main stages around the world. (The show played to huge acclaim in LA earlier this year at the Ace Hotel.) Mac, Dazzle, and the gang are returning to LA this weekend for two presentations of their seasonal piece Holiday Sauce at UCLA’s Royce Hall.

INTO chatted with Dazzle about the inspiration for the show, working with Taylor Mac, and the true meaning of Christmas. 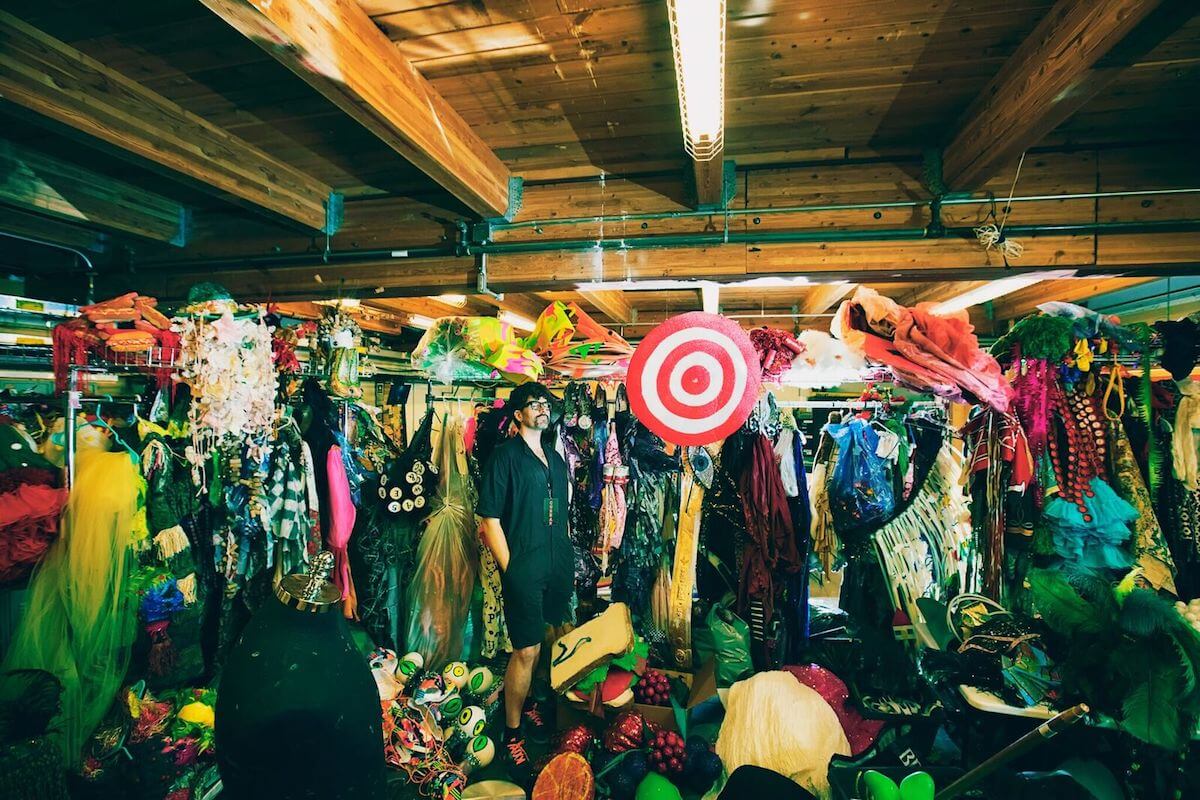 INTO: Machine Dazzle, how are you?

Machine Dazzle: I’m good. I’m crazy, actually. I’m in the middle of making costumes. Tuesday is the New York show, and I’m making Taylor two new costumes because New York saw the other two costumes last year! I’m in the thick of it, if you know what I mean.

Will those costumes make their way to Los Angeles?

They will not. Maybe the next time we go to L.A.! Shipping costumes and taking them on airplanes is very expensive, so it’s almost as cheap to just come up with new costumes for this show. Some of the things I make are just too big to take on airplanes.

How many hours does it take from start to finish?

There’s no answer to that. It depends on the costume. It’s hours. I spend a lot of time. I’m making Taylor two new costumes, and it’s hours of accumulating materials. I’m hunting and gathering materials.

Do materials come to you? Or do you seek them out once you have an idea?

Every costume is different. If I have a solid idea of what I want to do, I go out and scour for materials, but sometimes I go out looking for inspiration. Sometimes I have an idea, but I’m not sure, but it can take days. It took me three days to get everything for this and it’s very exciting. 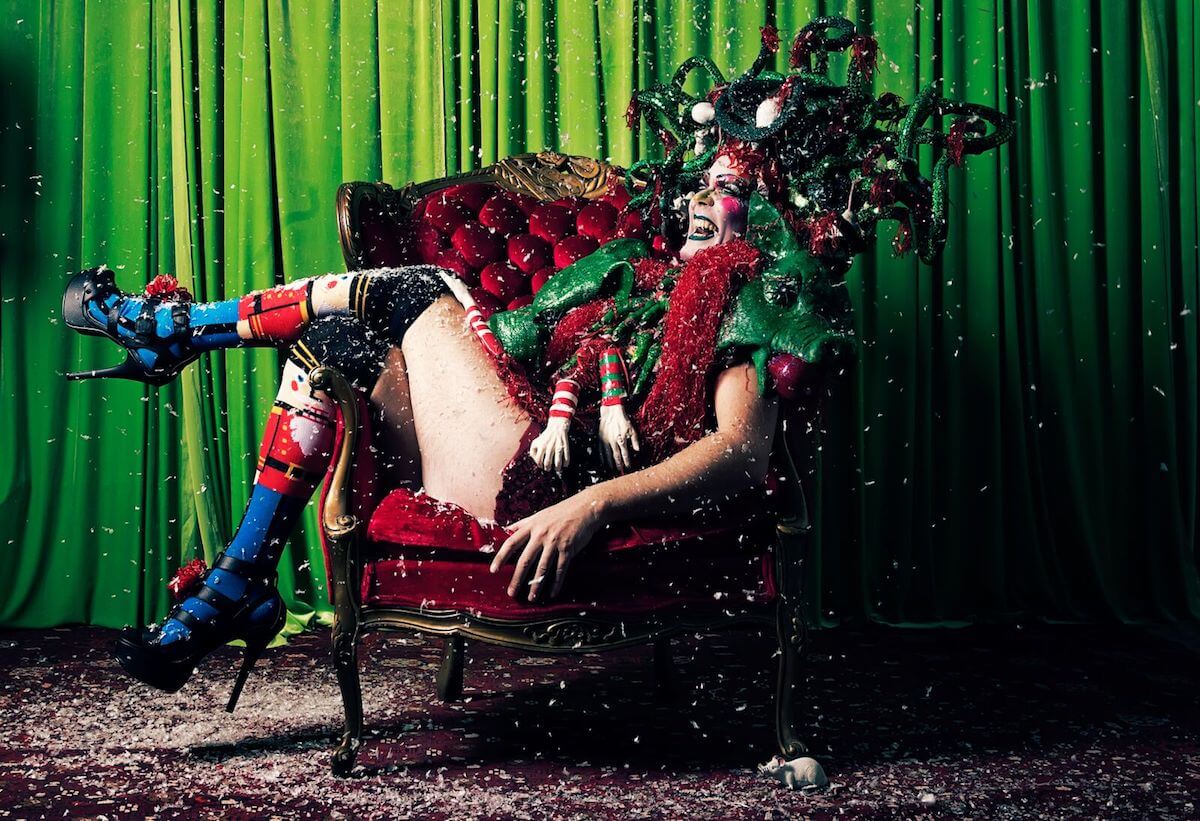 Can you give me an idea of what you’re making?

No! Not yet. You’ll have to wait and see.

What were the initial inspirations for the Holiday Sauce costumes? What’s the goal this time?

Dazzle: I know a little bit about the show, so that helps. But I knew I would need two costumes, and so of course I want them to be two very, very different costumes. So I decided, well, one is going to be naughty and the other one is going to be nice. And I had sketches and elements I want to put in there. I get all of my ideas down and I get all of these materials together and I design very organically. Some of it is planned and some of it is not planned.

That sounds a lot like a Taylor Mac show. You’ve been working together a long time.

We’ve been working together for years. The first time he asked me to make something for him was probably 15 years ago.

Your collaboration is honed at this point. 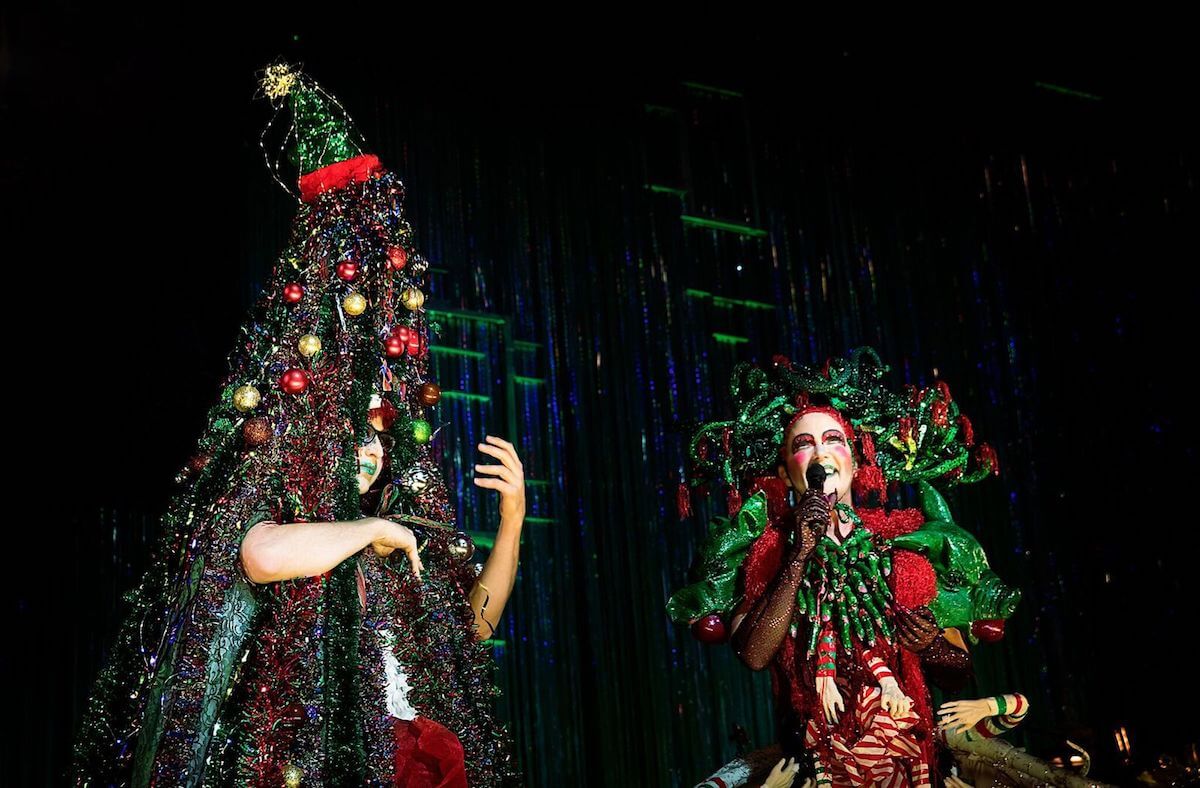 I attended all 24 hours of the show at the Ace Hotel earlier this year.

What did you think? Was it worth your time?

Honestly, it was one of the best things I ever did. In my whole life. Transformative is the word, I would say. But that’s probably how people who know you in Los Angeles know your work. That was at least 24 costumes, right?

Taylor had 24 [and] I had 24. There were other groups of people. The Temperance Choir, for example. They had bonnets and shawls, and there were a lot of them. The Dandy Minions costumed themselves, and that’s very much part of the whole idea. We have other artists coming in who costume themselves so it isn’t just one vision. But it was a lot.

Do you have a favorite, or are they like your children?

I get this all the time. It changes. It kind of depends on my mood. One of my favorites, though, is Crazy Jane. I just mentioned the temperance choir. That’s from the third hour, when it’s religious songs from the temperance choir and Crazy Jane sings songs that were popular in the pub during the temperance movement. There were some great, fun drinking songs from that time, and some of the choral songs are beautiful, and it’s fun and dynamic to go back and forth between those two opposites. By the end of the decade, they had come together and come to terms with each other and it was quite emotional, I thought.

And the way you describe it, it tells a complete story of a woman.

…Of a person! Or whatever! 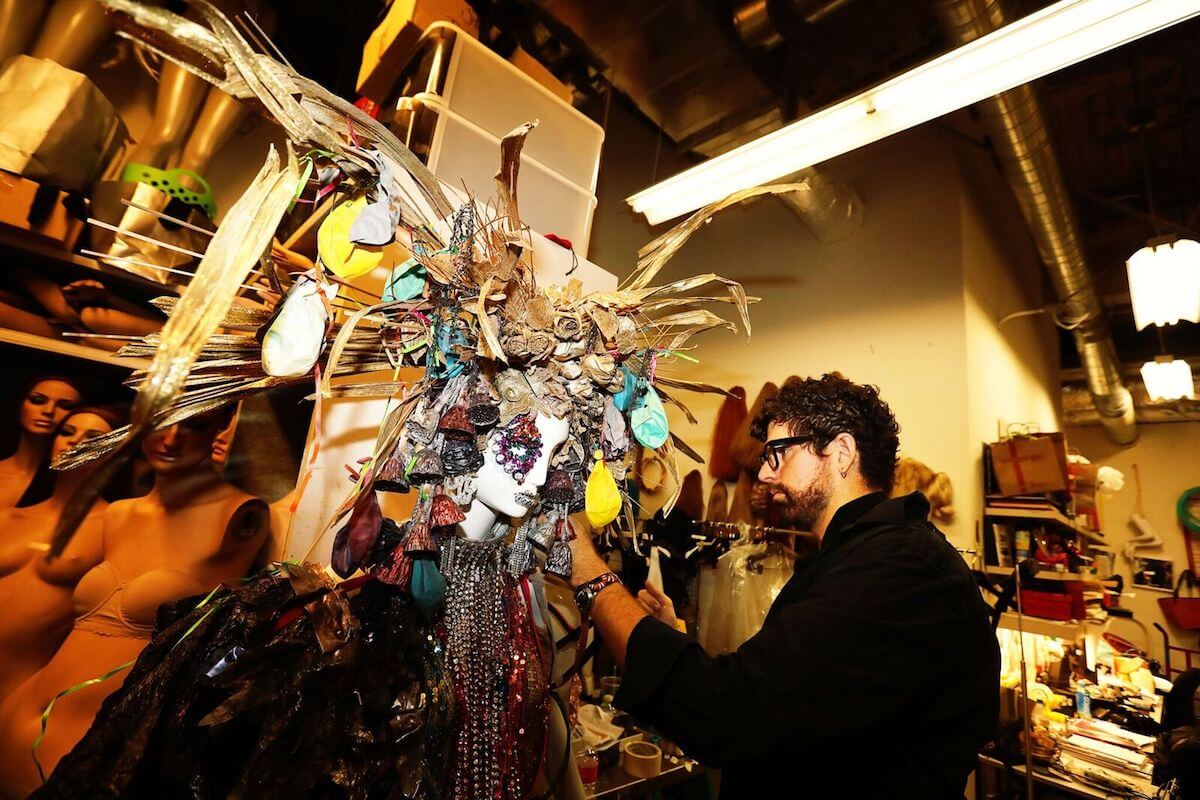 What kind of stories are you going to tell with Holiday Sauce?

We’re not going to tell the original Christmas story. We’re going to tell another story. The queer version. I mentioned “naughty and nice,” so the costumes you’ll see are just that. The naughty one is very sassy. It has little elf hands on it that are reaching for something. Maybe they should have it or maybe they shouldn’t. Lots of them have severed fingers. Maybe they shouldn’t have been reaching! Maybe that’s the consequence. It’s kind of a pussy-grabbing situation, and when I designed the costume, that was very much in the news and all over social media. There’s an element of that. And it has antlers, which are a little defensive, and knee-high nutcracker socks and high heels. So it’s all very naughty. And the other costume is just… it’s nice. But I’m not going to tell you about it! You can imagine.

Christmas is a complicated time for queer people. Fifth-grade essay question: What does Christmas mean to you?

I would have a different answer in the fifth grade, but… I don’t really celebrate Christmas. I’m not a Christian. I do not believe in God. I think Jesus was a gay hippie. He was a Jewish gay hippie. I don’t believe in it. I don’t like organized religion. I think it’s creepy. And I don’t want anyone to tell me how to feel about myself. To me, God is my highest form of self. Spirituality is very personal. So I don’t like the church. But I do like the solstice. If there’s anything I like, it’s the pagan idea of Christmas. I like the changing of the seasons, and the season of giving. It’s winter here in the Northern Hemisphere. It’s cold, and we need to get together to stay warm. It seems like the natural time to come together and celebrate the end of the year before the beginning of the new calendar year. It’s about endings and thankfulness and real family, and reflection of the year that has passed, and wishes for the year coming forward.

Taylor Mac’s Holiday Sauce is at Royce Hall this weekend in Los Angeles.