If you’ve ever wondered what the traditional Irish Riverdance style dancing looks like as a camp circus act, step right up. InRiot, now playing at the Sydney Festival down under, two dancers perform the recognizable moves with giant pink balloons on their head. No explanation givenjust zaniness as a treat. 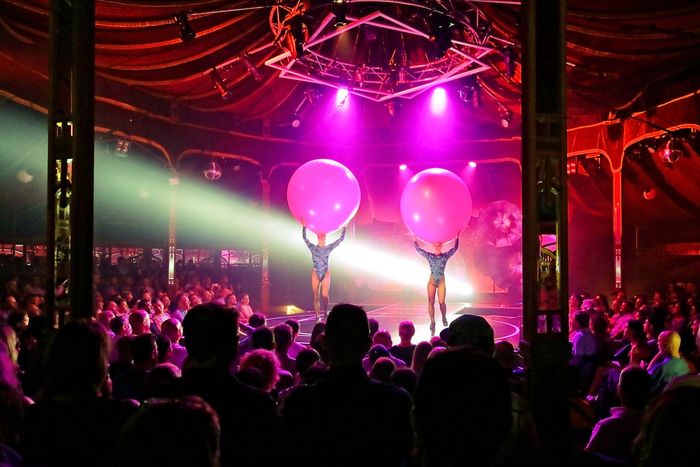 Bliss is the alter-ego of Rory O’Neill, a self-professed “accidental activist” whose 2014 speech (as Panti) went viral and had Stephen Fry dubbing it “the most eloquent Irish speech of the last century.” The speech, made on stage following a Dublin theatre production, was a rousing monologue against oppression and delicious defiance of those who sued him for calling them homophobes while making him a figurehead during Ireland’s marriage equality referendum.

Now known for speaking her mind on uncomfortable subjects (such as the stigma of being HIV positive), Panti Bliss has become an unexpected global star for her frankness and articulateness. She even starred in Australia’s most serious news program, Lateline, in full drag.

We see plenty of that informed sass in Riot, this time via a “Farrah fucking Fawcett”- inspired soliloquy about being true to oneself. With Ireland and Australia both deciding marriage equality by popular vote, the two nations have become unlikely gay twins in their new post-gay, post-equality era. Riot proves that creativity doesn’t just sit on the fringes of society, coming from tortured artists expressing their pain and tormented geniuses subverting norms as a result of their ostracism, living on the sidelines. Creativity can also happen when one form of equality has been won and the community says we’re still here, we’re still queer, and we’re bloody imaginative. 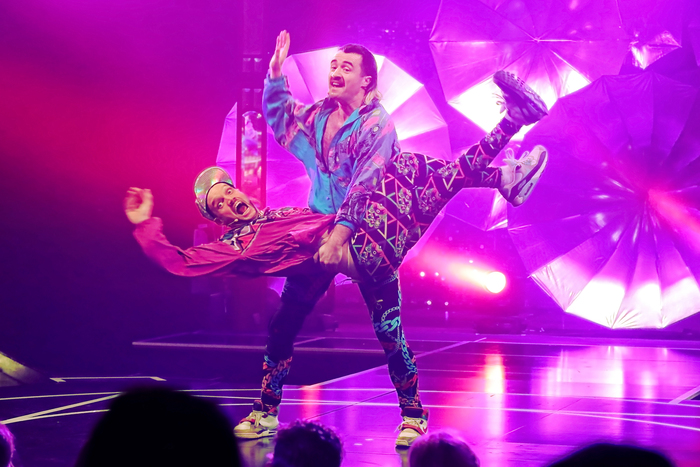 The colour, comedy, and diversity of Riot demonstrates that when gay expression finds confidence outside of the edginess of being outlaws, it can still have that exciting feel of marginalisation over inane mainstreaming. The smorgasbord of talent illuminates in a distinctly Irish variety show containing re-invented pop songs made to sound like Irish folk songs, drag, humour, and dance.

Highlights include the human instruments playing the soundtrack to one of many Irish patois spoken-word poem-cum-raps, written by Irish actor and writer Emmet Kirwan. It’s a unique way of covering those uncomfortable subjects, such as those still living on society’s margins, dreaming of a better life.

The overall message of Riot is one of solidarity, of the gay community standing with others still struggling for acceptance or a good life, and with Australia itself. Both Ireland and Australia have emerged triumphant from their long struggles towards LGBTQI equality and now they want to celebrate.

Join them, won’t you? 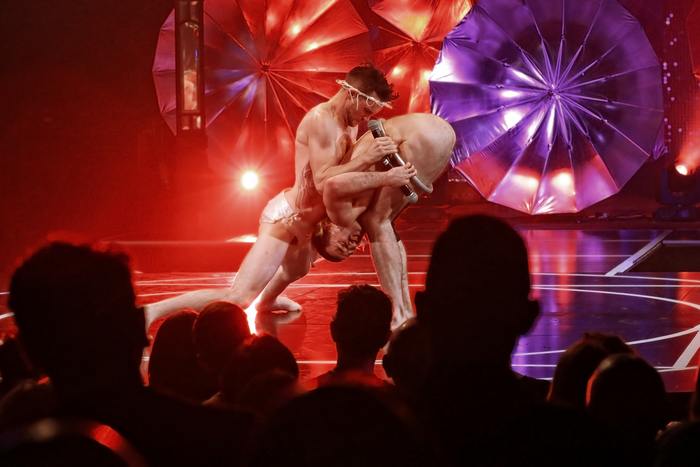 Riot is playing at the Magic Mirrors Spiegeltent as part of Sydney Festival from now until January 28. It will then play at the Arts Centre Melbourne for Midsumma Festival from January 31 through February 9.