Caroline Berler’s chance meeting with Rose Troche helped inspire a film that many queer women will be grateful for.

Berler was a student at the School of Visual Arts, figuring out what she wanted to focus on for a film school project, when her brother invited her to a Christmas party at a friend’s housethe house of a woman named Rose.

“So I went and it turned out to be Rose Troche, and I was like ‘Wow!'” Berler tells INTO. “I grew up watching The L Wordlike that was super important to me. I even remember the time I was in my dorm room in college watching The L Word on the Netflix DVDs I had gotten in the mail .. and I had this moment where I was realized that I was gay. So The L Word has always been super important to me.”

Among most queer women who pay attention to the creators making content for and about them, Troche is somewhat of a household name. Besides her work as a co-executive producer on all six seasons of The L Word, she is the writer/director of Go Fish and had an integral role in several other queer-themed television and film projects including South of Nowhere, Six Feet Under, and Concussion.

“I was like ‘Wow, I’m so in awe of you, but I tried to just play it cool that night,” Berler said. But meeting an iconic lesbian filmmaker had sparked an idea for Berler, who grew up in San Antonio, Texas where she “literally didn’t know any gay people,” and found herself “drawn to certain films like But I’m a Cheerleader and High Art.” It’s a similar scenario for many queer xennials and millennials who grew up without much LGBTQ representation on screen but were able to find gems through the rise of New Queer Cinemas in the ’90s and early aughts.

Fueled by her love for the work of Troche and her contemporaries, and her new connection to the writer/director/producer herself, Berler says she decided to focus her film on the ones that helped to inform and shape her. With Troche’s willingness to be interviewed and help offer suggestions and connections, Berler started work on Dykes, Camera, Action!,a documentary about “the history of queer cinema and the ways that women directors have contributed to this genre.”

“When I first thought of the film, I was thinking of the ’90s films because those were the films that were important to me in my own personal experience,” Berler says, “but I quickly realized that this story would not be complete to just talk about the ’90s, as much as I love that period.”

Using famed lesbian film critic B. Ruby Rich’s New Queer Cinema (a book which accompanied Rich’s coining of the term referring to the boom of queer films created by queer filmmakers during the ’90s) as her bible, Berler says she got an education on camera.

“I was approaching this as not someone who knew everything about its history but as someone who wanted to learn about it,” she says, “and I think that makes it accessible to more people, not just lesbians or film experts. It’s just coming from a place of wanting to learn more.”

Through reading and research, Berler learned of early pioneers such as Barbara Hammer and Su Friedrich, both of whom are in the film alongside Troche, Rich, and a slew of other important figures in lesbian cinema including Cheryl Dunye, Yoruba Richen, Desiree Akhavan, Vicky Du, Sarah Schulman, Lesli Klainberg, Jenni Olson, and Yvonne Welbon. The conversations had, Berler says, ranged from discussions on the pervasiveness of lesbian vampires as early representation, to a conversation on films about queer women directed by men.

“I have a section about Carol,” she says. “It was interesting. Different people had different opinions, and I think that’s one thing that’s good about the film is it kind of starts a dialogue and people can kind of decide for themselves.” 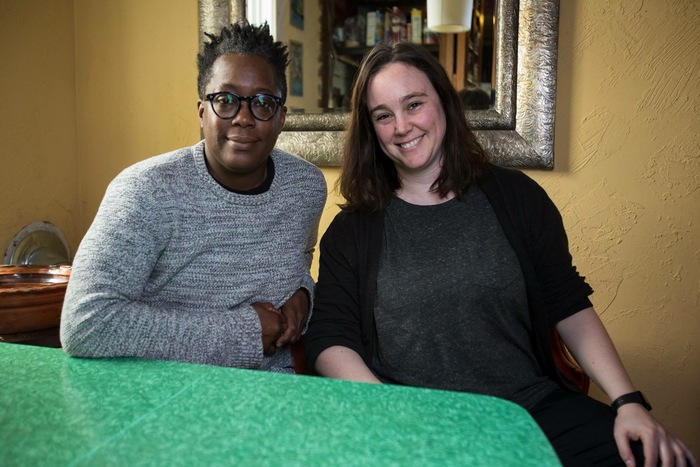 Though films like The Celluloid Closet, This Film Is Not Yet Rated, and Before Stonewall touch on some lesbian films and filmmakers, there has yet to be a modern examination of the impact and influence had by artists and auteurs included in Berler’s documentary. Inevitably, there will be some heavy hitters left out, but Berler said she tried to be as all-encompassing as possible.

“One of my friends who’s a filmmakerRachel Reichman, who I ended up interviewing for the filmwe talked early on, and I was like ‘Where do I start?’ And she was like, ‘Jump in the deep end. You’re going to start having emotional responses to certain things,’ and that really is what guided my process. I watched a lot of stuff that I tried when I was selecting what to include to pick things that I really connected with.”

The challenges for Berler were learning the logistics of getting copyrighted archival footage from the films talked about in Dykes, Camera, Action!as well as overcoming her own shyness as the on-set interviewer/filmmaker meeting with women who had been working behind the camera for decades.

“As fun as this all was, it really made me confront a lot of just things you have to learn as a filmmaker along the way,” she says. “A lot of times it’s like for me it was like overcoming my own shyness of like contacting these people I really admired and respected, showing up at their house, talking to them. … It’s like the kind of nerves you feel when you’re datingit’s kind of the same thing. It was like a first date every time.”

Now in post-production, Berler is raising finishing funds in a Seed & Spark campaign that will help ensure Dykes, Camera, Action!will be ready for upcoming screenings that she plans to announce in the near future.

“Most people don’t know this history,” Berler writes on her campaign page. “There aren’t enough films directed by women. Hopefully this film will encourage future generations of women to go out and make films and seek out films by, for and about women.”