Although you may not have heard her name before, Eivør is arguably the best-known musician to come from the Faroe Islands, a remote yet beautiful cluster of islands nestled in-between Norway and Iceland. The artist has spent 16 years crafting an impressive and extensive back catalog. This year, for the first time, she will officially release an album in the United Kingdom and embark upon a brief tour of the country, effectively bringing her singular vision to a new audience.

Sonically, this vision is rooted in a blend of organic and electronic soundscapes. It’s a diverse record; songs propelled by experimental throat singing and beatboxing sit neatly alongside highlights like the irresistible first single, “In My Shoes,” whose universal message of acceptance was written in reaction to the ongoing debate surrounding LGBTQ rights in the Faroe Islands. Ahead of Slør’s English release, we reached out to Eivør to discuss the evocative power of language, the beauty of creative collaboration, and the fact that she is, deep down, a self-described love addict. 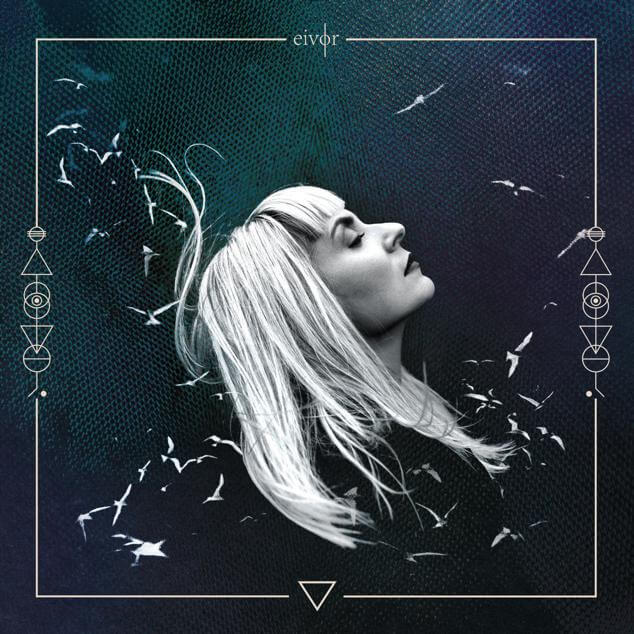 You’ve been releasing music for 16 years now, but Slør will be your first UK release. Why now, and do you feel nervous at all?

It’s a mixture, but mostly I’m just really excited about it. I’ve been working in a lot of Scandinavian countries, so it has just naturally taken time to expand my touring territories – I’ve mainly been in Germany, Holland and other Scandinavian countries. I was given the opportunity to release the album and tour in the UK, so I took that chance – it’s good! I was surprised actually, I had heard from many bands that you come over and initially play to a small audience as an unknown artist, but most of my shows are already sold out. It’s a lovely surprise to get such a warm welcome.

The album was initially sung and released in your mother tongue, Faroese, and seemed quite personal and linked to your own identity. How difficult was it to translate those sentiments into English?

Yes, it started a whole year ago – I just started to play with the idea of translating some songs, around two or three, into English because I thought they could sound cool. I’ve sung in Icelandic and some other languages before, and I’ve always loved languages. To me, switching between them is like switching to another instrument, it sounds so different. It started as a playful idea, but I’m a bit manic when I get started on things – I just couldn’t stop! I didn’t stop until I had translated – or, rather, rewritten – the whole album. It’s like a new interpretation because there are some things you can’t directly translate. A poet friend of mine, Randi Ward, got really excited about it and helped too, so we just thought we should fully go for it.

Can you tell us about the message behind the first single, “In My Shoes”?

It’s quite a personal song to me; I always write from my own feelings and experiences. It’s about finding your way in life, doing things to your own tempo and doing things you believe in. While I was writing this song, there was a debate in the Faroe Islands – which has been going on for years – about gay rights, which really affected me when I wrote this song and a few others.

What’s the story behind the music video?

Kirstin Helgadóttir, who directed and produced the video, actually had this idea of having a drag queen dancing a quirky dance. It immediately made me think of Dennis – I felt his strong character and touching life story would be a good match to interpret the essence of the song. We contacted him straight away and he was really keen to do it, which I was so happy about because I’ve been a fan of his for a long time. I’m so glad that Kirstin came up with the idea, as I hadn’t really thought about it. I love to get input from other artists to help create something you maybe wouldn’t have thought of yourself.

You’ve talked about LGBTQ rights, but many artists deliberately try not to be political – why was it so important to you, to use your platform in this way?

I’ve never really seen myself as a political songwriter – I was always the type to stay away because I never wanted to narrow my songs down to a certain political view or anything. I like people to have their own interpretations of my lyrics and songs but, in this case, I felt it was a really important message. Some places in the world are way ahead of others in terms of LGBTQ rights, and human rights in general – why not paint it out?

You grew up in the Faroe Islands before moving to Reykjavik and, now, Copenhagen. Do your identity and your experiences consciously influence your music?

I think so. I get inspired by the environment around me, but also by my roots in the Faroe Islands and the experience of growing up in such a small place. For most of my adult life, I’ve lived away from my birthplace, but it still has a really strong influence on me – when I write songs, I tend to visualize Faroese nature and values. I guess it’s a big part of who I am and the way I think, as is that urban mentality that comes from living in big cities. It’s a balance. 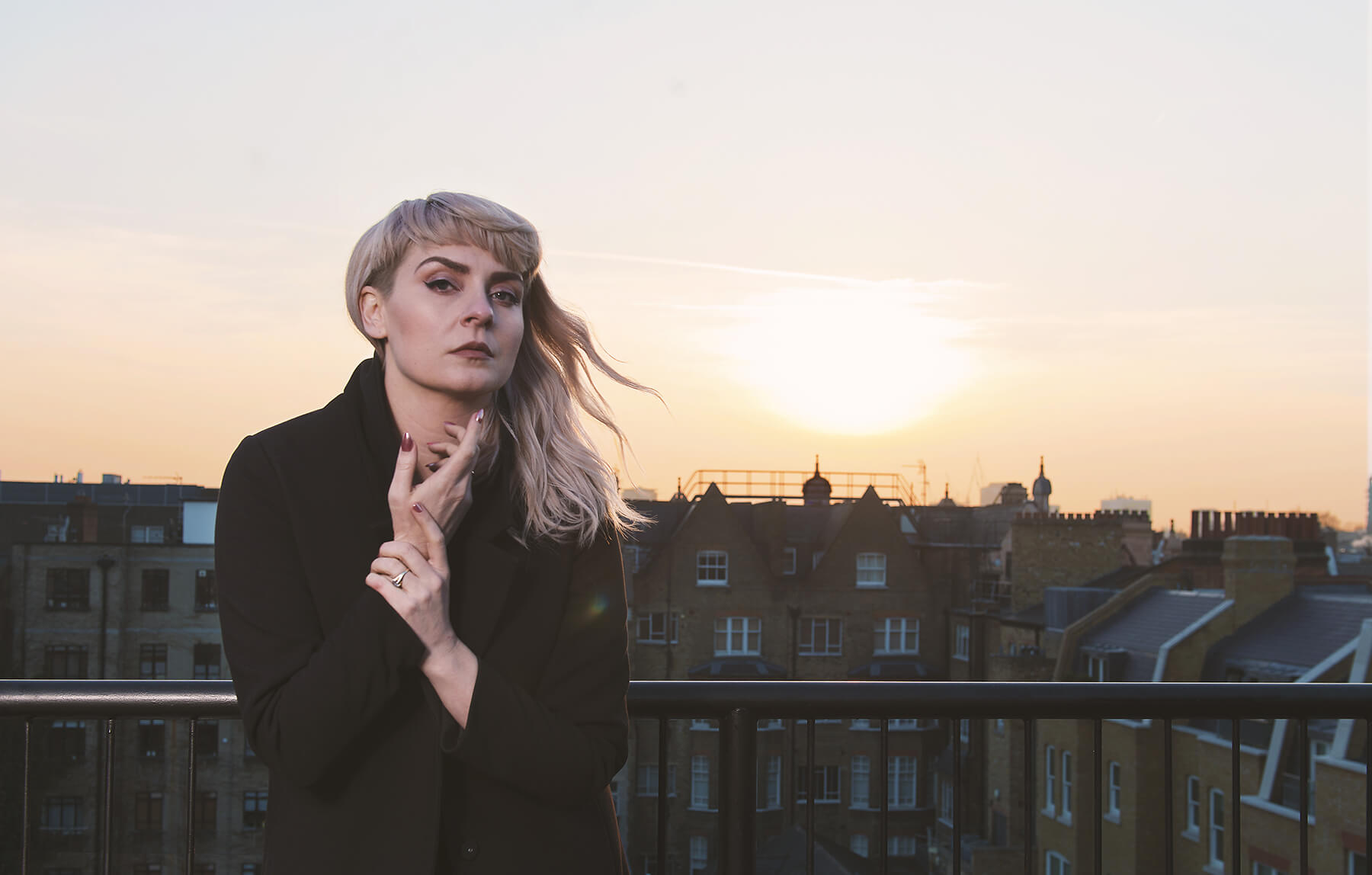 It seems to filter into the music – there’s a strong mix of organic and electronic.

Yes, that’s very much how I see the soundscape of this album. The melodies and themes are very inspired by my roots, but the production has a very “big” sound to it.

Do you have any favorite songs?

It’s always tricky – it’s like picking a favorite child! It depends on which mood I’m in, but I do like to sing “In My Shoes” because it embraces many situations. It doesn’t necessarily only talk about being gay or straight, but just about being a person with the freedom of choice to go your own way. There’s another song called “Salt,” which is also amongst my favorites.

“Surrender,” the second single, is very different from the first – was it a conscious decision to show that versatility?

It is a bit different I guess, isn’t it? “Surrender” is a love song that has a different vibe to it. I’m like a love addict! Most of my songs are about love in some form, but “Surrender” is a song about seeing another person behind the curtain; behind that mask that we all carry around.

Your recent Jools Holland performance was both left-field and extremely powerful. What made you decide to perform “Trøllabundin?”

It was actually a request. I guess they wanted one act that was a bit more experimental, so that song was their preference. It’s funny because that’s actually one of my old songs which I decided to re-record because its shape has changed so much as I’ve played it live over the years. My songs do usually change shape because I like to keep them alive and allow them to walk their own way. The new recording is a mixture, and I love to perform it because it’s a combination of traditional Faroese singing and new things that I’ve been experimenting with, like throat singing and beatboxing. I think I recorded it for the first time around ten years ago without these elements, so those are new things that I’ve added.

It’s interesting – I was listening to Slør in its original form, and it struck me that listening to a song in a language you don’t understand really forces you to focus on melody.

I like to listen to songs in foreign languages as well. It lets you create the meaning of the lyrics yourself, and it has a completely different sound. It allows you total freedom of imagination.