On Wednesday night, removed Alabama judge and recent Senate election loser Roy Moore posted about his opponent Doug Jones on his Facebook page. Now, given that Roy Moore lost the election, posting about his opponent is uncommon. But not only did Moore post about Jones, he posted about Jones’ son, Carson Jones, who recently came out as gay to INTOin an exclusive interview.

Moore posted a link to an article in The Advocate about Carson Jones without any accompanying text. The headline merely states that Doug Jones’ gay son is “thrilled” by Alabama win. 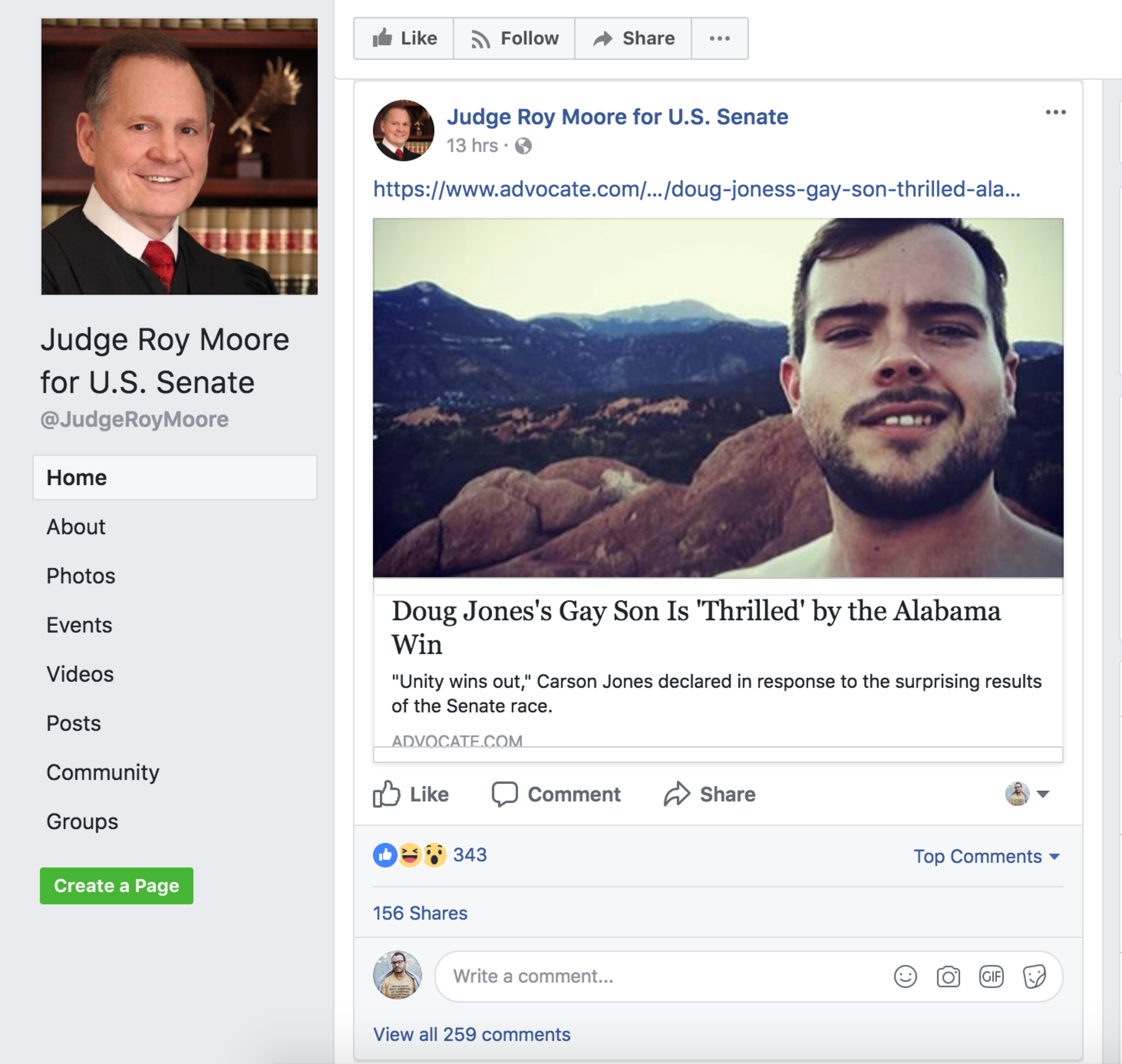 Plenty of people in the comments are criticizing Moore for seemingly trying to highlight the fact that Doug Jones’ son is gay in order to score political points with homophobesafter being a non-conceding sore loser.

In one comment, a voter wrote: “This is a cheap shot. It is unbecoming of a senatorial candidate to attack the family of your political opponent in my opinion. Just concede and go away.”

“I’m shocked that the candidate’s son is glad dad won,” wrote another person. “I realize it was probably staff that posted this, but after months of defending pedophilia, shouldn’t this be a little beneath even you piece of human trash?” another person wrote.

On the post about Doug Jones’ son, Moore did not include any information about his son who has been arrested nine times.

Interesting that Moore is out here trying to play moral leader when, you know, his local Alabama mall allegedly banned him for cruising teenage girls for dates.