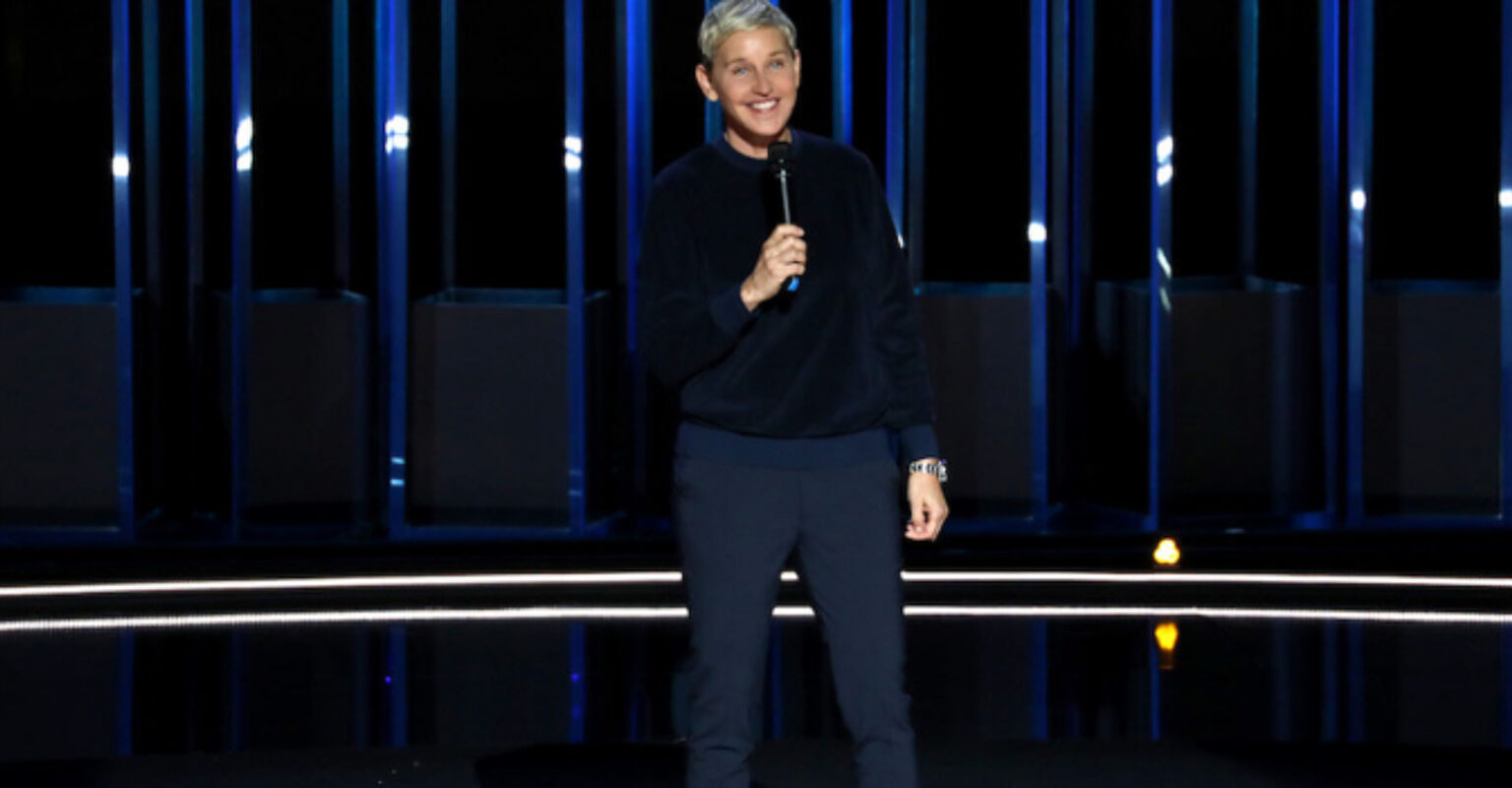 Ellen DeGeneres’ Netflix comedy special Relatable was released this week on the streaming giant. Co-directed by lesbian comedian Tig Notaro, the special serves as Ellen’s return to stand-up comedy after 15 years, and while, thematically, the show is about how unrelatable her life has become in the last 15 years, it seems one thing has remained true and consistent for the comedian: Ellen DeGeneres is still the Apex Lesbian.

The talk show host has dominated her field for nearly two decades. She is not only one of the most successful women in show business, but she’s also the most successful out lesbian in Hollywood. In the late ’90s when Ellen came out, it was a major feat, and it remains one in today’s fraught political climate. That Ellen can be out, stay out, and reap money, power, success, and be universally lionized, shows that the culture has changed—because she’s the one who changed it.

In 1997, Time published a cover with Ellen’s photograph, emblazoned with the words “Yep, I’m Gay.” The moment was groundbreaking, not only because she paved the way for more LGBTQ roles on TV, like her character in the ABC sitcom Ellen, but because out lesbians in Hollywood were essentially nonexistent at the time. In Relatable, the seasoned comedian jokes about coming out in a time when being gay wasn’t widely accepted, and how other LGBTQ actors didn’t necessarily burst through the gates and follow suit, but rather peered out of the closet like meerkats, then returned to their holes when they saw how hard it was for her.

By being Hollywood’s lesbian guinea pig, Ellen DeGeneres proved she has unyielding strength and endurance. She fielded backlash from both the public and the industry. It takes a certain type of moxie, and a massive pain threshold, to be able to withstand such heat, and had Ellen not boldly stepped into the sunlight first, who knows where we would be? She blazed the trail for comedians like Rosie O’Donnell, Tig Notaro, Kate McKinnon, and Hannah Gadsby. But it’s not just Ellen’s stamina that makes her an icon—it’s also the sheer vastness of her success.

Many of the jokes Ellen cracks in Relatable are about how much her life has changed in the 15 years since The Ellen DeGeneres Show first aired. She jests about a fictional butler named Batu, a housemaid who draws baths for her, her expansive bathroom, her rose garden, her outdoor fountain flanked by a circular driveway, and many more riches. And while it’s all meant to be funny and in good spirits, for me, the whole bit really just reads as “lesbian goals.”

LGBTQ people are still severely discriminated against in the workplace—in 2017, one in four LGBTQ people reported facing employment discrimination within the last five years. Many states don’t protect queer people in the workplace, and in 28 states, a person can legally be fired for being gay, bisexual, or a lesbian. Getting a job can be hard, and keeping it can be even harder—especially if a person is steeped in a homophobic work culture. So, to see an out lesbian with as much money, power and success as Ellen is inspirational. Everything she has, including her successful marriage to Portia de Rossi, is on my vision board. The message Ellen sends as an out queer woman, who’s not only unafraid of being out, but actively talks about it in a public forum, and isn’t punished for doing so, proves that other queer people can do it too.

Ellen has always stuck her neck out for underprivileged people, which is probably why she’s so universally adored. As far as being “relatable” goes, her new special ensures that she’s as relevant as ever and can still make timely, thoughtful, smart lesbian jokes.

I have to admit, I was worried that Ellen might not have her finger on the pulse of what constitutes a “good” lesbian joke anymore, given her 15-year absence from stand-up. I was so pleasantly surprised by her quips on lesbianism—and that she didn’t shirk the topic, but rather hit on it early on, and returned to it numerous times. One joke that really killed me was when she described an interaction she had with a woman who found out that Ellen owned three cats and chimed, “You really are a lesbian,” to which the comedian replied, “I got news for you, that’s not what makes you a lesbian. It’s other stuff.” Simple! Clean! Funny!

The one-hour special was timely and smart, but Ellen also took a note from Hannah Gadsby’s playbook, and interlaced her routine with honest, moving anecdotes about her past. She opened up about coming out, staying out, and learning compassion through her own struggles, while encouraging messages of acceptance, love, and empathy.

At the end of the special, DeGeneres said, “The time after I came out was really one of the hardest periods of my life, but it was the best part of my journey, because it’s when I realized how strong I was.” With this, she signed off: “We are all the same. And we are all relatable.”