No, you’re not experiencing deja vu.

With the surprise release of his latest album Kamikaze on Thursday night, Eminem found himself at the center of another controversy. On the album’s track “Fall,” the rapper described out queer rapper Tyler, the Creator as a “faggot.”

“Tyler create nothin’, I see why you called yourself a faggot, bitch,” Eminem raps. 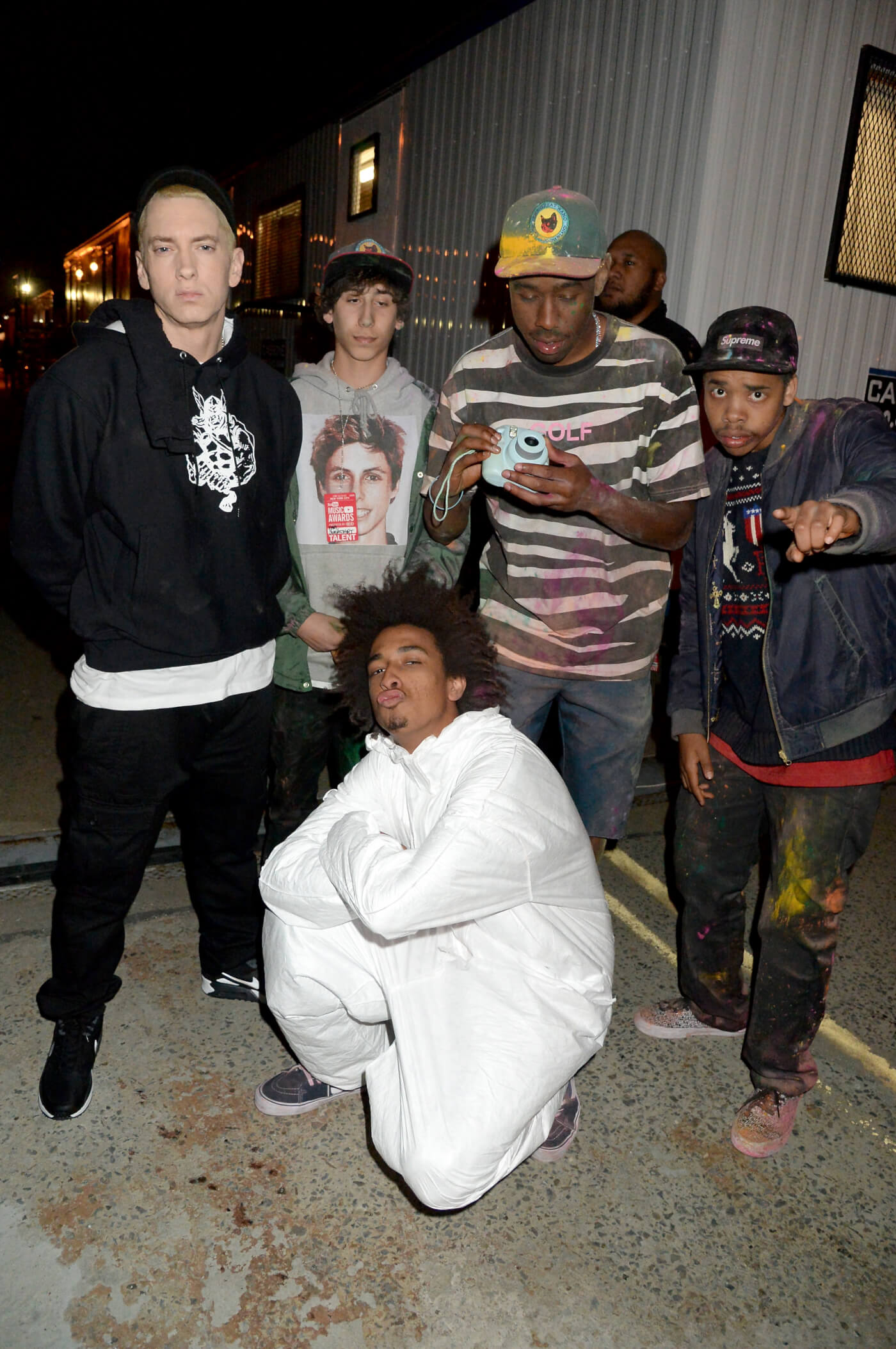 Though Eminem raps the lyric, the word is bleeped out on the song.

Many people expressed their disapproval of the lyric on social media.

Can't even say I'm surprised that Eminem is still using homophobic slurs in 2018 bc he's a fucking child but Justin Vernon, what the hell are you doing on the track man. pic.twitter.com/z2ySJBNF85

A nine year old boy killed himself just last week because of homophobic bullying so a mainstream rapper suggesting that word is acceptable to use in that context is kinda fucked up wouldn’t you agree Wiggles https://t.co/5xpyIbFm86

Tyler is still banned from the UK. Eminem headlined Reading festival last year with a back catalogue of lyrics about raping/killing women, mass homophobia, transphobia, misogyny, abuse of mentally disabled kids…. And don't even fucking talk to me about it being 'his character'. https://t.co/MiLwNi6Qgl

I just don't give a shit, don't be fucking homophobic, what the fuck's the matter with you? It says a lot that Tyler insulted Eminem's ART and OUTPUT – BECAUSE AS A FAN HE WAS DISAPPOINTED – and he just called him a faggot back.

“I love you Marshall, you are my favorite rapper but dude ShadyXV is f-cking ASS hahaha why wont someone who loves him tell him NO,” Tyler wrote.

This controversy follows a long string of charges of homophobia against the Oscar-winning rapper. Eminem denied being homophobic in a 2013 Rolling Stone exclusive.

Songwriter Justin Vernon, of Bon Iver, who appears on the track and co-wrote it, said on Twitter that he was unaware of the lyric when he recorded the song.

“Was not in the studio for the Eminem track… came from a session with BJ Burton and Mike Will,” Vernon wrote. “Not a fan of the message, it’s tired. Asked them to change the track, wouldn’t do it.”