For the last seven years, queer musician-writer-producer Erin McKeown has collaborated with Tony Award and Pulitzer Prize-winning playwright Quiara Alegría Hudes (In the Heights; Elliot, a Soldier’s Fugue; Water by the Spoonful), on Miss You Like Hell, an inventive musical that follows an undocumented Mexican mother and her troubled, estranged daughter as they reassess their relationship on a cross-country road trip. The timely musical, starring Daphne Rubin-Vega, ran at The Public Theater in New York this past spring.

On Monday, Ghostlight Records celebrates the musical’s October 5th cast album release with a party at Joe’s Pub, at which Rubin-Vega, McKeown, and other cast members from The Public’s spring production will perform. The concert will benefit Madre, an organization that “partners with grassroots women on the frontlines of war and disaster.”

In anticipation of Miss You Like Hell’s cast album release, INTO sat down with McKeown to reflect on the joys and challenges of telling socially relevant stories on the musical theater stage. 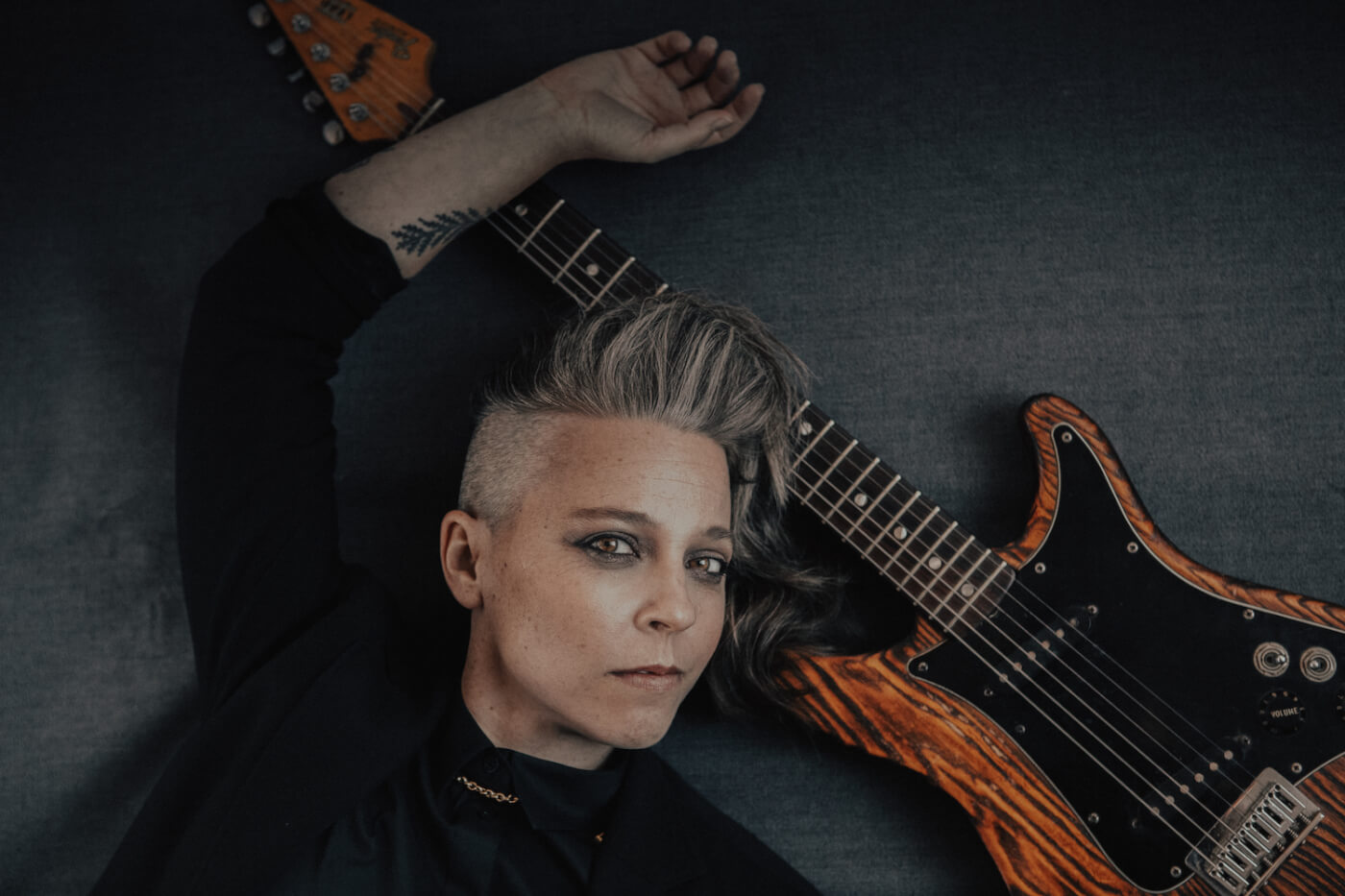 You’ve done a ton of work as a musician and producer, but this was your first time working on a musical. What was that like?

I would say, in short, working on the musical over the course of seven years was challenging and thrilling and a completely new experience for me.

The thing that’s awesome about it, of course, is that we’re working with not only incredibly talented and accomplished actors, but actors who had closed the show, and musicians who closed the show, two days before. So that was to our advantage, and that was why we were able to do it and why we did it that fast. What you hear on the recording is the way the show sounded on the last day it was open. And that I think is pretty cool.

When I saw the announcement from The Public about the run of Miss You Like Hell earlier this year, I thought, “Road trip musicals are hard,” because musicals take up a lot of dramatic space on stage. So when you put characters in a car, it kind of creates a bunch of negative dramatic space. Does that have anything to do with the challenges you ran into?

Um, that… Yeah. I mean, that’s 100 percent it. That’s the biggest challenge. And in some ways, it’s not my challenge as the writer. You know what I mean? It really falls on the director to solve that problem in terms of staging it.

And to be honest, Miss You Like Hell might be a better movie than it is a stage play. And there’s no interest currently, there’s no plan currently. But thinking about these issues, the dramatic issues of two people, in a very small space, does not make for great theater.

But I think this is a tough area in musicals about the road. Like, how do you express, visually, that feeling of exhilaration that comes, for example, with, you know, [you] pull around the corner and the horizon of America opens up in front of you? Like I said, the movie is still in my head, and I hear it when I listen to that music. But it’s tricky.

That’s probably not the most politic answer. [laughs] It’d be great to say, like, “I think we solved it. We did it.” But being honest, I think road trip musicals are hard. And I think we’ve situated ours in the dramatic context of The Odyssey, you know, in terms of, like, it’s a mythical trip with obstacles. And I think we were also, to be honest, criticized for that, so… [laughs] I don’t know.

I was proud of our production. I thought we embraced the challenges that came with it. And, you know, might be a better movie. 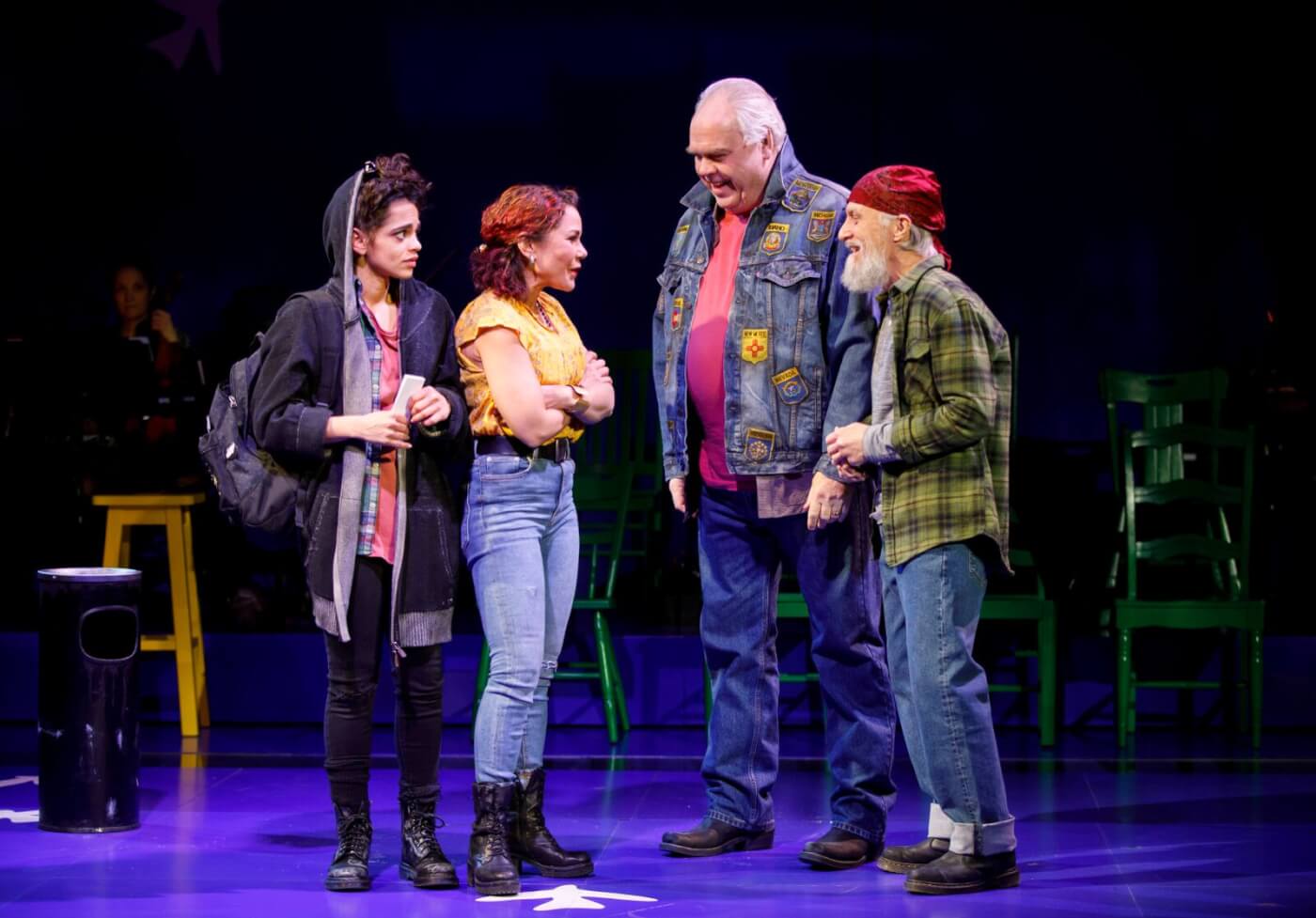 I tend to feel that musicals are really great about holding “hero’s journey” stories in which the songs all advance the plot along that narrative arc, and not so great at holding episodic epics like The Odyssey or Canterbury Tales. I wonder how musicals can solve the problem of holding other types of stories.

I actually think that musical theater doesn’t have to solve them. I think we just show them. Like, we just do it: like, do the show as we do.

And I think the issue is in the expectation and the reception, to be totally honest. Like, I think musicals are actually really great ways to show stories with diversions.

And to me, there is so much pleasure in writing a song that does nothing. [laughs] I find this expectation, of songs that move the plot along, I find it particularly onerous.

And I, maybe somewhat obstinately, and probably, again, to the detriment of the reception of the show, I kind of refuse to play [into] that. Music is also about inarticulate pleasure, and I think musical theater can absolutely embrace that moment and should embrace that pleasure.

And I hope that people can come into the theater with a different set of expectations, because I feel like you’re missing out on so much pleasure if you continue to hold every single song to this rigorous thing of like, “Ooh, it has to move the plot forward,” or, [to] every single character, “What is their explicit purpose to the plot?”

I wonder if there’s a way to relate that to Ursula K. LeGuin’s “carrier bag theory of fiction.” Like, we tend to think of stories in terms of, “The village is hungry; the warrior leaves the village to kill the woolly mammoth with his weapon; he comes back and saves the day with meat for everyone,” whereas LeGuin proposes this alternative, of going out to gather crops with a carrier bag and bringing the food back to share, and applying the same concept to the gathering of stories. So it’s less about one hero’s domination and triumph and more about going out to gather, and bringing back the goods to nurture and share with the community.

Yes. This conversation is inextricable from gender, and that intersects Miss You Like Hell in a number of ways. It’s not surprising to me that that this theory of, “Maybe stories can be about gathering things” comes from a woman, and that Quiara and I want to tell this story in this way. There’s a way to tell Miss You Like Hell [as] a solo hero’s journey, and we are fundamentally uninterested in that. I think we’re uninterested in that from a feminist perspective, and from the perspective of being female people.

Quiara has decided to take a break from theater. She will not be writing plays for a while because of some of these issues.

Your album release concert on Monday will benefit Madre. Can you tell me about them?

I would say, more than I’m interested in dysfunctional family relationships, or even, expanding on a topic like disenfranchisement, I’m actually interested most in creation of family and creation of relationships. So creation rather than destruction or fixing. And that’s something I probably contribute most [to a creative collaboration], besides technical and musical things: I’ve been putting together really interesting assembled families in different ways for a long time. And that always interests me, that act of creation. 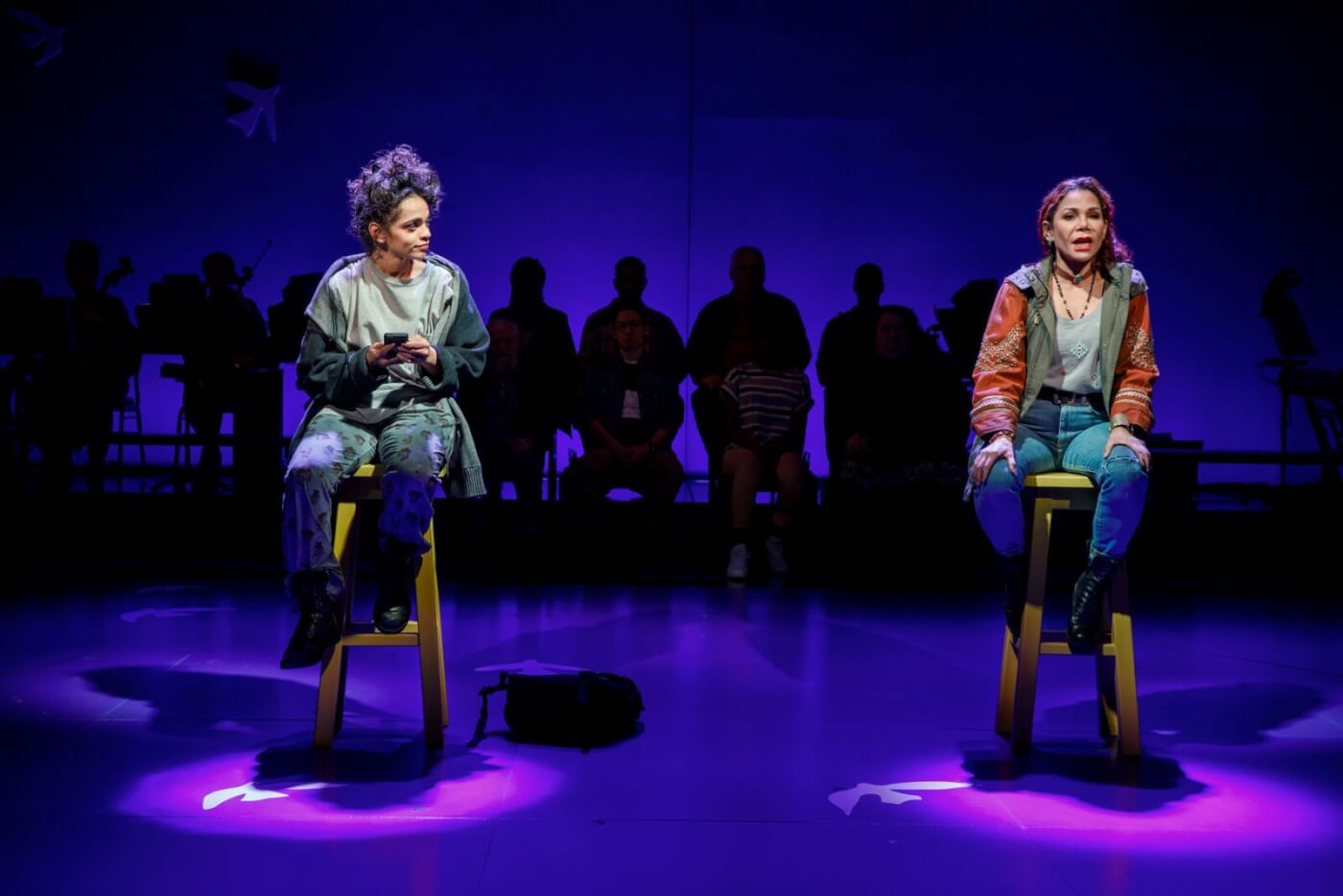 What are the responsibilities of artists under an oppressive government?

I think the responsibilities are the same, under an oppressive government or not. I certainly, on a personal level, feel more rage, currently, with this government, but I don’t feel like my responsibility as an artist has changed, and that is particular to me.

And to process the things that don’t get written about, don’t get felt, don’t get shown in art, to provide comfort when people need it. I have always felt like that’s my job, no matter who’s in charge.

To be honest, it doesn’t feel more urgent to me now, but I think more about sustainability. Like, how can I keep doing this and take care of myself and take care of my communities at the same time? But that’s how I think about my responsibility as an artist. And to be honest, I will not judge someone who is like, “I just want to sing.” Like, cool. Like, totally cool.

That is not how I choose to do it.

Miss You Like Hell’s original cast recording is available on Ghostlight Records digitally on October 5th and on CD and in stores on November 16th. The label will celebrate the release with a party at Joe’s Pub on October 8th; see joespub.com for details.