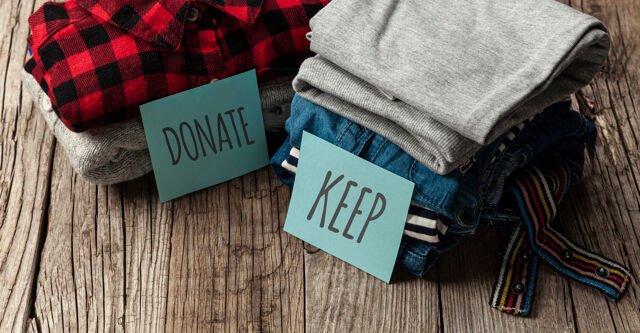 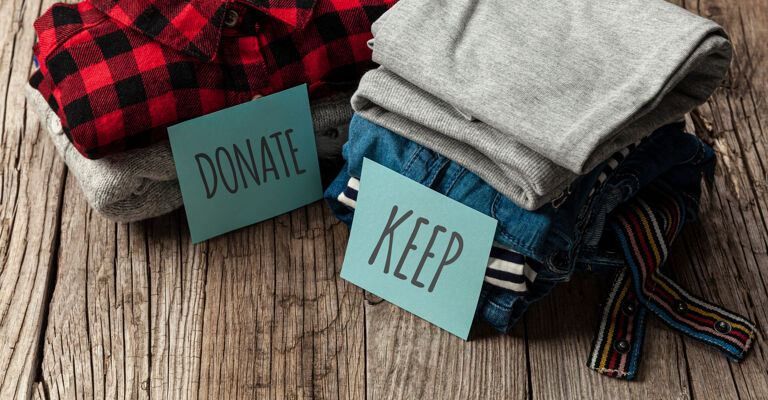 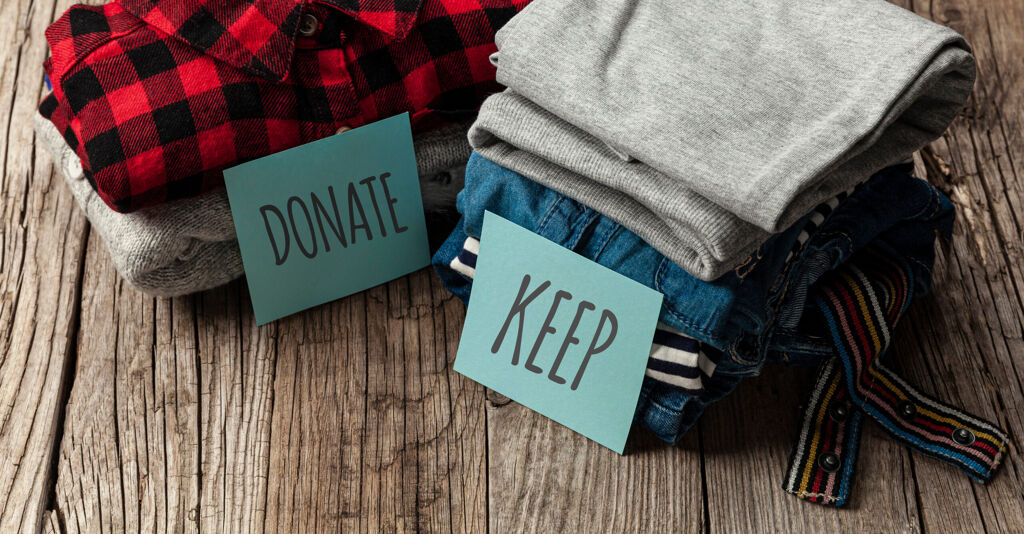 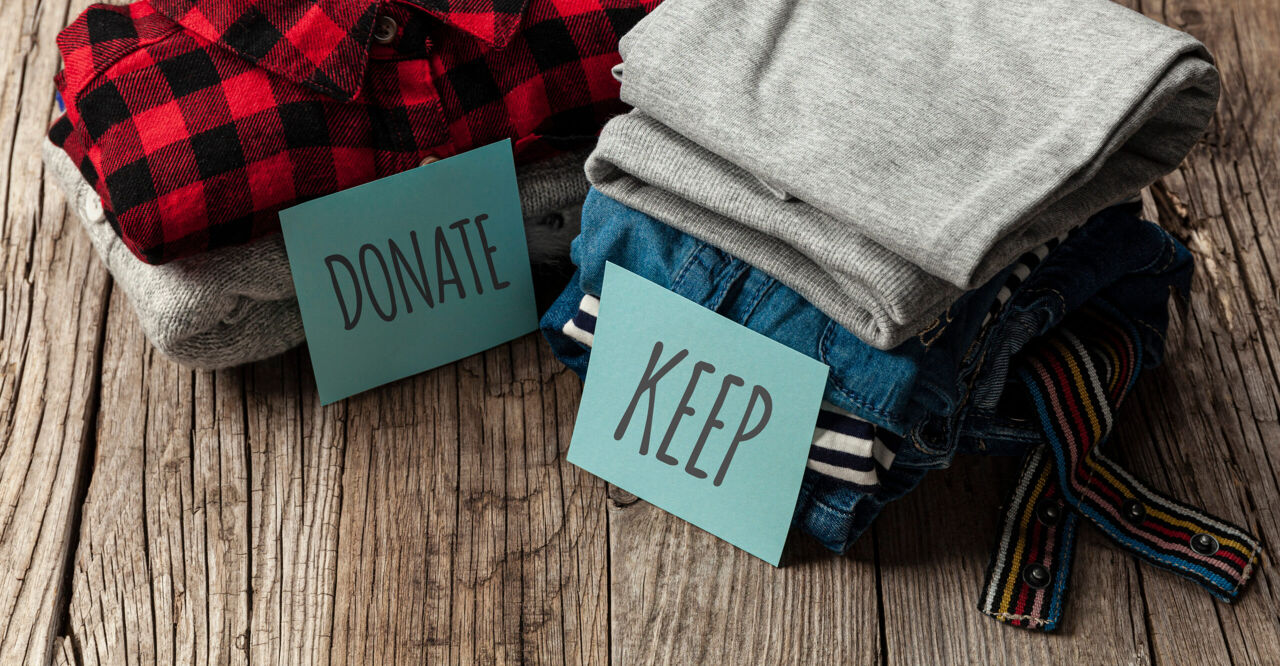 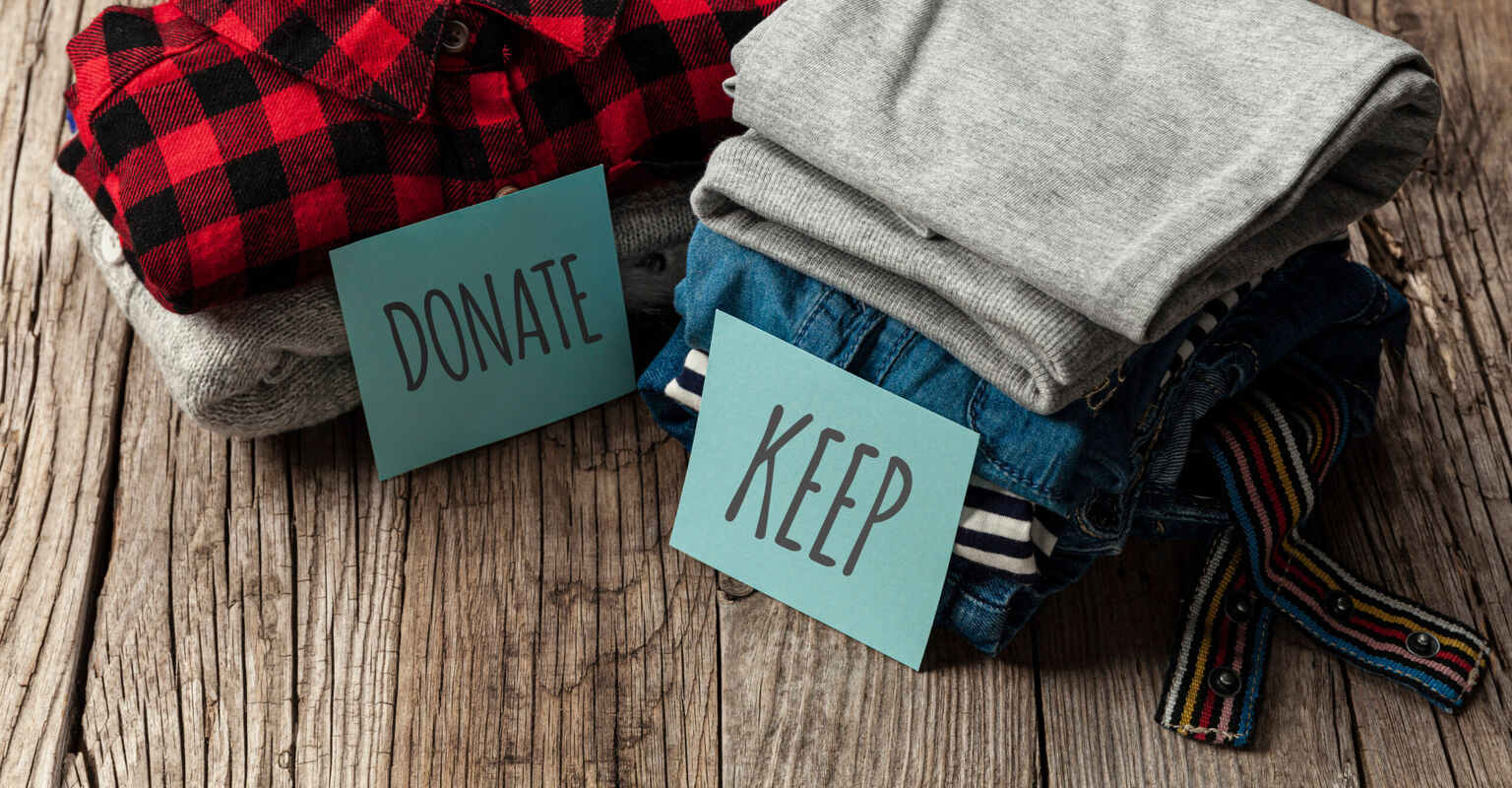 At no point in your childhood, in K-12 education, in, should you choose to pursue it, higher education, or even in beloved staples of pop culture, is there a warning that once you reach a certain level of adulthood, you are constantly purging.

I am fortunate for the career I’ve had as a journalist and writer, which has allowed me access to private and backstage events, gifts from speaking, reading and teaching engagements, and working for or alongside some household name brands. That also means that about thrice per year, I am pleading with my neighborhood “Buy Nothing” group – or my younger siblings – to help me take a bunch of branded swag (journals, T-shirts, hoodies, near-unusable cell phone accessories, kitchenware) off my hands, or parceling them out to donation or recycling bins, praying to eco-friendly Jesus that I’m not contributing to the world’s landfill.

And then there’s the constant purging of clothes – finally letting go of that pair of Banana Republic jeans you got for a steal in college, but has deteriorated to shreds over time, or the Abercombie T-shirts – promise they weren’t the offensive ones! – that nicely fit your body when you were still a twink, but didn’t stretch to your more otter-like frame. The impulse buys from Old Navy that somehow became out of date a year after you bought them, but stuck around your closet for at least five, and all the half-size-too-small gym shoes that you just had to have because they looked fab, but only wore once or twice because they cramped your feet after just 15 minutes.

But the subcategory that no one ever, ever warns you about are the material purges brought about by ex-boyfriends. While I’ve gotten into a steady rhythm of getting rid of swag and doing better about resisting impulse buys, I’ve still found myself weighed down by things that I only bought because a boy told me to, or things I kept because a boy said it was cute.

I’ve tried to make my apartment my own and curate a style reflective of who I am and who I’d like to be. But too many ghosts of ex-boyfriends past are taking up residence with me, and they’re in plain sight every time I look up.

Take for instance a pair of bar stools from IKEA that I hastily bought to appease a boy who, after spending a night at my place, complained about my kitchen island not having counter-height seating for breakfast. He nagged and nagged about it for weeks until I broke down and drove out to Red Hook, thinking I’d get a fashionable pair that matched my existing décor. Everyone in Brooklyn must have had the same conversation, because the only ones left were some gunmetal-shade stools meant for outdoor use, and since I didn’t want to leave empty-handed, I went ahead and bought them and wore out my joints assembling them back home.

We broke up before he could sit in them.

That same ex forced me to buy a new outfit for a Eurovision-themed party, in which each attendee had to wear the colors of a different country’s flag. I was Sweden, and though I’m not Swedish (even though a DNA test did say I have an ounce of Scandinavian in me), I trucked out to the Gap for the last pair of blue French terry gym shorts in my size and a dandelion-yellow tee.

Never mind the fact that these are also the school colors of my college rival. I wore the getup exactly once to that party, and while I got some mileage out of the shorts, the shirt simply didn’t pair well with any other bottoms in my wardrobe, so on the shelf it sat.

And just as I became ready to undo all of this in my 30s, my generation is the one hit with the millennial guilt of throwing anything away as climate change and other world catastrophes can be tied directly to waste.

There were all the other things I held onto, oddly: Four coupe glasses that I drove in rush-hour traffic to Crate & Barrel to buy after a different ex wanted them specifically to make old fashioneds for a party we were throwing together; the bottle of Angostura bitters he used to make said old fashioneds; a plain black H&M shirt that I’m not sure is his or mine because we both had the same one in the same size and possibly mixed them up on the many times we slept at each other’s place.

And so many other odds and ends from various exes: a brand new, still-unopened enema bulb, the Playbill from a show one guy loved, but I absolutely loathed, a Harry Potter-themed Moleskine I had planned to give as a gift, self-published books from a writer I dated for a year, beaded bracelets my first boyfriend left at my place after one of our many failed reconciliations, too-expensive face wash I was told was hard to come by in the States, a red cowboy hat from a Halloween costume.

So why hold on to them for this long? Blame it on several intersecting factors. I’m definitely the product of folks who can trace their refusal to throw anything away because of the Depression; my great-grandmother, born before it, but lived well into my 30s, was notorious for holding onto anything and everything with perceived value, something she passed down to her children and her children’s children, which included my mom.

And we’re all Black, and a constant in any Black household is, as the song goes, being thankful for what you got, even if you may not have much at all. My grandmother, a divorcée, showed me how to spot a deal and bargain shop. My mother, an army vet, taught me utilitarianism. And just as I became ready to undo all of this in my 30s, my generation is the one hit with the millennial guilt of throwing anything away as climate change and other world catastrophes can be tied directly to waste.

As I purge, and continue to purge, I’m now reminded of the African-American tradition of cleaning house before the new year. Perhaps that’s spiritual as well, as getting rid of the physical wards off the evil spirits – in this case, evil spirits being bad boyfriends.

So, I learned to live with it all. Until I realized after sorting laundry, I had two of those plain black H&M shirts. Instead of trying to remember if both were mine or one was his or maybe both were his, I finally said “fuck it” and chucked them both, knowing full well I had a few other black tops that would suffice.

I didn’t mention it above, but I got rid of this purple American Apparel hoodie that I loved because even though it was all the emo rage back in 2012, anytime I see it, I see my ex wearing it with his boxer briefs to keep warm while we were both hungover one morning. Into the discard pile it goes.

I got rid of the dandelion-yellow Gap shirt, and about six other shirts that the Eurovision ex said I looked nice in. I got rid of the limited-edition IKEA shirt I wore on a first date with a guy who didn’t tell me he was still in a domestic partnership at the time we went out. I gave the aforementioned stools, which always took up too much space anyway and only got uglier by the day, away on my “Buy Nothing” group.

The unopened Moleskine went into a Little Free Library, as did the self-published books. And even though I can feel many of the beloved women in my family’s evil stares from throwing away unexpired pantry goods, I took a deep breath and tossed the Angostura bitters. The coupe glasses, which have been collecting dust since that party, went out on the curb for recycling.

As I purge, and continue to purge, I’m now reminded of the African-American tradition of cleaning house before the new year. Perhaps that’s spiritual as well, as getting rid of the physical wards off the evil spirits – in this case, evil spirits being bad boyfriends. But tradition aside, I felt…better?…discarding these things. It was unusually cathartic, in the way that doesn’t come with my usual purging. My mood lifted, my worries were unfounded, and any anxiety I thought I would’ve had by letting go was nonexistent.

I finally get to walk into my next season uncluttered. And as for any future exes – short of not inviting them into my house at all, let’s just say I’m only spending money on food and drinks.

Aaron Foley is a journalist and novelist living in Brooklyn.