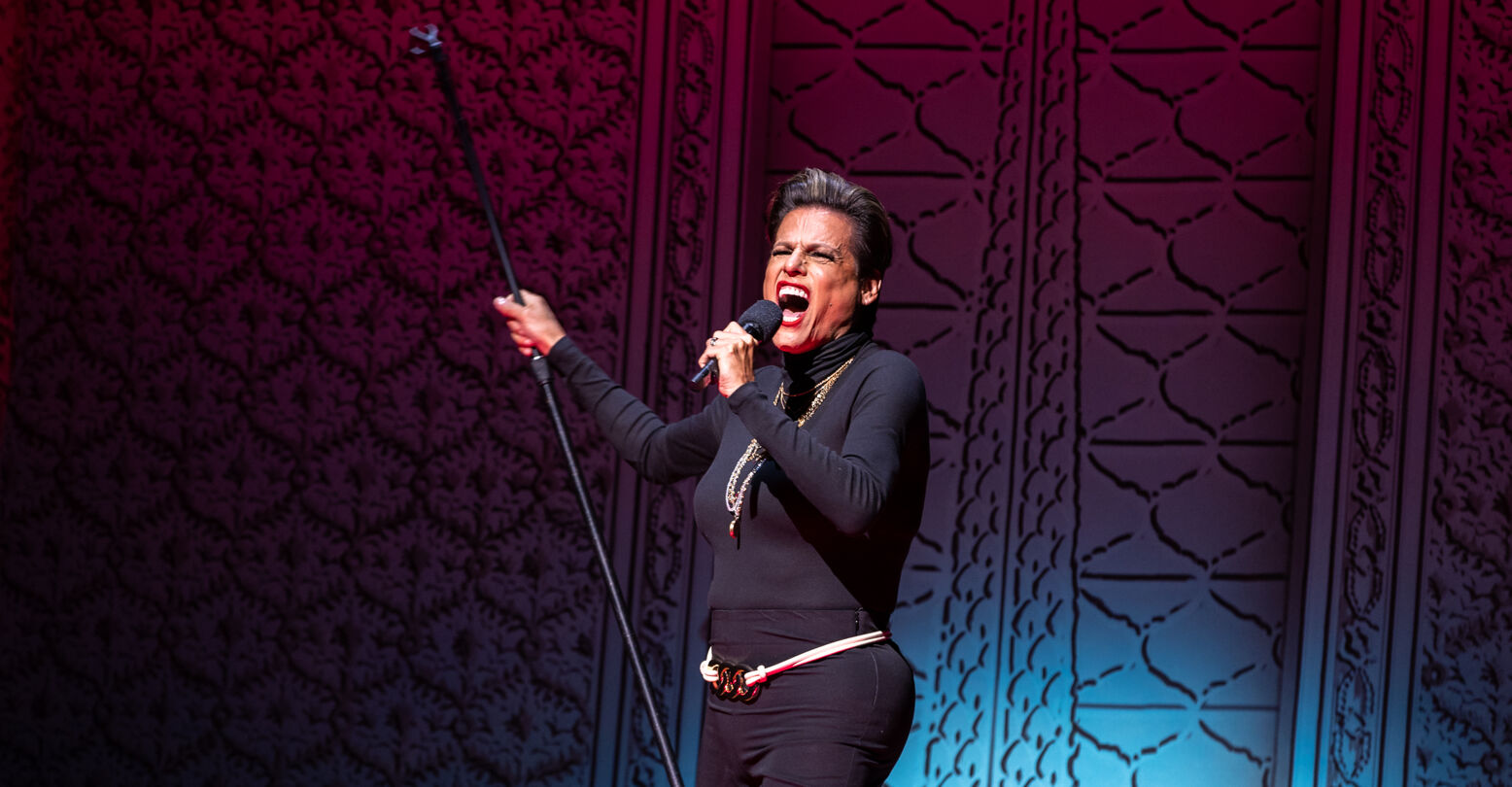 To say that Alexandra Billings is having a moment is to underestimate the legacy that she continues to put front and center.

Through scene-stealing TV roles in Transparent and The Connors, Broadway appearances in Wicked and The Nap, or her social media presence in which she gently refers to viewers as “humans,” Billings refuses to fade into the background. Many in the LGBTQ+ community have been forced to hide — sometimes out of fear, other times out of survival. For trans women of color especially, visibility can be deadly. Last year, the Human Rights Campaign tracked a record number of fatalities against transgender and gender non-conforming people.

Often the trans experience is told through a lens of trauma. But Billings recently flipped the script at Broadway Backwards, a benefit for Broadway Cares/Equity Fights AIDS and The Center, New York City’s LGBTQ+ community center.

The sold-out event — created, written, and directed by Robert Bartley — invites performers to reimagine production numbers and roles from Broadway’s most memorable shows. Billings took on “Mr. Cellophane” from Kander and Ebb’s Chicago. Typically a song about invisibility, she began the performance with a monologue about how, on the brink of suicide, she first saw transgender representation on an episode of The Phil Donahue Show.

“And remember this is me, 14, 15 years old in Schaumburg, Illinois. [I] never heard the word transgender. ‘Transsexual’ didn’t exist. None of that existed,” said Billings. “I had no idea what the heck was going on with me. Nothing. I just thought I was extra fabulous.”

“And I sat there with these pills in my hand,” she continued. “This is the truth. On the edge of my bed on a Friday afternoon, and I said out loud, and to the universe. ‘Oh, there I am.’ Art is the reflection of the human experience. If we do not see ourselves reflect in art, we disappear. We need your help right now, because I fear we’re disappearing.”

Billings changed the final lyric from “Never even know I’m there” to “Everyone will know I’m there.” The crowd leapt to its feet, and Billings’ performance helped raise more than $750,000 for essential services provided by the evening’s beneficiaries.