Towards the beginning of her documentary, Susanne Bartsch: On Top, the titular party planner turns to the camera and asks: “If it’s not a statement, what’s the point?” This philosophy drives Bartsch in both her personal and professional life, propelling her to iconic status in New York City’s nightlife scene over the last three decades.

With no exaggeration, executive producer RuPaul declares early on that “Susanne Bartsch picked up where [Andy] Warhol left off,” and through this insightful profile, directing duo Anthony Caronna and Alexander Smith set out to prove his words right. From Bartsch’s early years in her native Switzerland to her subsequent reign as a NYC legend, On Top positions its subject on the same pedestal as Warhol throughout and rightly so, for few have done as much for the queer art community as Bartsch. 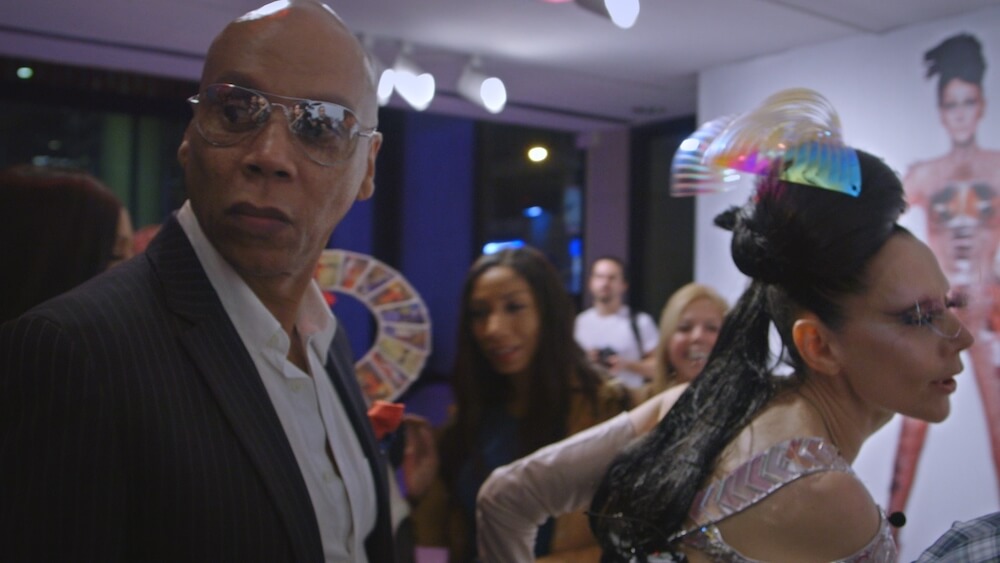 With the help of fashion historians and queer pioneers like Flawless Sabrina and Amanda Lepore, we learn how Bartsch brought London’s alternative fashion scene to America, reinvigorating the underground club scene with her outlandish parties in the process. Alongside the extravagant costumes and even more outrageous personalities that wear them, Susanne Bartsch: On Top also provides glimpses of the parties themselves, which at one point include spraying breasts and a man pulling a snake’s head out of his mouth.

These “full-scale theatrical events” play an important role in Bartsch’s story, featuring even in the most absurd yet glorious wedding you’ve ever seen, but the filmmakers never allow these parties to overshadow the woman who envisioned them in the first place. Ex-husband David Barton tells the filmmakers that “She does not walk into a room unnoticed,” and it’s precisely this charisma that makes Bartsch such an ideal candidate for a documentary like this in the first place.

Bartsch professes that she can’t act or sing or dance, but what she can do is express herself through those incomparable “looks.” Forging a scene that the likes of RuPaul and Lady Gaga would later bring to the mainstream, Bartsch turns heads with every look, transforming into something new and stunning to behold each time with her array of eccentric wigs and gorgeous garments. The legendary party planner implores that her work should “be viewed as art” and The Museum at FIT clearly agreed, mounting an exhibit to showcase her costumes back in 2015. 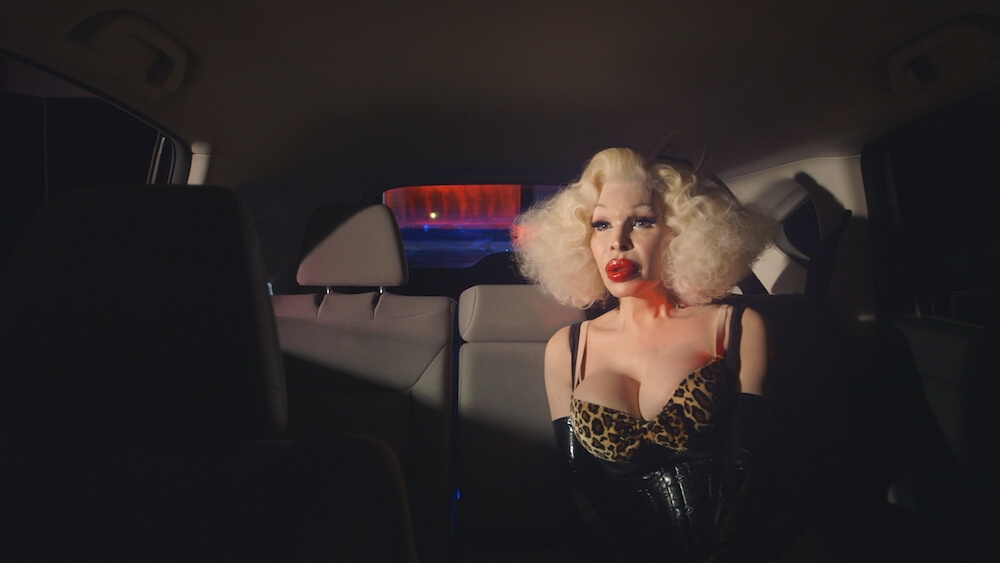 Caronna and Smith go behind the scenes of this tribute to Bartsch’s legacy, but before we see her performance art brought to life in a gallery, the pair first take us behind the ornate eyelashes and explore the smaller moments in her day-to-day routine as well. In these quieter scenes, Bartsch often barks at those working around her while she focuses her attention on every fine detail of her work, but she’s far more patient with the loved ones in her life, visibly softening whenever her son Bailey is in the picture.

Now attending college, Bailey reflects on his unusual childhood for the camera, discussing how his parents raised him in the Chelsea Hotel alongside the wider LGBTQ community that they’ve championed for so long. With remarkable insight into his mother’s character, Bailey notes quite frankly “that appearing as a normal person is a source of vulnerability for her. She doesn’t want to be normal, she wants to be more than that.”

Despite being a heterosexual woman, it was her desire to stand out and make a “statement” that catapulted Bartsch to the forefront of the ‘80s queer movement in NYC. Numerous nightlife fixtures from that time speak here, offering their own anecdotes that describe just how much each of Bartsch’s parties meant to them. By celebrating those who are ‘different,’ Bartsch provided many people with their own hideaway each night, empowering the LGBTQ community to find joy in what makes them special long before the media caught up and started doing the same. 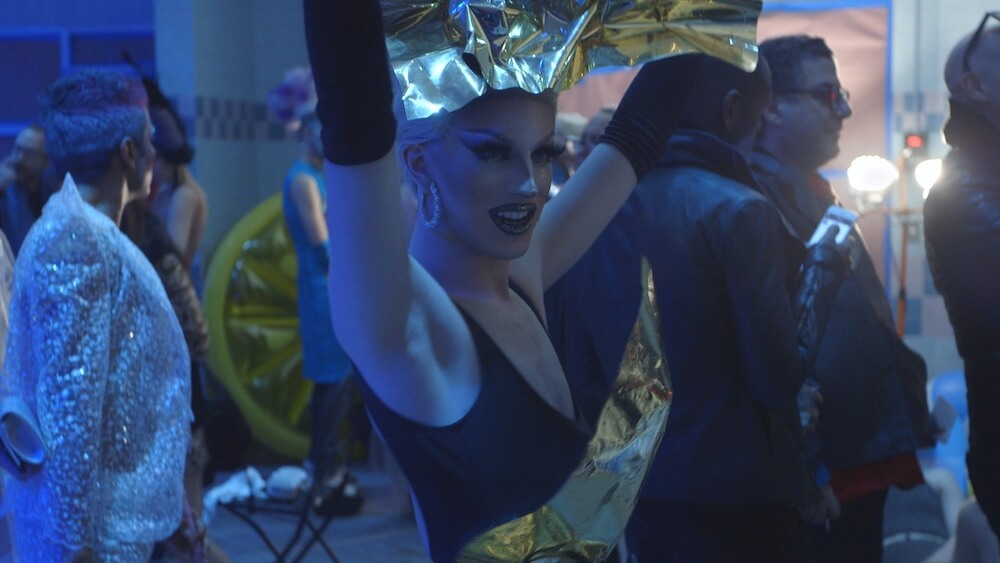 At times, these fragmented segues into the wider realms of queer culture threaten to detract from Bartsch herself, but the filmmakers commendably tie everything back together each time, revealing exactly how the story of their subject’s life and the LGBTQ community that surrounds her are inextricably bound together. Nowhere is this more clear than in the scenes which touch upon the AIDS epidemic of the 1980s and how this affected our subject on a personal level.

Through her tears, we learn of the many loved ones that Bartsch lost to the virus and these heart-wrenching moments are intercut with scenes that highlight the government’s apathetic response to the crisis. It was during these desperate times that Bartsch pushed the pain aside and decided to make a difference, helping in any way she could. The result was a celebrity-filled fundraiser held in 1989 called “Love Ball” that became a landmark event in NYC and forever cemented her status as a powerful ally of the LGBTQ community.

Celebrities such as Susan Sarandon and a much younger RuPaul all flocked to the fundraiser, which also helped introduce elements of Harlem ball culture to the mainstream, that have since been given the spotlight in Ryan Murphy’s TV show, Pose. Amongst all the footage, Caronna and Smith are also careful to briefly show Madonna attend the “Love Ball,” too, hinting at her subsequent appropriation of voguing just one year later without descending into vitriol.

Smart filmmaking choices like this are threaded throughout Susanne Bartsch: On Top, much like the intricate garments that the film’s subject incorporates into her work. Yes, Bartsch is a hugely charismatic figure, but that alone doesn’t make a great documentary. By extending this profile beyond Bartsch and into the wider community that she’s celebrated by, the filmmakers are able to explore not just her impact, but also wider themes of motherhood, acceptance and even the inevitability of aging. 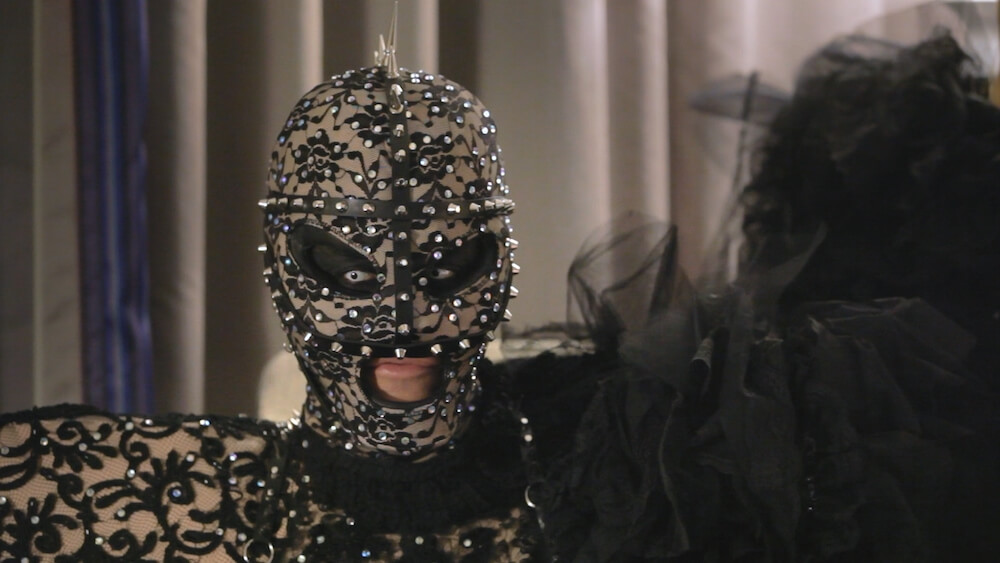 It’s like Bartsch said: “If it’s not a statement, what’s the point?” And here, Caronna and Smith avoid the pitfalls that many profiles fall prey to by making a powerful statement of their own, one that’s inspired by Bartsch’s fearless approach to life and her loving acceptance of those who once fell between the cracks in our society.