Last week, we reported that American Idol may very well have their first out queer winner. Well, not to be dramatic, but all hope is lost and nothing matters, because Jurnee was eliminated last night. 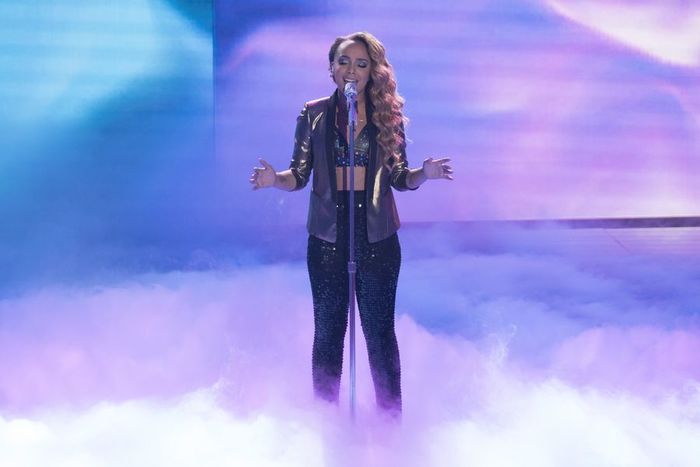 This season of the long-running show has been significantly more inclusive than it has in the past. Until recently, American Idol had two out queer contestants in the running: Ada Vox, the drag queen who made it into the Top 14, but was cut shortly after, and Jurnee, the queer woman of color from Denver, Colo. Unfortunately, Jurnee’sI’m so sorryjourney has come to a tragic end.

We met Jurnee when she auditioned for the judges with Andra Day’s “Rise Up.” The vocalist is known for two things: her flawless, unrelenting mastery of vocal runs, and her out and proud queerness. Since her very first audition, the singer has spoken openly about being a lesbian, detailing her path to realizing she was gay, struggling with bullying and self-acceptance, and finally, meeting the love of her life. At a young but precocious 18-years old, Jurnee is married womanshe tied the knot with her wife, a soldier in the army who recently deployed, and is visibly head over heels.

Jurnee is the first out queer woman to make it to the Top 7 on American Idol, and one of the only female contestants to compete while out, joined only by M.K. Nobilette of Season 13. The visibility she brought to the show as a queer woman of color was monumental, and the way she spoke brazenly about her relationship and queerness was something we’ve never seen before on the 16 seasons of this singing competition.

On Sunday night, the Top 7 were challenged with singing a Prince song and a hit song from their birth year. Jurnee shone bright as she performed Prince’s “Kiss” for her first song. Besides the nonchalant ease in vocal delivery that’s become her custom, the singer chose not to change the pronouns of the songwhich seems like an obvious choice, as a lesbian womanbut for a show that has historically strayed away from unrestrained queerness, it was a noticeably bold move. Singing “You don’t have to be rich to be my girl,” Jurnee reminded us why we fell in love with her in the first place.

For her second song, she tackled power-ballad “Back At One” by Brian McKnightand kept her lady-loving pronouns in tact all the same. She’s more than ready to join the ranks of lesbian pop stardom, alongside “Lesbian Jesus” Hayley Kiyoko.

“We’re not really allowed to pick favorites, but I saw something in Jurnee,” declared this week’s mentor Nick Jonas.

Unfortunately, I knew Jurnee’s time was limited when she was nearly voted off two weeks agobut saved by judge Katy Perry. “Never have I ever seen a more qualified woman for the job and still not get the job,” Perry quipped before the hail mary save.

That was the first week America was tasked with voting for their favorites, rather than the judges. So, the people had spoken, and it was only a matter of time for Lesbian Idol Jesus. Despite Ada Vox also being saved by the judges, she was voted off last weekwhich sadly meant Jurnee was on the chopping block.

In a heartbreaking and close vote, she and Catie Turner were voted off Sunday night.I doubt this is the end for this pop vocalist, who clearly has a natural gift, a marketable persona, and a loveable story. She, along with the rest of the Top 7Caleb Hutchinson, Catie Turner, Michael J. Woodard, Gabby Barrett, Cade Foehner, and Maddie Poppewill tour this summer as the Top 7. But after that, I hope Jurnee finds longevity in a pop music career. I would literally die to see a Jurnee and Kehlani collab.