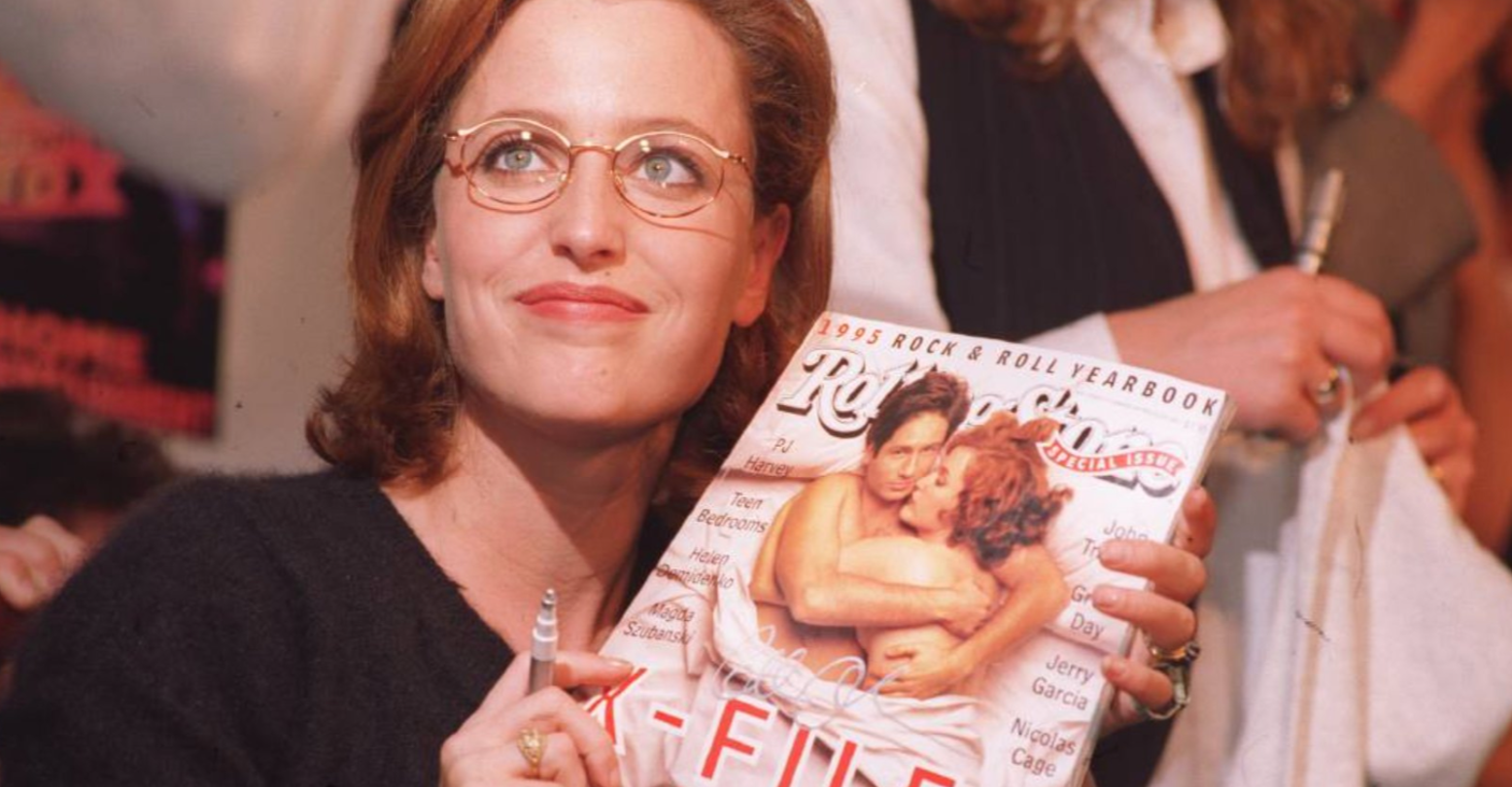 Do you remember how publicity used to work? Like, before social media made it obsolete? And long before Beyoncé just started dropping albums with zero warning?

I do—sort of. In the past, celebrities would literally have to be trotted out at press conferences, dragged to awards shows, and sometimes paraded around large shopping centers in Brisbane, Australia.

This morning, scrolling Twitter, I was reminded of just such an occasion I saw gay writer and podcaster Peter Taggart’s recent post.

Apparently Gillian Anderson did a tour of Australian shopping centres to promote The X-Files in 1996 and people lost their minds? pic.twitter.com/HiMEJu0tyi

Boy did it bring back memories: memories of when people used to show up to the mall at a specific time—say, exactly 12am in the morning—to geek out over extremely specific stuff, like “Harry Potter” or Lord of the Rings. Or “The X-Files,” as it turns out.

According to Taggart (and many others in the thread,) the practice of dragging celebrities to shopping malls so fans could lose their mind in person was pretty much de rigueur. I mean, it’s not like the Internet was in full swing yet. To put it in context: “Imagine if we made Zendaya go to Clifford Gardens in Toowoomba to promote Euphoria,” Taggart tweeted. “Not the worst idea.”

Unsurprisingly, more than a few people had memories of when Scullymania took over the shopping centers of Australia.

A friend was there and took these photos and mailed them to me to scan to put online. As was the style of the time. 25 years ago pic.twitter.com/RkE2IwtDVZ

“I took the day off school for this…,” he wrote. “I remember thinking I’d be first in line and meet her if I got there an hour beforehand. Nick you dumb little bitch.”

Soon enough, we were all remembering the fond, faraway times when we used to see celebrities at malls all the time. But the photos raise far more questions than they give answers. For instance, why did someone throw their underwear onstage like it was a Bruce Springsteen concert? Also, what was that Rolling Stone “teen bedrooms” feature about?

Still got my copy. Pity it’s not signed 😕 pic.twitter.com/NthLUL3lLG

About to drop the most fire mixtape pic.twitter.com/0DZIDHsDrC

The Truth is Out There. Somewhere.