With Avengers: Infinity War coming out, everyone is theorizing about the potential deaths of Captain America and Iron Man. While that’s all fine and good, no one seems to be asking the important question: where’s all the gay smooching?

Played by the beautiful and talented Tessa Thompson in, Valkyrie was a fan favorite character the second she stepped into frame in Thor: Ragnarok. The character is canonically bisexual in the comic, but unfortunately, this wasn’t shown in the movie. But we got close!

In fact, Tessa Thompson, the queen herself, requested that Valkyrie be given a scene to confirm her character’s bisexuality. The director, Taika Waititi, reportedly agreed and kept the scene in the film for a while before it was cut. While they gave a vague reason for this edit, it’s very possible that Disney just stepped in and shut down the whole bisexual operation. Either way, if we got this close once before, I have faith that Thompson will keep trying, bless her heart.

During this series, a young Jean Grey outs young Iceman when she accidentally reads his mind. After an awkward interaction, the two confront the adult Iceman, who confirms his sexuality. He has a touching moment where he explains that since he was already a mutant, he never wanted to admit his sexuality to himself because who wants to be both?

Despite what you might think, Iceman has yet to appear in the Marvel Cinematic Universe. Until recently, the movie rights to X-men were not owned by Marvel, so all of the other X-men movies take place in a completely separate context. Now that Marvel owns X-men again, we shall see what version of Iceman they go with. 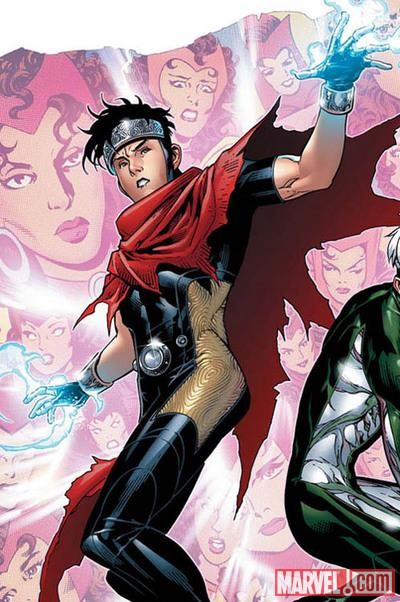 Wiccan is my favorite gay superhero. He has a cute boyfriend, the best superpowers, is the son of one of the most powerful women in the Marvel Universe, Scarlet Witch, and is part of the gayest Marvel comic series to date, Young Avengers. The series focuses on a team of young heroes who are basically all queer, and it’s pretty great.

It’s unclear if Marvel would ever be interested in a younger team for the film, but if they do, Wiccan would probably make the cut. 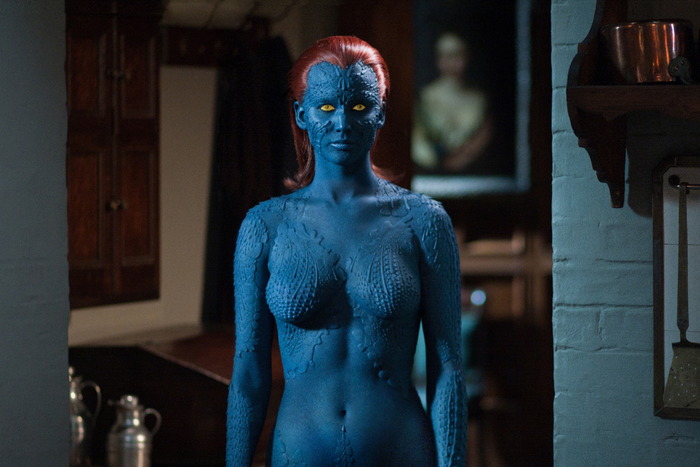 Mystique’s queer history is pretty fascinating. As you might know, or maybe could guess from their shared blue skin, Mystique is Nightcrawler’s mother. However, in the original conception of this idea, Mystique was going to transform into a body with a penis and impregnate her female partner. That would have been radical, to say the least.

At the time, however, gay/lesbian relationships were prohibited by the Comics Code Authority. If Mystique were to be canonically queer in the Marvel Cinematic Universe, that would pay a nice homage to her complicated history.

There are a couple other notable characters who have had big places in Marvel’s history, namely Rictor and Northstar. Rictor had the first same-sex kiss in a Marvel Comics publication, while Northstar was the first character to come out and have a same-sex wedding depicted in a comic.

There is a notable lack of trans or gender non-conforming characters in Marvel Comics, and in mainstream comics in general. When they’re creating a universe as absurd as Marvel’s, you’d think they could come up with more unique ways to explore gender.

Loki’s upcoming series, for example, is implied to explore the character’s pansexual and genderfluid identity. Since Marvel is owned by Disney, it’s unclear how explicit any queer stuff would be anyway. But hey, with Tessa Thompson on our side, anything is possible.