When actress-writer-activist-comedian Gaby Dunn decided to enter the podcasting world in 2016, she was determined to leave her comfort zone. Dunn’s YouTube channel, Just Between Us, had over 750K subscribers who were used to her sex-positive, bisexual, feminist content, but Dunn didn’t want her podcast to just be the audio version of that same material. She wanted to talk about something that she saw as a pervasive taboo topic in her life, and in society: Money and finances.

Dunn said her Bad With Money podcast–which is built around the premise of it being okay to freak out about finances and it being okay to ask questions that might seem simple or silly–isn’t totally off brand: She may be talking about a topic that seems totally out of left field, but she said she’s still doing it through a queer, feminist, unabashedly radical point of view.

We talked to Dunn about her inspiration for the podcast, how she’s using it to push herself to better understand finances in her own life, and how it’s evolved into a program that explores discrimination and inequality in our countries economic system, as well. 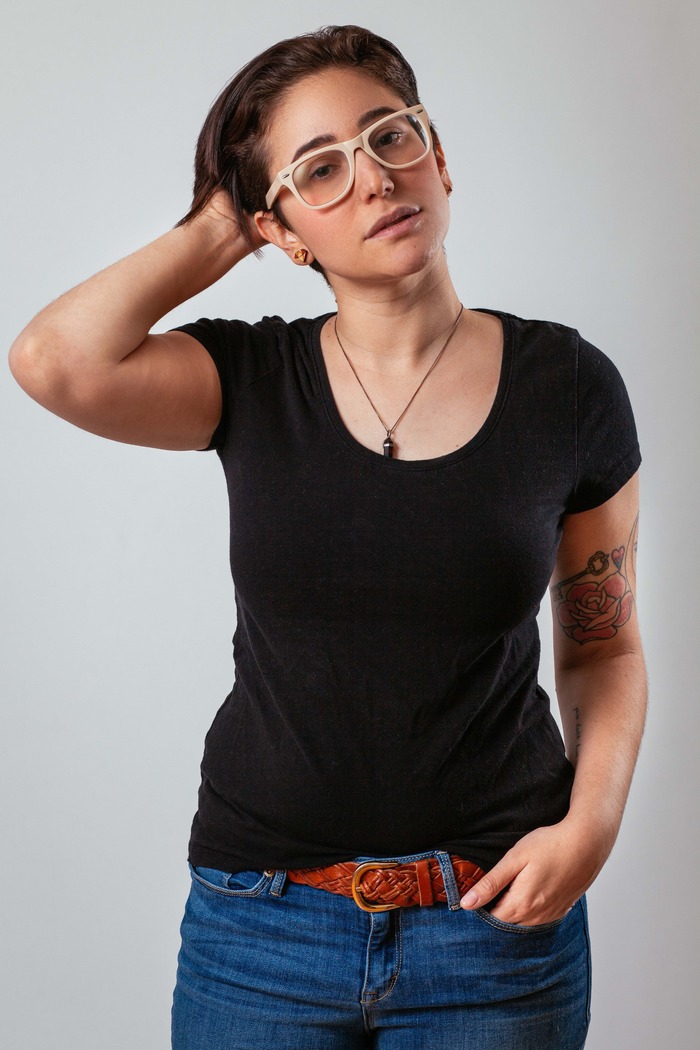 Seamus Kirst: Can you describe your podcast, Bad with Money, for people who haven’t yet listened?

Gaby Dunn: Bad With Money is a personal finance podcast by a person who does not know anything about the subject. It’s about social justice issues, as well.

Season 1 started with me having no financial knowledge and very bad finances. I come from a family background of no money, and then I just never learned anything about it. I had never looked at my finances, and only when things were dire did I take any interest in it.

Throughout the first season, I talk to other people in my life, including my friends, the person I was dating at the time, my parents, and my sister, about all the things that I had essentially felt too ashamed to ask about both money and finances. So, Season 1 was about getting rid of the personal stigma of talking about money.

Then, Season 2 became more social justice-based. As I started talking to people about money and being a queer person, I quickly realized that financial issues affect different marginalized people in different ways. This aspect of money and finance is particularly not talked about. I call Season 1 “Finances and Feelings,” and Season 2 is like “Throw a Brick Through a Bank of America Window.”

Now, we’ve started Season 3, which is much more research-based and political. It’s really my take on what we need to be doing better, though it’s still sort of me fumbling about asking what could be “easy questions.”

What prompted the creation of Bad With Money?

I have this online persona of someone who is very interested in being open about sex and sexuality, and so when I was thinking of doing a podcast the obvious thing that was pitched to me was a show about sexuality and sex.

I was like, “To be honest, I really feel like I’ve talked about that a lot, and I do have this big secret, which is that I feel like I cry about money all the time.” People were like “Oh. That’s like weird, that’s something nobody talks about.”

Living in LA, it took awhile for me to realize that friends of mine were able to do things that I wasn’t able to do because their families had money. I would think that maybe I wasn’t working hard enough, or maybe they’re making more money because they’re better than me. Then, slowly, over a period of time, I was like, “Wait a minute, they don’t pay rent!” It took me a while to get to that point, but once I was there, I was like, “Let’s take that wound and cut it wide open and show everyone. Let’s call the bank and call my student provider and talk to them on air.”

All of these things I can’t listen back to now because it’s so embarrassing, but I hope it helps somebody.

That’s so true. I have so many student loans from college, and it’s really something I don’t talk about with friends. When I do, it becomes very class divided, and I’d probably only really talk about the student loans with someone else who I know also has them. Where talking about sex, or mental health issues for me, is easy, but money is still so taboo. Why do you think that is?

Well, I think it’s a bummer. People don’t want to not hang out with their friends. But I have one friend, and if you ask her if she wants to get coffee, she’ll go, “I’m trying to save money right now do you want to just come over?” I’d never really heard someone else say that to me until her. 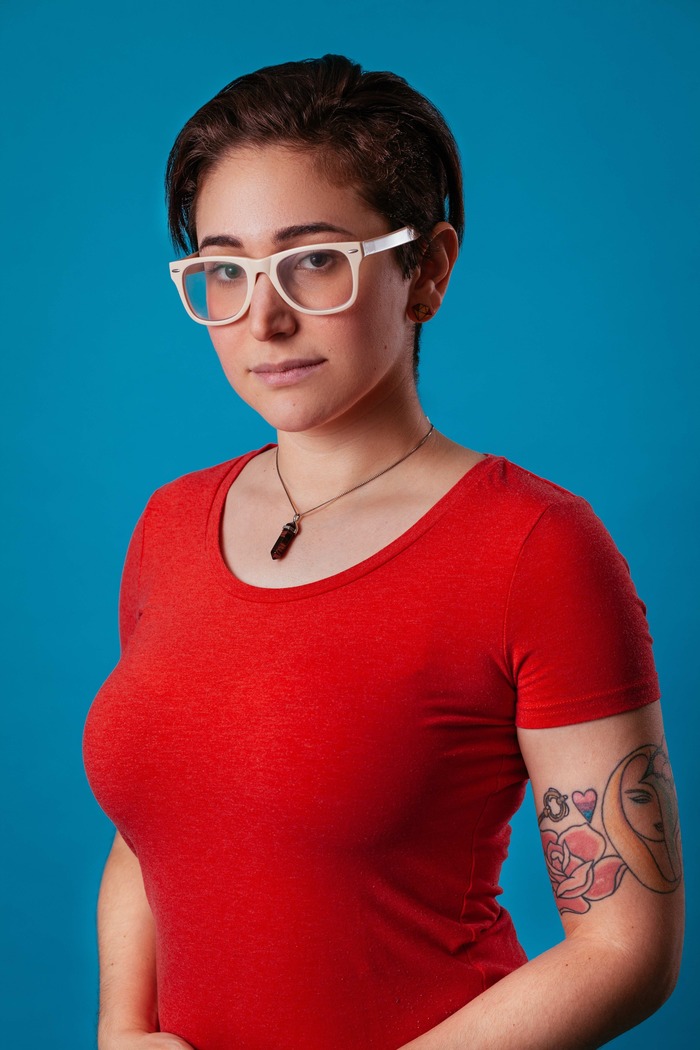 And a lot of times when people do that they’re called cheap, or people act like they’re being dramatic.

Yeah, or someone will be like “Well, just come out anyway and I’ll pay for it.” And you’re like, “Well, now I feel like a piece of shit.” Though that’s very nice of them to offer.

At least among people in our urban areas of places like LA and New York, and in our age range, etc., talking about money is still much more taboo. People are like, “Don’t slut shame! Don’t be homophobic,” and saying those types of things in our communities are much more common knowledge, and much more discussed.

Yeah, and I guess classism, and especially implicit classism is pretty widely accepted and practiced.

How did your experience with being an open and proud queer online presence help shape your approach to talking about money? How did it help you get over the fear of talking about this topic you didn’t want to talk about to so many people?

It became apparent very quickly that there are no queer money podcasts, other than one podcast that is literally called Queer Money. I’ve interviewed those guys for my show, and for my upcoming book, and they’re great. But, there wasn’t a queer female version of that.

I think a lot of money stuff is focused on people who already have a certain amount of wealth, or it’s marketed to white, cis, straight, able-bodied men. So, I wanted to create a podcast where there wasn’t like the whole thing where it’s like, “Your husband will save this,” because that doesn’t resonate with a lot of people.

For instance, my girlfriend and I are both cisgender women. A lot of stuff doesn’t really apply to us in traditional financial media. We have two female incomes, and we can’t naturally give birth to a child if we decide we want to have a child, though science is working on it. It’s so far in the future, but you find yourself googling IVF and putting your head on the table. Stuff is different for every group, and I just wanted to make sure to not have a show that’s just money stuff for one type of person.

Right. When people give blanket financial advice without a nuanced approach they’re ignoring that’s its harder for people of color, or queer people, or especially queer people of color to get jobs, and then even when they do get jobs there is wage disparity, and promotion bias, etc.

Yes! And there are things like trans-people deciding to be out at work or not. I talked to the Queer Money guys about making the decision to put a photo out of your partner on your desk, and maybe it’s illegal to fire you, but many people are still afraid of how it will affect how they’re treated at work.

I also talked to a woman, Natalie Miller, who is one of the first and only out trans financial advisors. That shows how hard it can be to find voices in financial media who can relate to your experience.

What’s the ultimate message you’re hoping to get across with Bad With Money?

Basically, I can sum up everything I’m saying right now with this: There’s this idea that you’re able to do whatever you want to do in America because if you don’t have what you need you’re not working hard enough.