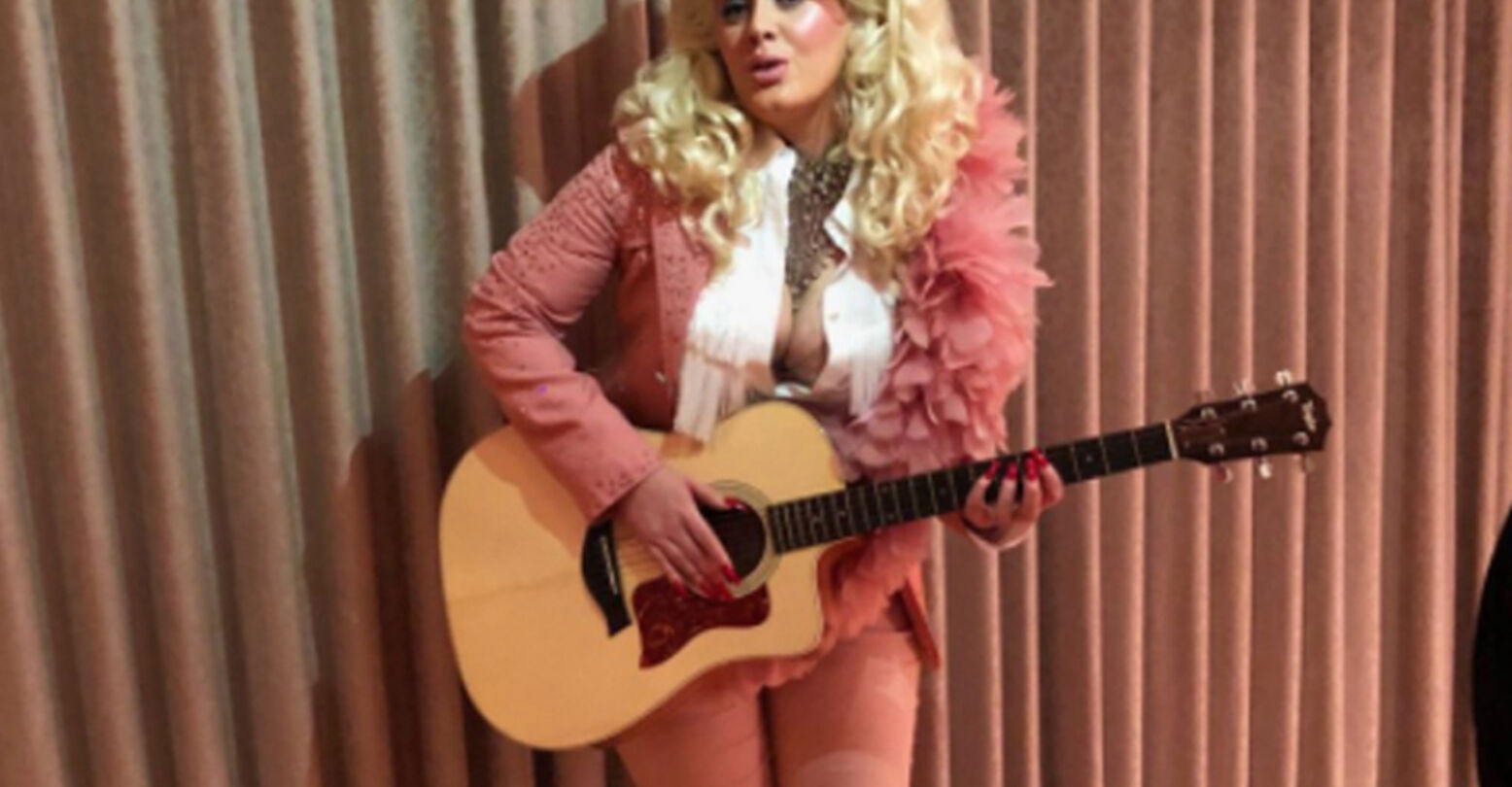 Trixie Mattel may be onto something with the whole queens of country drag look. Not only did Lady Gaga make country glam again with her entire Joanne transformation, but Reba recently did Colonel Sanders drag for the new KFC promo, which we were actually kind of living for. And now British music sensation Adele takes on the music genre for a look of her own.

“The effortless queen of song, Dolly Parton! We love you! We wish We could possess an ounce of your ability. You were the hero of our night! A hero of my life. I’ll always love you x.”

The effortless queen of song, Dolly Parton! We love you! We wish We could possess an ounce of your ability. You were the hero of our night! A hero of my life. I’ll always love you x

I mean, who can blame her? Although most gay millennials told their mothers they wanted to be the blue Power Ranger for Halloween, they were secretly aching to go in Dolly’s big blonde hair. She’s the godmother of Miley Cyrus, the undeniable star of Steel Magnolias and 9 to 5, and the writer/original performer of “I Will Always Love You.”

Is @DollyParton the Queen of America? She seems to be the only artist who is almost universally beloved and she rises above politics. She can bring our nation together.

And it turns out she’s also an Adele fan.

“Everyone loves Adele,” Parton told BBC News in 2016. “With all my little nieces, it’s all ‘Adele this’ and ‘Adele that!’ And I love how she does her makeup, and so I’m always saying to my little nieces, ‘Can you fix my eyes like Adele?’ When I started that [‘Head Over High Heels’] song, I had not planned to write that line. I was just thinking, ‘This needs to be about a girl dressing up sexy, so she’s got to have some makeup, and she’s got to paint her eyes.’ And all of a sudden, it’s like, ‘And my eyes like Adele!’”

She even commented on the photo herself.

That settles it. Dolly Parton and Adele need to do a duet ASAP.