In 1996, Geoff Story bought two 8mm film reels at an estate sale in St. Louis. Titled “A Gay Party,” the films offer a rare glimpse into LGBT history: a gathering near St. Louis, in 1945, where dozens of gay men dance, kiss, revel, and strut around in drag.

Now digitized, the films are the basis of an in-progress documentary called Gay Home Movie. INTO spoke with Story, the documentary’s director, and Beth Prusaczyk, its lead researcher, about the project.

Answers have been edited for clarity and brevity.

Ryan Schuessler: Geoff, why don’t we start with the story of how you came across this footage. Where did you find it?

Geoff Story: So in my 20s, my entertainment on Saturday or Sunday was to attend local estate sales, or auctions, or yard sales. And I grew up with that. My family were collectors. They might call them “hoarders” now.

But one day I went to this estate sale, in April 1996. It was in a mansion on Lindell Boulevard, which is across from Forest Park in St. Louis. I ended up in the attic, and there were a few boxes, one of them contained a few packets of slides, and then I found two reels in canisters of old 8mm home movie film.

So I held one reel up to the light, and the title slide said “A Gay Party.” I took the films to my parents’ house in Bellville, which is a small town across the Mississippi River, because they had an old movie projector. And I put the film in, and the first thing that I saw was a man in full drag with curls, walking towards the camera, and I ran to turn the projector offI wasn’t out to my parents then.

So I don’t know what I was thinking to do this with my dad there, and it was a little awkward. I borrowed the projector and proceeded to watch all 25 minutes, between the two films. 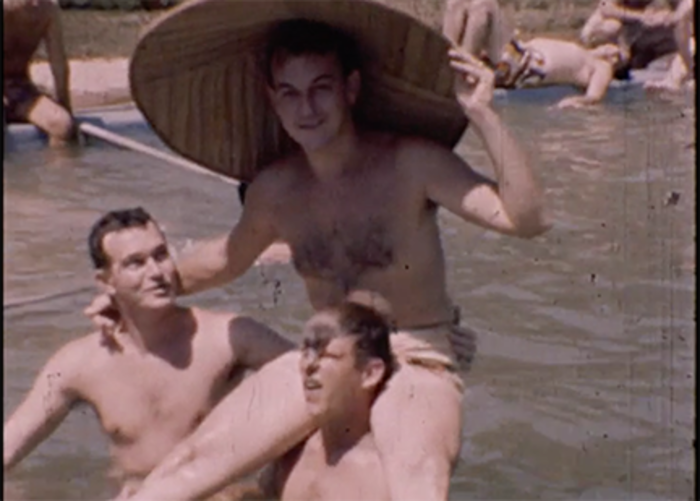 RS: What sort of thoughts and emotions went through your head when you first watched this footage all the way through? How did you react?

GS: My first thought was that I couldn’t believe this was happening in St. Louis that long ago. And of course gay people have always been around, but the fact that men were getting together this openly, and that there was a camera there, and that people were in full dragit just looked like people I know now.

It’s very poignant to look back into the past like that, and see all these men who probably still living at that time when I first watched it. It was really special, and I’m glad that I had saved it.

Beth Prusaczyk: I still get goosebumps when I watch it, and I’ve seen it probably a hundred times by now. My first thoughts were that there’s a real bittersweetness to it. It’s such a lovely movie, and you can tell the genuine happiness and freedom that these men feel, and the emotions that they’re expressing.

But it was so sad to me when I first watched it, and I still think this, because I knew so many of those men had to leave that party and go back to lives that they were not probably happy with. A lot of the men have wedding rings on. 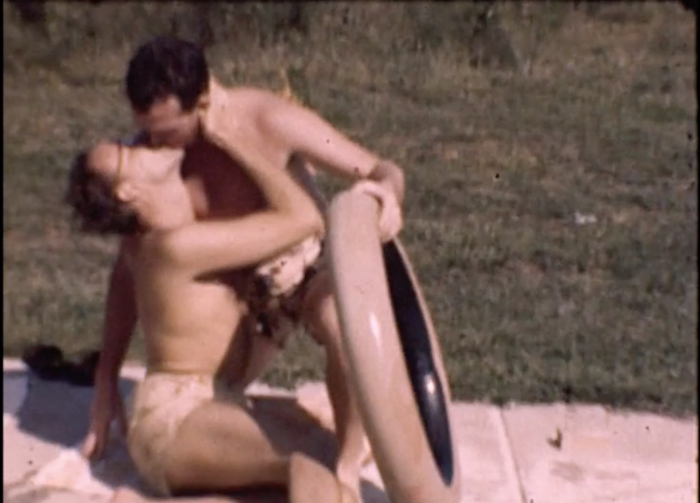 RS: More recently, you two have started trying to identify and find the men in this film for the documentary. Beth, can you tell me a bit about what you’ve found out so far?

So right within two days we had the names of the two men who were the owners of the home movie. I think that also naively made us think that this was going to be easy. And then we had a real dry streak. We haven’t found anybody alive yet.

Having the names of Sam and Buddy, that certainly helped, because we were able to talk to their families and find out that Sam had a brotherhe’s one of 12that was also gay.

So Geoff was also able to go to the high school where Sam went to, look up the yearbook pictures of his younger brother, find that picture and say, ‘okay, he’s also in the film.’ Just through the boots-on-the-ground efforts between Geoff and I, and the power of the Internet, we were able to piece together the names and lives of five of the men who appear in the home movie.

But there’s probably, over the course of 22 minutes, I would say 50 or more different men in the home movie. And we know there are so many others out there. 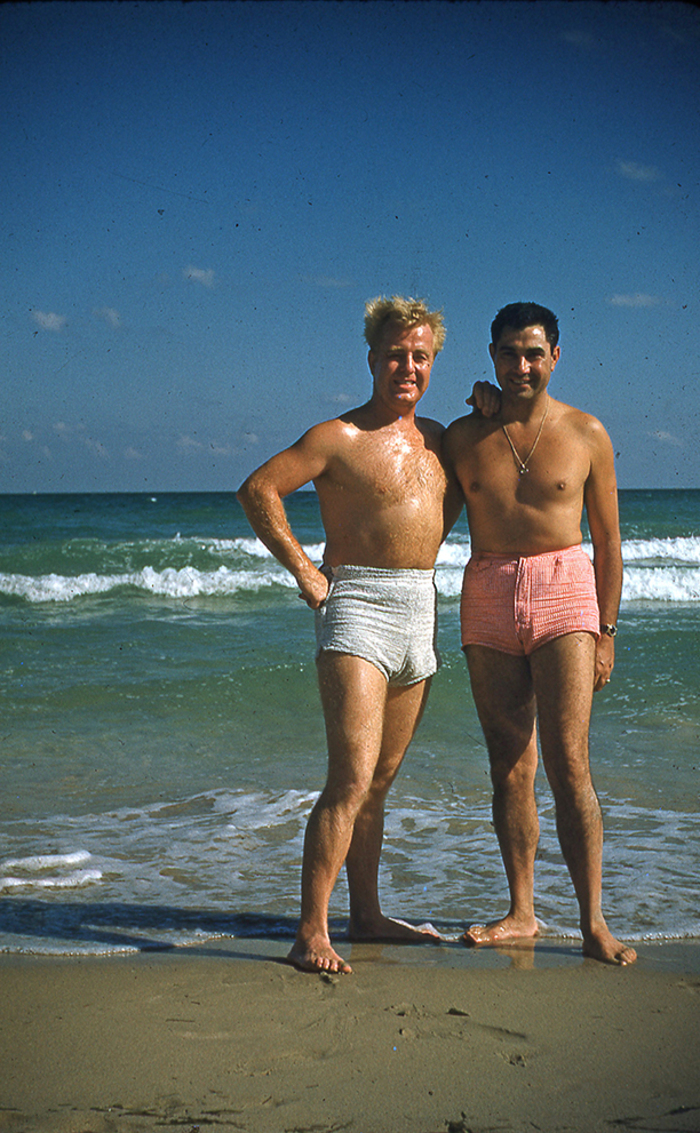 RS: So, you’ve been in touch with these familiesdid they know these men were gay?

BP: All the families we’ve contacted so far knew, which is great. We don’t want to ruin any lives or tell anybody that grandpa was actually gay, or that there’s a home movie of him kissing men out there. There’s just a complete acceptance on the families’ part.

And of course it’s back from the 40s and 50s, so it’s not like they were hanging pride flags off their front porches, but they certainly were accepting of their family members and are open to use putting their names out there in this film.

Besides Buddy Walton and Sam and Charlie Micatto, we found another couple: Harry Smith and Russ Grenzebach. And we’ve talked with Harry’s family, and we haven’t found any living relatives of Russ yet. It’s just been really interesting to see how open these families were to this process.

We joked when we found out where the pool is locatedit was in Hillsboro, Missouri, which is a rural area south of St. Louiswe joked it would be a little nerve wracking to be gay in Hillsboro today. So gay in Hillsboro in the 40s just would have been taking a huge risk.

And we just didn’t know if there was going to be a lot of people willing to step forward, but Geoff and I have both been surprised with how open people have been.

RS: From what I’ve seen of this footage, it appears that most of the men are white. Has race been a part of the discussions surrounding this film?

GS: St. Louis, probaby like any city in the country, was racially segregated. And we’ve talked to a lot of people in the gay community, and things were racially segregated. In the film, there are several African American men, but they appear to be wearing white service uniforms. They had a buffet laid out, flowers, and you see the men kind of attending to it. And at first I pulled some of those clips out because, quite frankly, I felt a little bit embarrassed by it.

But then I realized you can’t change history, good or bad. I’m not here to judge these men, I’m here to show what life was like based on these movies at this point in time. There’s some discussion of privilege and class, and questions about how wealthy were these men, I actually think there probably was quite a range of income.

I don’t think it was a lot of wealthy men. Sam and Buddy were very young in their careers and may have not built their wealth yet. Racially, it is really hard to speak to. We just know that 99, if not 100 percent of the African American men in the movie were not there as guests, which is disappointing. 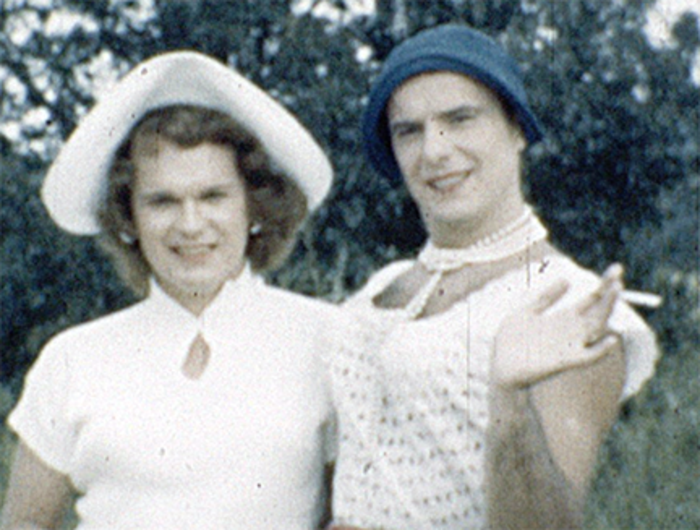 RS: Geoff, what vision do you have for this documentary? What do you want people to think about when they see it?

GS: I think our history is being thrown away in shoeboxes. We talked to Susie Seagraves, the niece of Buddy Walton, and she told us she just threw away a closet full of photographs documenting their lives. And she felt very guilty about it, now that she’s been part of this process. But I think she was concerned it would get into the wrong hands. And I think it’s important that we don’t throw away our history.

We salvage what is left. I’m very fortunate I found those films and thought enough to buy them. I think they would’ve ended up in the trash if I hadn’t bought them for $3. I also really love St. Louis, and I think it’s really interesting to show the rest of the country and world that gay life wasn’t just happening on the coasts.

We’ve seen films emerge from Fire Island, and in San Francisco, but no one has ever really seen anything come out of the Bible Belt or Midwestern states. It’s important to get these films out and have people see them, and see that these people were living lives, and they were being themselves, and this subculture really did happen here. 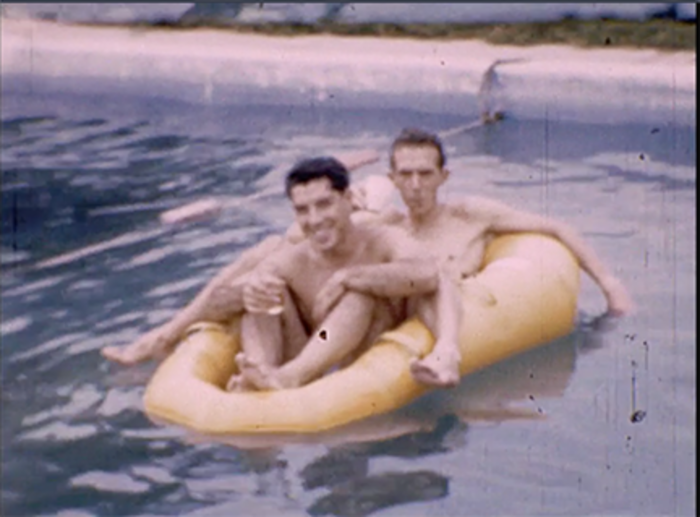 RS: When do you expect Gay Home Movie to be released?

BP: We’ve had to resign ourselves to the idea that this story is going to reveal itself to us as we go through this process. We don’t know if the next email or the next phone call we get is going to be someone saying, “I have my 95-year-old uncle here, and it turns out he’s in the home movie.”

There might be someone sitting in a nursing home right now who doesn’t know we’re looking for them. Or, we might find that we don’t identify anybody else, but we talk to other men who weren’t in that movie but can tell us what life was like back then. It’s hard for us to know when we will be finished because we don’t want to end before we feel we’ve given all the possible opportunities for people to come forward to us.

So we’re still trying to get the word out. We know this process would be easier if we could just put the pictures of all the men in the home movie out on the Internet and say, “help us find these men,” but we would never do that because we don’t want to out anybody. So we are asking people to reach out to us.

GS: We’ve interviewed about 10 people to date, and the idea is that we’re weaving the stories of people who knew Sam and Buddy, and potentially other people, into the film, and still we’re searching.

We’re still hoping that someone will hear this or see this and be the missing link to find more people that were there to tell their posthumous stories, or find that one living person who can attest to what life was like that day, who can describe that day first hand.

Time wise, it’s hard to say. We’re working on putting together an extended trailer, which is the first step in this process to get funding. I would say, once we get funding, a year or two.

And I think that’s optimistic.