2017’s most celebrated coming out belonged to the Babadook, the fictitious titular monster at the center of the 2014 Australian horror film. Though Baba came out as part of the LGBTQ community, most conversations about the creature rendered them as almost exclusively male, and almost exclusively as a gay man.

Subsequent iterations of the Babadook have been increasingly heteronormative, and after a short coming out stint, Babadook joined the ranks of other gay white men like Tom Daley, Colton Haynes, and Kyle XY’s Matt Dallas and promptly got engaged and married to IT villain Pennywise, the dancing clown.

From the Babadook to Pennywise to the characters in Call Me By Your Name, there was an abundance of LGBTQ characters that queer men glommed onto this year. But in opening conversations about characters’ sexualities, gay men too often narrow the scope of their readings exclusively to gay male-ness, a lens that further marginalizes other people in the greater community.

For instance, even though the movie does reference the Babadook as “Mr.” Babadook, the use of the “mister” signifier doesn’t really mean anything about gender, especially if we’re talking about queer womanhood. If we can accept that a cisgender man plays the character of Miss Fame on RuPaul’s Drag Race, then we can accept that the Babadook need not be male. In fact, the closest real-world model we have for Babadook’s costume may be Diane Keaton, who never met a suit and hat she didn’t love. 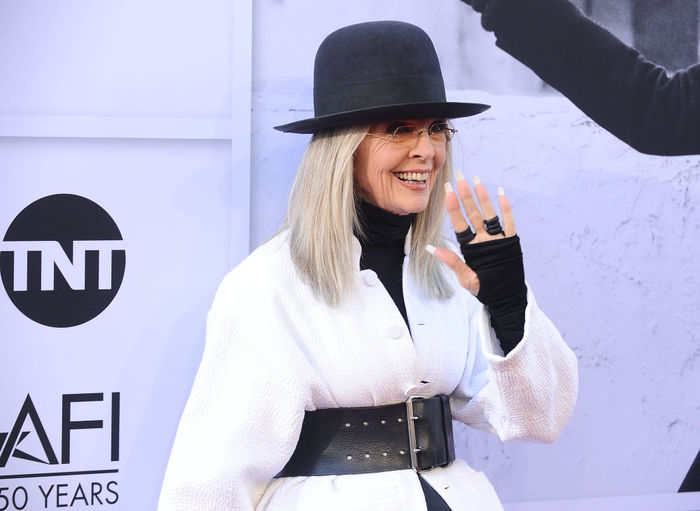 The same goes for IT. While Pennywise was played by Tim Curry in the original film, and is often referenced as male in the original book, the clown’s actual gender is more of a mystery given that it’s a manifestation of a female spider demon. The 2017 film came close to playing with its central villain’s gender when producers considered Tilda Swinton for the titular clown.

That even fictitious characters like Babadook and Pennywisewho play with the concepts of high femme and soft butch, drama and opulencewould end up in a gay, male, monogamous marriage is the most heteronormative reading possible of the monster couple. Given that neither has a definitive gender, it could be possible to read them as a lesbian couple. Or, given that Pennywise is often depicted as a male manifestation of a female spider demon, could Pennywise be under the transgender umbrella? Are they nonbinary, demigender, or agender-identified? And does that make their coupling more than just two male-identified people?

The same goes when discussing characters that are less spooky and more realistic. A few people have tackled the bisexual erasure surrounding the film Call Me By Your Name, but why is it so easy to erase the film’s depicted bisexuality? Obviously, there are no easy answers. Elio (Timothée Chalamet) has sex with both men and women in the film, which is bisexual behavior, though that doesn’t always mean bisexual identity.

Despite some people claiming “gold star” gay status, gay-identified men can sometimes have sex with women. And the film does say that Oliver (Armie Hammer) ends up married to a woman, which remains ambiguous as to whether it’s a sham marriage or if Oliver is actually attracted to women. But if we can make room to read the relationship as gay, then we should equally be able to read it as a relationship between two bisexual men. 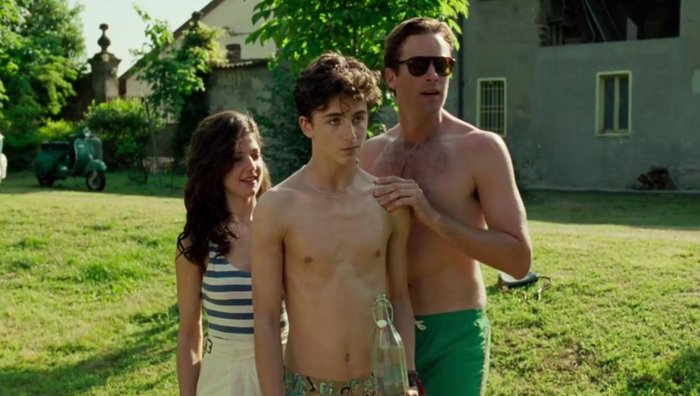 What complicates the issue with Call Me By Your Name is that so many gay men, who often dominate conversations in LGBTQ commuities because of privilege, have labelled it a gay film. That identification stems from the fact that so many gay-identified men see themselves in the film. But, it is possible to see ourselves reflected in an experience without labeling that experience as “two gay men falling in love.”

When viewing queer-themed art, it is near impossible not to see it through our own gay lens. But, when discussing it publicly, there are ways to discuss these phenomena that include others in the LGBTQ spectrum, rather than cut them off.