Russia claims that LGBTQ soccer fans will be allowed to wave rainbow flags at the 2018 World Cup after warnings that same-sex hand-holding could elicit violence.

Alexei Smertin, a Russian ambassador for the World Cup, responded to inquiries about whether queer people could display the Pride banner at next year’s games, which are set to be held in Moscow from June 14 to July 15. Russia passed a law four years ago banning “gay propaganda,” one that has been used to crack down on virtually any forms of solidarity with the LGBTQ community.

An HIV/AIDS activist was fined $870 in September for posting news articles about queer topics on Facebook.

But Smertin claims the legislation will not affect the games.

“There will definitely be no ban on wearing rainbow symbols in Russia,” he told The Guardian. “It’s clear you can come here and not be fined for expressing feelings. The law is about propaganda to minors. I can’t imagine that anyone is going to go into a school and propagate that way to children.”

FARE, the anti-discrimination organization which recently warned about gay PDA during the 2018 games, applauded his remarks.

“He’s giving some reassurances and that’s all that people want,” said Piara Powar, executive director of the group formerly known as Football Against Racism in Europe. “People want to know that they can come here safely, that they will be protected, that they are wanted.” 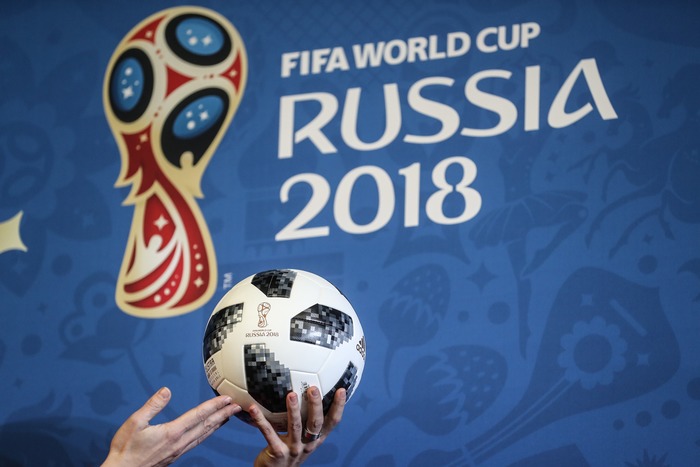 INTO reported on Wednesday that FARE would be distributing pamphlets urging “caution” for LGBTQ people traveling to Russia next year.

“The guide will advise gay people to be cautious in any place which is not seen to be welcoming to the LGBTQ community,” Powar said in a previous interview. “If you have gay fans walking down the street holding hands, will they face danger in doing so? That depends on which city they are in and the time of day.”

Queer soccer fans have reason to be concerned about their safety in a country with an extremely poor record of LGBTQ rights.

Since the propaganda law was passed in 2013, the number of hate crimes against queer and trans people have doubled. Russia attempted to block protections that would prevent discrimination against the LGBTQ community at next year’s Winter Olympics in South Korea, joined by Egypt in that effort. The attempt was not successful.

When Russia hosted the Winter Olympics in Sochi three years ago, President Vladimir Putin claimed that LGBTQ people would not face discrimination, so long as they “leave the children in peace.”