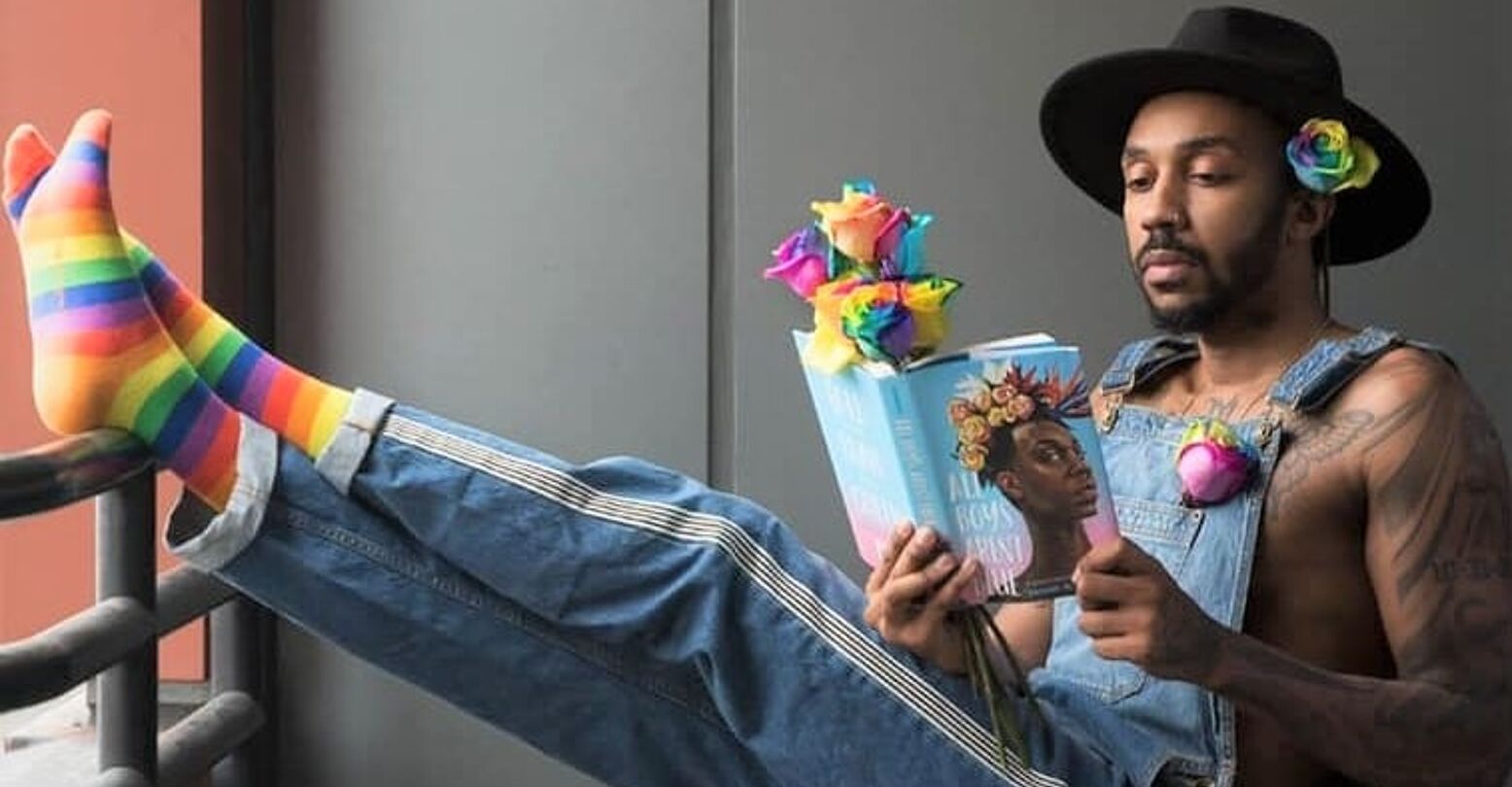 As James Baldwin once said, “Not everything that is faced can be changed, but nothing can be changed until it is faced.” In George M. Johnson’s All Boys Aren’t Blue, just about every issue a Black queer person will face is on the table with the hope of preparing the next generation to fight for equity, inspiring them to heal from their trauma, and assuring them their queerness is not a flaw.

Released one year ago, Johnson’s manifesto-memoir unapologetically reflects on their childhood growing up in New Jersey and the violent racism and sexual abuse they experienced, coming into their sexuality and their first sexual encounters, and finding unexpected brotherhood in a fraternity at an HBCU in Virginia as a young adult. Through brutally honest essays, Johnson explores the complex nature of being Black and queer in an almost textbook-like manner that teaches, but they also tell the love of a supportive family, by birth and chosen, that inspires.

The critically-acclaimed bestseller, which is being translated into Spanish, French, and Portuguese, has already earned a following with notable supporters including Zendaya and Gabrielle Union singing its praises.

In fact, Union’s I’ll Have Another Productions has optioned television rights to develop the book as a series with Sony Pictures TV.

In summary, Johnson is out here thriving, shining, and showing Black queer kids that they can come out of the other side winning. We love to see it. And we need to see it.

“I wrote this [book] because there’s a clear need to center Black stories from the Black perspective,” Johnson tells me in our virtual hangout. “I didn’t have stories like these growing up and I wanted to do my part to make sure the next generation of Black queer children could see themselves represented so they can feel seen and heard. There are days I look at TV and film and still don’t see myself represented, so, my ultimate goal was providing the story I didn’t have but always needed.”

When I was coming of age in the early 2000s, if I wanted to see a gay character, I had Will, Jack, and clips of Queer as Folk I found on Limewire while I burned mixed CDs. Today, there are LGBTQ+ characters on nearly every network, our stories win Academy Awards, out politicians are getting elected without much drama, and unapologetically queer musicians are smashing the Billboard charts. Though we’ve come a long away, Johnson says we aren’t there, yet.

“Representation is a starting point, not an ending point,” they say. “I look at it as now we can finally start the conversation. A seat at the table is great, but are they listening and valuing our perspective? Is the conversation intersectional? Who got invited? Who gets to send the invite? Who is really empowered? I want us to not be swayed so easily by symbolic gestures. Real, meaningful change is still required for equity for our community to not just be tolerated and survive, but to thrive.”

The blue in All Boys Aren’t Blue refers to a few things—it’s a nod to Johnson’s father being a cop and growing up in a “blue” household, it’s a reference to the Oscar-winning film Moonlight and the beauty of Black boys looking blue in the moonlight, and it’s a wink to Queer Sugar‘s Blue, the young boy who loves to play with dolls. And it’s also a reminder to Black queer kids that it’s more than okay to disregard societal gender norms that say blue is for boys and pink is for girls.

Do Your Healing Homework

Bullying, discrimination, and violence LGBTQ+ people often face growing up have lasting effects on us well into our adult lives. Though uncomfortable, Johnson felt a sense of responsibility to the next generation to share his story—and it brought him healing as well.

“You cannot heal what you don’t name,” they say. “So, I wanted to name as many things as boldly as possible in this book. Yes, these stories leave me very vulnerable, but I’d feel much worse if I didn’t tell them and if that that story being written in the book could save someone who’s going through something similar. I think there’s power in all of us in telling our stories—for our own healing and to be of service to someone else who may need to hear it.”

The Children Really Are Our Future

Whitney sang the children are our future and to teach them well—and Johnson says they are ready.

“When I speak to young adults, I see they are so brilliant, introspective, knowledgable, and so ready to create change. It gives me a good feeling knowing they will be future leaders one day.”

Well, with 1 in 6 Generation Z adults identifying as LGBTQ, I’m looking forward to a brighter, and gayer, future. But I’m obviously a little biased.