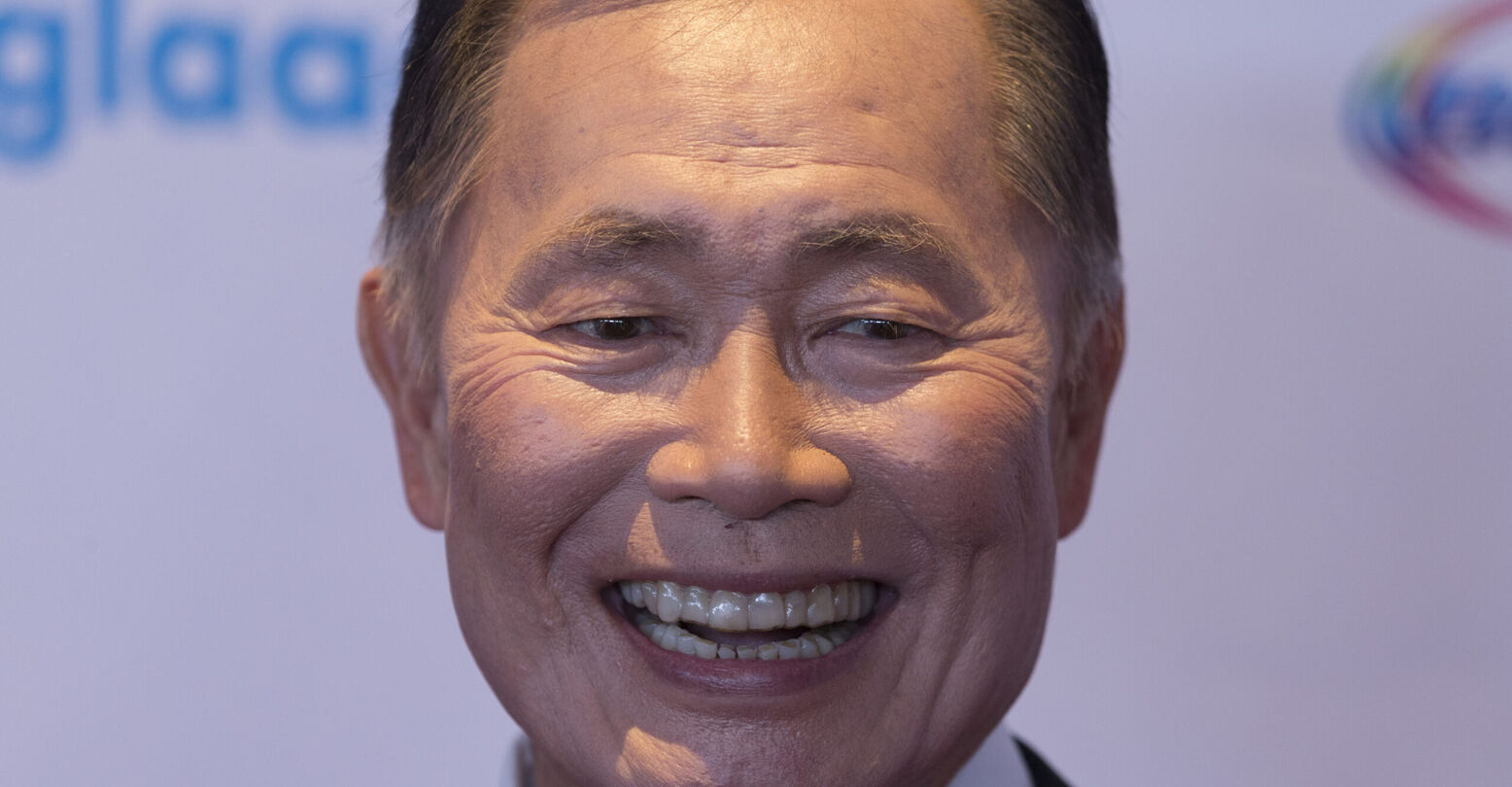 In a recent interview with The Telegraph, George Takei reflected on his coming out publicly later in life. The 84-year-old celebrity and outspoken LGBTQ+ advocate described “an immense sense of guilt in not standing up” as a gay man when he was younger.

Having come to prominence during the airing of the original Star Trek series in the 1960s, Takei experienced a bleak reality for queer actors in the entertainment industry. The few instances of an actor coming out as gay (usually against their will) often ended in studio blacklists.

In particular, Takei recalled the career of Tab Hunter, a famous Hollywood hunk of the 50s and 60s who was outed by the tabloids. “Suddenly he disappeared,” said Takei. “Warner Brothers dropped his contract, vilified him, called him box-office poison. I was stunned.”

Public scandals like these influenced Takei’s decision to remain closeted. “The lesson that I got from that was you can’t be an actor and be gay at the same time,” he said. “And I passionately wanted to be an actor.”

Takei eventually came out in 2005 and has become an internationally recognized figure in the gay media for his contunial advocacy. He notes that while the landscape has become much better for queer people in the media, there are still challenges. “There’s no denying we have made amazing progress in terms of telling the LGBTQ+ story and having LGBTQ+ performers now acting and maintaining a career,” he said. “But…there’s always that ‘but’ in Hollywood and in America. Issues still remain.”

Although Takei has used his star power to help alleviate some of those issues, he regrets having waited so long in his life to take a stand. He sees his actions in stark contrast to those of his own parents when faced with a similar situation.

During World War II, Takei’s family (like many Japanese-Americans) was forced into an internment camp by the US government after they refused to sign a loyalty oath forsaking their allegiance to Japan. ​​“It was torture being closeted because my instinct was to speak out,” he explained. “My parents had stood their ground on the loyalty questionnaire. They were principled.”

Takei has shown himself to be principled on more than one occasion since coming out. He has participated with It Gets Better and recorded a number of PSAs—including the great “Just Say Takei” ad in response to Tennessee’s 2011 “Don’t Say Gay” bill. He has also stood up against hateful local and national politicians, particularly pointing out the dark parallels between the Trump administration’s Muslim ban to the Japanese internment he experienced all those years ago.