Trust no one: Beloved actress and queer icon Gillian Anderson has betrayed us all. This weekend, Anderson confirmed that she won’t be reprising her role as Dana Scully after the upcoming 11th season of The X-Files. In an interview with TV Insider, Anderson affirmed she would be exiting the show after her long three-decade romp as the tenacious Scully.

Fans can expect all their nostalgic favorites from FOX’s 10-episode reprise of the show, including Scully and Mulder banter, supernatural mysteries, and Mulder quipping, “Something weird.” And hopefully, Scully will finally take down her mansplaining partner with the grace and elegance of Laura Dern’s The Last Jedi character.

Anderson has long been a hero for queer women. In 2015, the actress confirmed to The Telegraph that she is open to dating women, and has before. The actress said, “To me, a relationship is about loving another human being; their gender is irrelevant.”

But even before that, queer women have always fawned over Dana Scully for her badassery and dogged affliction toward solving alien nerd crimes, so the revelation that Anderson herself was queer was revolutionary. 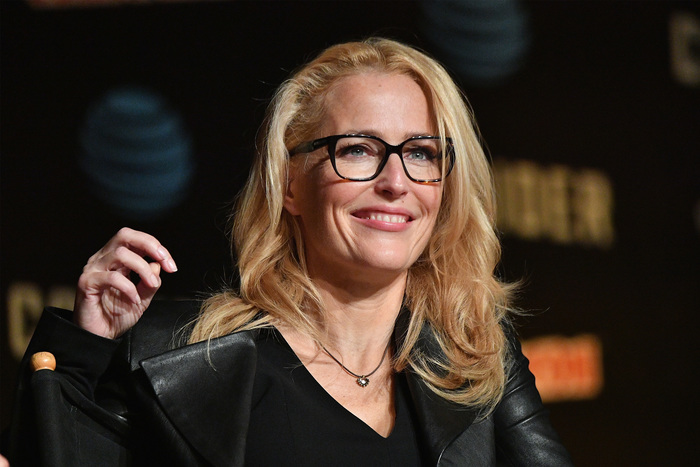 Anderson isn’t just a queer girl’s dream; she’s a role model for all women. Earlier this year, Anderson advocated for more women behind the camera on The X-Files. TV Line reported that all of the writers behind the reboot will be men, and only nine women have ever written for the show (which has churned out 208 episodes). Andersontook to Twitter and added that only two episodes have been directed by women. Two!

And in 2016, Anderson spoke out about gender disparity on the show, spilling that she was offered half the salary that Duchovny was for the reboot.

She told The Daily Beast, “It was shocking to me, given all the work that I had done in the past to get us to be paid fairly. I worked really hard toward that and finally got somewhere with it.”

In October, The X-Files star hinted at leaving the show while at Comic Con, so while the news isn’t shocking, it’s still a bittersweet goodbye. As of yet, FOX has not committed to a 12th season, but the series’ creator Chris Carter teased that the last episode wasn’t crafted as a series finale.

Though unconfirmed, the truth is out there