Queer women have known about GAE for decades, but now, Scully herself is sharing a sliver of this inherent power with the fashion industry. Just like in Mean Girls when Cady breaks the crown into pieces to share with her classmates, Gillian Anderson is finally giving the public a chance to wear their GAE on their sleeves, with her new fashion line for Winser London.

#GAWinserLondon, unofficially known as The Power Bitch Collection, features a series of half-masc, half-femme looks to unleash your inner GAE. Here’s every piece from the fashion line. 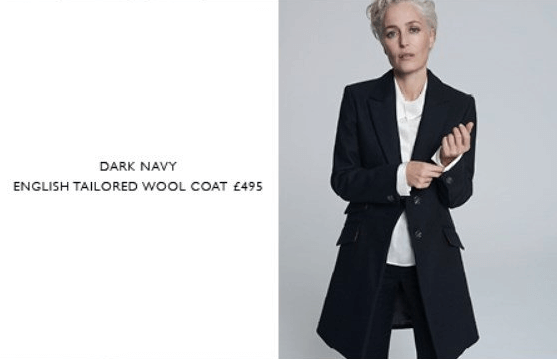 In this look, Anderson is giving us Lucius Malfoy glow-up vibes. This sleek navy trench coat can easily double as a cloak. Whether you’re the new Defense Against the Dark Arts professor giving Slytherin kids special treatment, or serving dapper Diagon Alley-loiterer lewks, this multi-purpose coat is perfect for smoking cigarettes in a British accent or apparating into Hogsmeade to steal Every Flavour Beans from some dipshit Hufflepuff. This form-fitting outerwear is for Death Eaters only; no Aurors need apply. 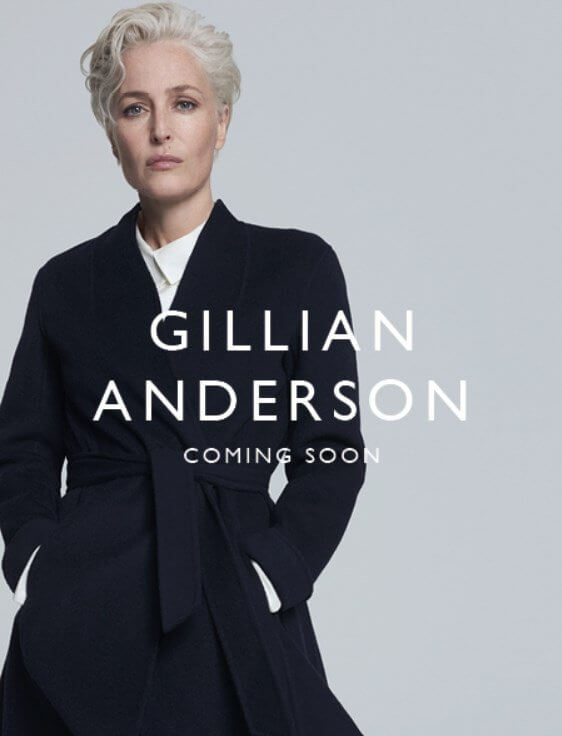 While this piece is aesthetically similar to the Dapper Death Eater Trench-Cloak, it differs in its intention. Still for evils only, but the muggle kind. This English tailored wool coat is designed for wealthy city-slickers who can easily afford to have a personal driver, but masochistically choose to trudge through mucky subway water and hail a yellow taxi, still smitten with the bitter romance of New York City after decades as one of Forbes’ Most Powerful Women. The multi-pocketed piece is for any range of fictional magazine editors, from the devilish Miranda Priestlys to the maternal Jacqueline Carlyles. But it’s not for the faint of heart—the wintry outerwear separates the Lucy Wymans from the Jenna Rinks. It’s a take-no-prisoners, no-introductions-needed coat for legends bordering on cunts.

The “Step On Me, Mom” Blazer 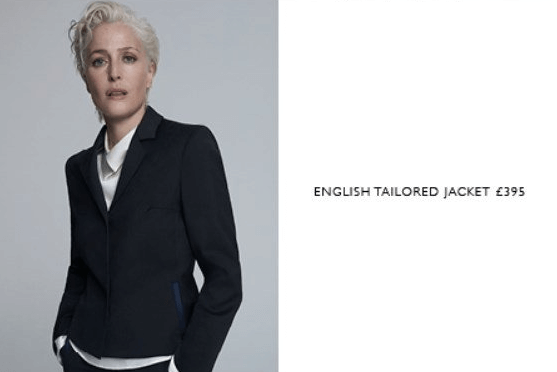 OK, this blazer is only for Gillian Anderson—but if you buy it and post a picture of yourself on social media, it comes with 10 Instagram comments saying “Step on me, mom,” or your money back guaranteed. 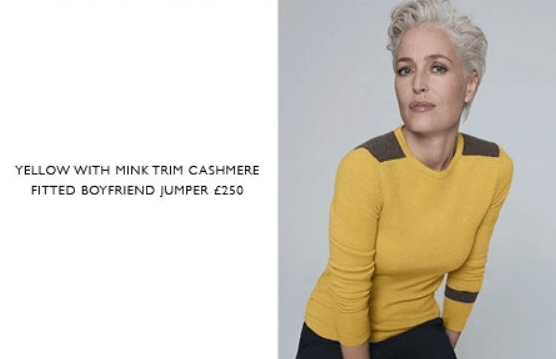 Finally, a piece of “boyfriend” clothing that queer women can relate to. This midnight jumper isn’t called the Boyfriend Jumper because it looks like something a man would wear — it’s called the Boyfriend Jumper because Gillian Anderson ate your boyfriend. The black trim on the shoulder is steam pressed with the ashes of the guy you dated before Gillian Anderson stole you. Also available in sunny yellow, to remind you that the sun literally shines out of Gillian’s asshole. 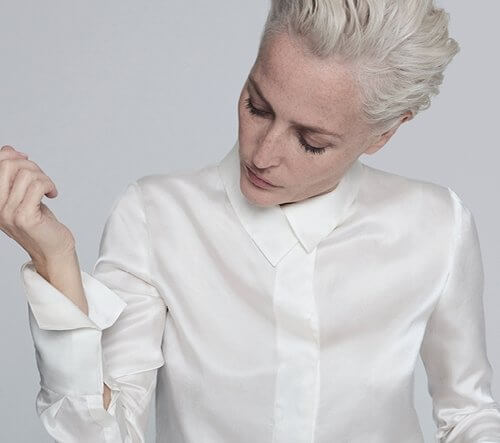 This handsome pearly button-up comes with a tiny vial of blood to stain it with. The every-occasion blouse can be worn while undercover as a caterer on a heist mission; by double agents in the CIA; or while sporting Ray-Bans and sketchily watching a burial service from 50 yards away, so as not to be seen. The breathable material is form-fitting but roomy, perfect in case a fight breaks out in an alleyway, and it’s one weaponless woman against twelve armed men, wielding only the raw power of her fists and divine femininity.

The collared blouse is equipped for date nights at galas and museums; it’ll have haughty partygoers asking, “What exactly is it that you do for a living?” as you mysteriously return from the bathroom panting, your once-coiffed hair swept wistfully over your brow, as you lick your thumb and wipe away the single drop of blood on your cuffs.

The “Why The Fuck Do You Think You Have Permission to Look at My Neck?” Turtleneck 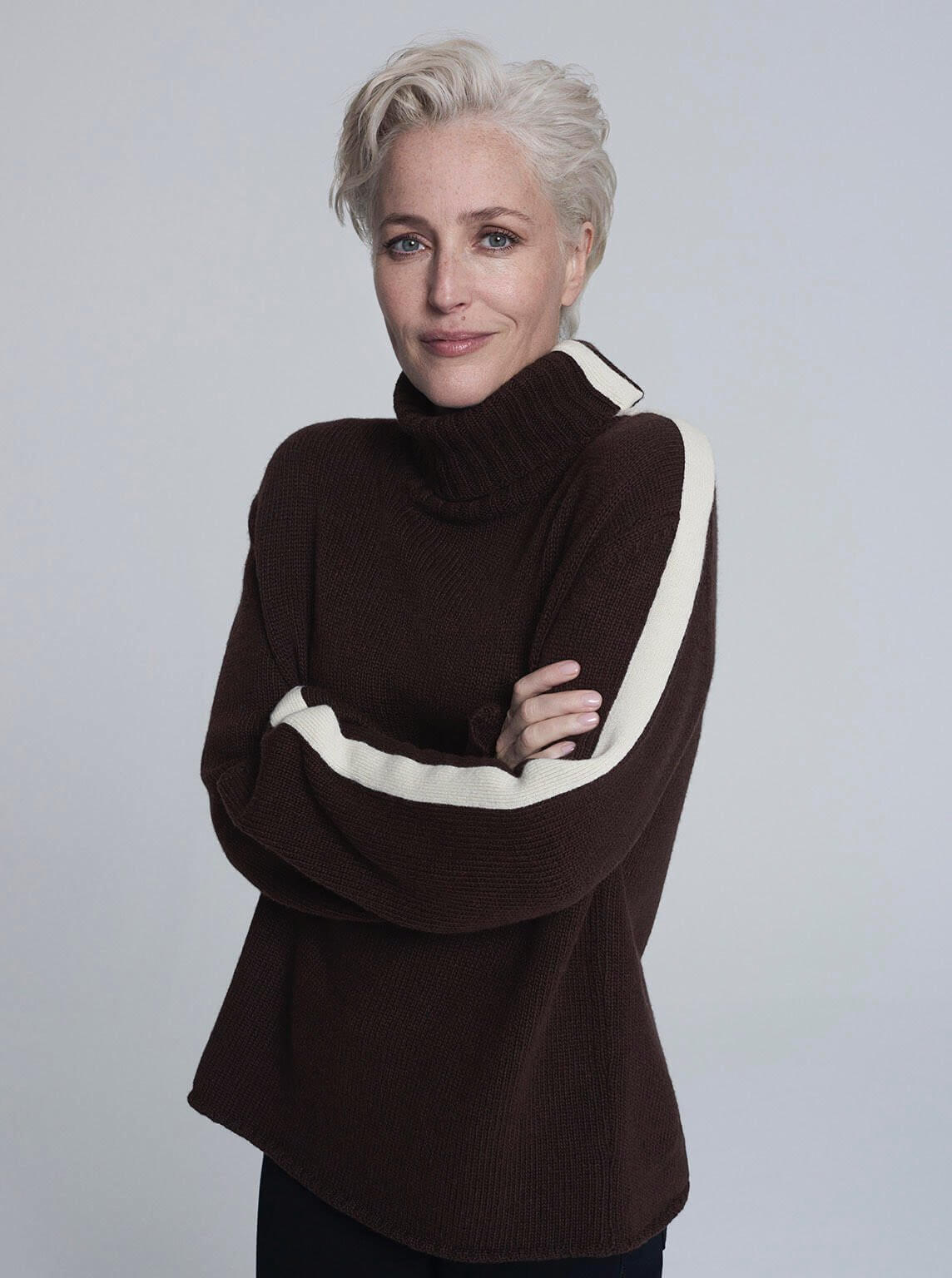 The Adidas-inspired striped sweater comes in chocolate brown and white, or midnight with pink, and can be rolled over your neck and lips so as to say, “This is my neck, bitch. You should be so lucky to glimpse my sweet-smelling, moisturized and expensive glands. Look the fuck away.”

Gillian Anderson for Winser London will be available this September.