“Here’s the thing,” out comedian and IG exhibitionist Matteo Lane begins, “I’ve been ghosted, you’ve been ghosted; we ghost. It is the way of the world, girl!”

Knowing said vanishing act is inevitable when you play the love game, Lane co-devised a new eight-episode unscripted series for Snapchat, which premiered on Nov. 28. As host and mediator, leave it to Lane to lighten the mood of one of the more traumatic epidemics plaguing the modern-relationship era as he essentially forces ghosters and ghostees to confront their feelingsand each other.

Here, the recent OUT100 honoree and trained opera singer (guys, he really can do the Mariah Carey whistle register) dished to INTO about ghosting realities, collaborating with Bob the Drag Queen and why his critics should butt out of his butt business. 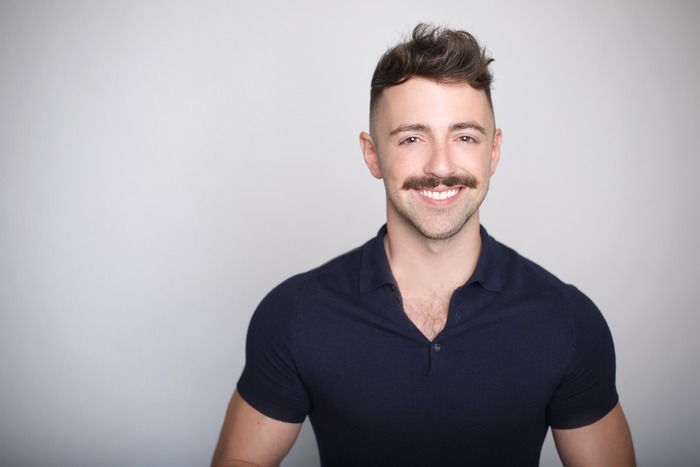 The obvious first question, is, did you get to keep the rubber chicken from the OUT100 shoot?

Ha! No, I did not get to keep the chicken from the OUT100 shoot. First of all, it was my idea to get naked, because I’m desperate for attention. And I knew all the pictures were gonna be super serious, and rightfully so; there are a lot of serious stories. So, I thought, “Well, I’m the only comedian they picked, so I might as well do it totally naked.”

But the only thing I got to keep was, like, a thong pad you put on over your dick. I don’t mind being nude, obviously; look at my Instagram. But you know, I had fun. They kept laughing so hard, and I was like, “Good – I want people to laugh.” And I want to get a date out of this.

Of course not. Still single!

How did the concept for Ghost Hunt and your involvement come about?

Two years ago Chloe Pisello (of Avalon Television) approached me with a show idea about dating, and she and I were talking and came up with this concept about ghosting and thought, “Everyone ghosts.”

It really was that simple. We presented it to Snapchat and they loved it. Then, a year later we made the pilot, and it just felt so natural. It was the perfect way for me to comment on people and relationships and kind of be funny, and there’s almost no work put into it with me. I just show up.

I was just in L.A., and we shot seven episodes for an entire month, and I met the most insane human beings on the face of the planet. I mean, everyone ghosts. And I believe in ghosting. If you’re getting ghosted, move on. But it’s wild what people go through when they’re ghosted, and there are two gay couples on the episodes and they were more dramatic than anyone!

What is your best personal ghosting story?

There was this guy right before I was about to go to Italy for six months, and he was just too much. He was annoying. And I’m like, “I’m going to Italy, goodbye.” Then when I went to Italy, he was still emailing me and I was like, “Gosh, this guy is really obsessed with me and it’s embarrassing.” Because I’m a typical gay: If you like me, I’m out; and if you don’t like me, I will buy a wedding ring.

Ghosting was kind of new. I really think my cousin Kelly invented it, to be honest with you. So I wrote him a message a year later and was like, “I’m so sorry I disappeared, and I hope I didn’t hurt your feelings.” And he was like, “It’s fine.” The fact that he was nice about it made me even madder. 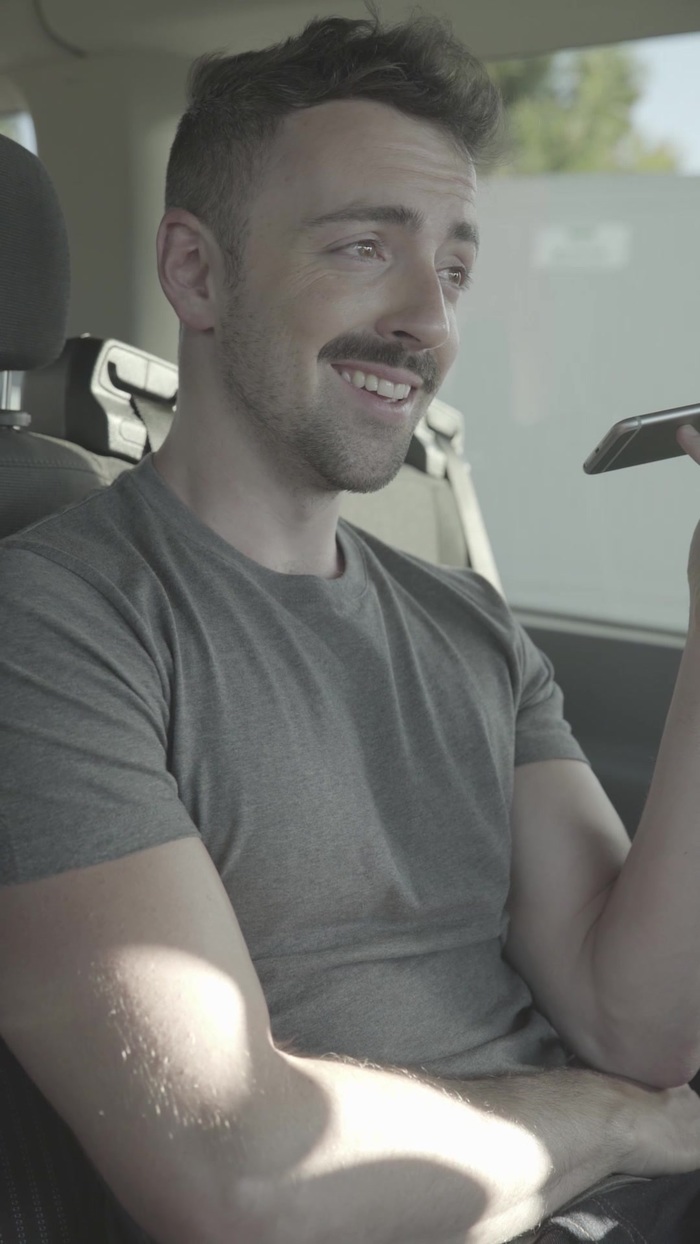 I haven’t ghosted someone in a while, but I am pretty needy and desperate when it comes to men, so I can feel myself getting ghosted and I’m like, “Ugh, here we go again, Matteo.”

About the IG nudity

Here’s the thing: My sister is my personal trainer and she gives me my diet and my routine. I’m a comedian and comedians can’t do anything without letting the world know, so it’s like, who cares. I will be naked and I do not care.

Someone tweeted at me and they said, “I find it really disgusting that you’ve become this gay stereotype and we expect better from you. Sarah Silverman doesn’t have to show her tits to get laughs.” I wrote back and said, “You should start going to open mics and become the gay comedian you want to be.”

It’s like, there are no gay comedians who are famous, really, besides Mario Cantone, who does not get the credit he deserves, so why do we have rules established already? We are literally making them up as we go along.

Even if there were a model, it doesn’t mean you have to follow it.

Exactly. “OK, let me act straight and put on a gross button-up shirt and talk about my wife.” Boooooring!

What are your sister’s tips on getting a butt as perfect as yours?

Well, we’re a quarter Mexican because my mom is Mexican and Italian, so I wonder if it’s the Latin part of us? But Italians have big butts too. So part of it is genetics, but also it involves a lot of lunges and squats and walking lunges and standing lunges.

So you work for it.

Tell me about hosting the red carpet for 2016’s Divas Holiday: Unsilent Night, and also being amid all those divas.

Lord knows how Patti LaBelle still sings into the stratosphere. That woman is a goddamn saint. I saw Patti live when I saw Divas, when I got into a fight with Vanessa Williams on the red carpet. We’ll get back to that. But Patti LaBelle – when she sang I swear to you people who could not see or walk could see and walk by the end of her performance.

So what’s up with Vanessa Williams?

I think I did something stupid. Vanessa Williams is very nice, but I made a big mistake. I was like, “I love that Christmas song you sing,” and she’s like, “I have two albums; which one?” You get nervous ya know? I was like, “Grown-Up Christmas List,” which OK, I thought she sang that song. She goes, “I never sang that.” I’m not the greatest on the red carpet.

What’s the latest when it comes to your collaborative work with Bob the Drag Queen?

OK, so I used to be a full-time storyboard artist for TV commercials and fashion ads, and I graduated from SAIC (School of the Art Institute of Chicago) with a degree in illustration and oil painting, which I used to live in Italy painting and Lord knows how I became a comedian. But, yeah, Bob and I are still working on it, it’s called Kickass Drag Queen.

We’re kind of just doing it for fun when we’re both in town together. But he’s a world-famous traveler and I’m telling dick jokes in New York, so it’s hard to coordinate our schedules. But we’re still doing Kickass Drag Queen. We have a lot of stuff planned for it, so there will be more stuff coming out for it.

You could’ve been an illustrator or an oil painter in Italy or an opera singer. Why did you choose comedy?

When I was 19 years old and watched Joan Rivers do standup it blew my mind. It was the first time I ever thought of it. George Carlin, Richard Pryor, and Bill Hicks, who I love, just never spoke the same language. I don’t think they speak the same language as gays. So, when people like Kathy Griffin and Joan Rivers were doing stand-up, they were speaking our language. And that’s how I felt when I watched Joan. It opened a door for me. I didn’t realize what people were so invested in until I watched Joan Rivers and I thought, “Oh my god, she’s speaking to me.” She really was inspirational, but I didn’t start doing comedy until six years ago.

It was in the back of my head to always do it. So, while I was drawing during the day when I was living in Chicago, where I’m from, I joined this cabaret group at night. It was horrible. These cabaret dancers, drag queens – terrible drag queens – would get on this stage in strip clubs, and while the strippers were changing, I would sing Streisand or Mariah Carey. I did it for three years and finally, my friend was dating a comedian – the first comedian I’d ever met – and I went to go see a show, fell in love, and thought, “Oh my god, that’s what I wanna do.”