NBC‘s new comedy Good Girls stars Retta (Parks And Recreation), Mae Whitman (Parenthood), and Christina Hendricks (Mad Men) as three women who, in the midst of financial emergencies, decide to rob a supermarket. Created by Jenna Bans (Grey’s Anatomy, Scandal), Good Girls has its central women being unwittingly pulled into an even bigger criminal operation. The writing is smart and sharp, funny and a bit dark, and the chemistry between the leads is truly rare.

As we are introduced to the leads, we quickly learn that their primary incentive for the crime is supporting their familymore specifically, their children. Annie (Whitman) is the youngest of the trio. She is a single mother, though her ex-husband is very much in the picture, and the primary caregiver to Sadie (Izzy Stannard), her 11-year-olddaughter that has begunexploring her gender identity.

From their very first scene together, it’s clear they are very close, and that her space with Annie is Sadie’s open forum. 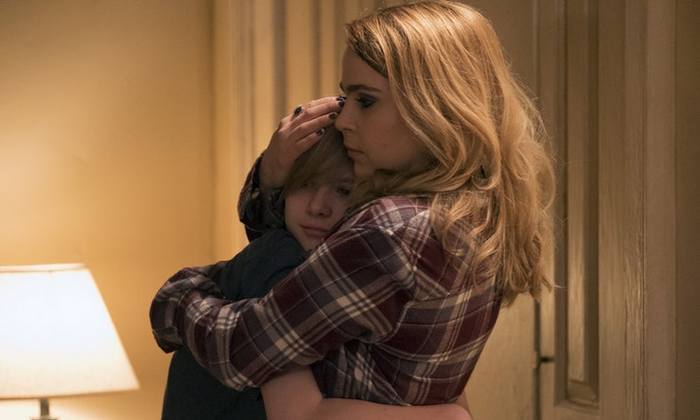 The Fosters, Shameless, Billions, and Madam Secretary are among the shows currently featuring adult non-binary characters. What is unique about Good Girls‘ take, however, is that Sadie, at 11,is still figuring themselves out, and hasn’t expressed whether they identifies as female, male, or otherwise. While a large part of the show highlights the struggles of everyday life for the main characters, that Sadie is non-binary or potentially transis not one of Annie’s problems. The fact that Sadie is wearing boy’s clothes or has short hair is irrelevant, and Annie’s dedication to her child is such that she doesn’t miss a beat in completely shutting down her ex-husband’s suggestion to enroll Sadie in Catholic school, or that she should be in therapy, as if there is anything about her that needs to be fixed.

Though Annie is portrayed as being the least responsible one of the Good Girls, it’s refreshing to see her become resourceful when it comes to her child. She enlists a dangerous criminal to go to Sadie’s school in order to scare the living daylights out of her bullies for pulling her pants down, where he promptly breaks one of the kids’ fingers (like I said, it’s a little dark). Most of her money goes to hiring an attorney to help with maintaining full custody. 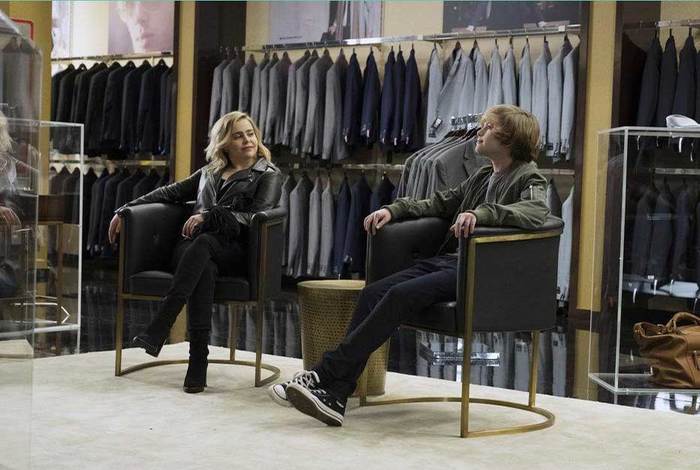 It would have been so easy for Good Girls to have taken the lazy route by making Annie’s dilemma that her kid is being difficult and won’t just put on a dress to make things easier for everyone. Instead, Annie’s distress comes from seeing Sadie navigate childhood, which is often times more cruel than adulthood. Her greatest struggle is making sure she’s doing all the right things to bring up Sadie in a safe space that will allow her to be strong and confident when she’s out in the world.

If Good Girls is renewed for a second season, and if the writers continue their approach, Sadie’s journey promises to be a satisfying one. Seeing a child who is non-binary on network television not have a completely miserable home life is the future. Let’s have more of that, more happy home life, more of Annie bringing Sadie to expensive stores and having her fitted for awesome suits. More of the Super Mom all kids deserve, when she’s not partaking in clumsy criminal activity.