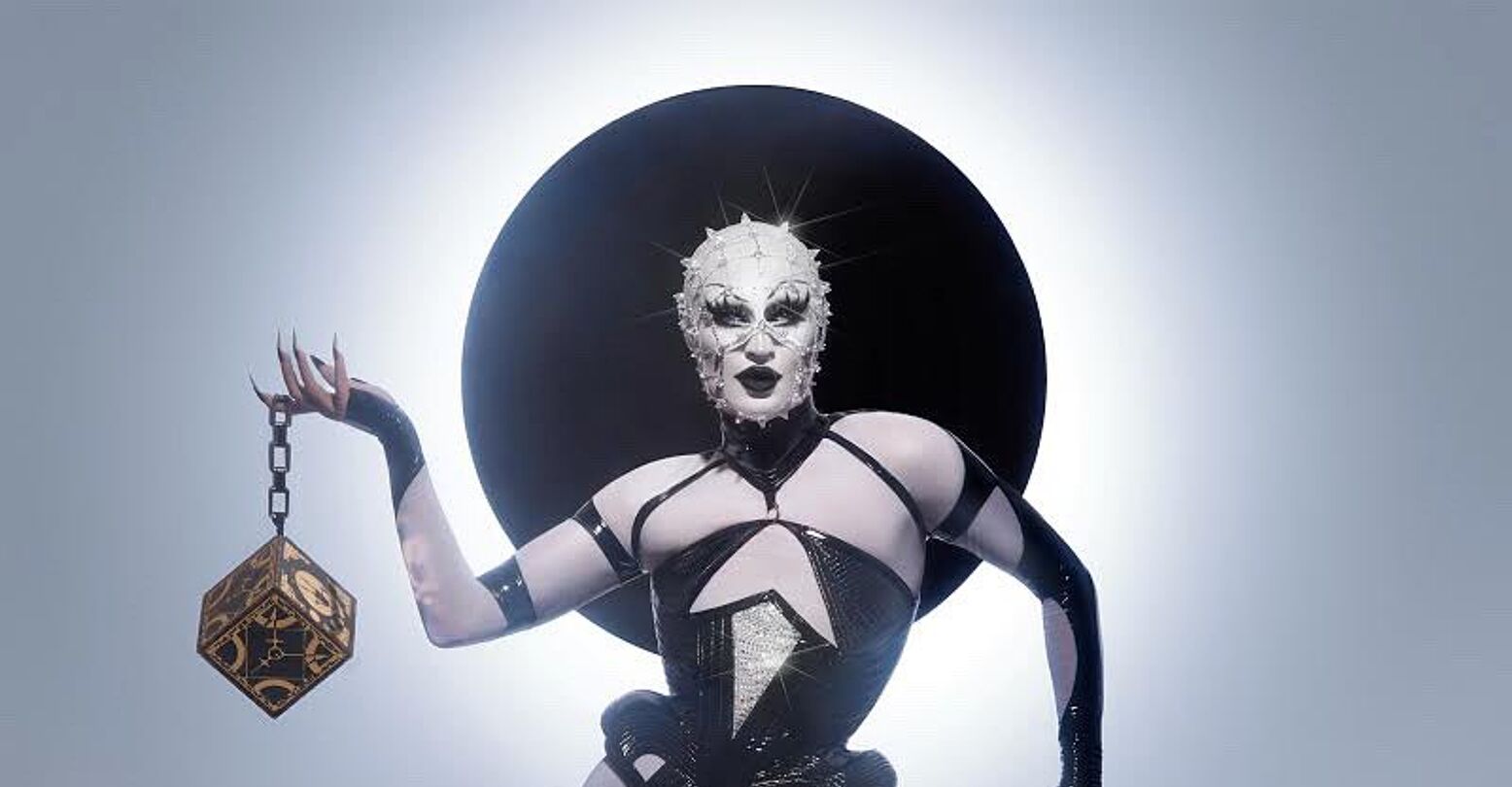 RuPaul’s Drag Race Star Gottmik nearly killed fans with her iconic performance of Hellraiser’s Pinhead during the 13the season finale of the Emmy-Award-winning franchise. Though her performance didn’t win first—it landed Mik in a tie for third with The Rosé—her show-stopping combination of Pinhead’s famous steel and leather just happened to catch the eyes of those behind Hulu’s upcoming Hellraiser remake.

Following the news that Pinhead will be portrayed as a female in a film closely aligned with Barker’s critically-acclaimed novella, The Hellbound Heart, it’s clear the star portraying the esteemed villain will have to be both terrifying and brilliant – and luckily Gottmik is terrifyingly brilliant. After the filmmakers, led by Spyglass and David Bruckner, saw her tribute to Clive Barker’s legendary 80’s horror villain, they quickly reached out to her for an audition.

She basks in the spotlight of being recruited for a lead role, telling Entertainment Weekly, “When they saw my Hellraiser [look], they gave me the audition for Pinhead. I did [go on tape]!”

All in the name of drama Gottmik simultaneously gets our hopes up and becomes the bearer of bad news, “But I wasn’t menacing enough! I had to read a bunch, I was in my apartment, against the wall, full-on trying to be Pinhead, pretending to pull needles out of my head, just going in! It was so funny!”

Although we are sad Gottmik won’t be giving us the villain we got a mere taste of in “Drag Race Season 13,” the decision makes sense considering her bubbly smile and emphatic serve are distinctly what have won the hearts of fans all over the world.

“I wanted to be Pinhead more than anything in my soul, but, also, I’m like, I get that!” Gotmikk appears to accept defeat, and then offers what we consider to be a reasonable compromise, “I mean, at least let me walk on the carpet in that look! I’ll make a new one! I just want to be there. I’ll just be in the background next to Pinhead!”

Watch Gottmik spill the tea on the audition here.