Freeform’s grown-ish has been a lovely breath of fresh air during the last few weeks. Not just because it’s a funny, diverse, and realistic depiction of college, but because it has also provided us with some always-welcome bisexual media representation. Nomi (Emily Arlook) is a great side charactershe’s humorous and confident, often providing Zoey (Yara Shahidi) with advice when needed. She’s also bisexual, unafraid to use the word and completely open on campus. 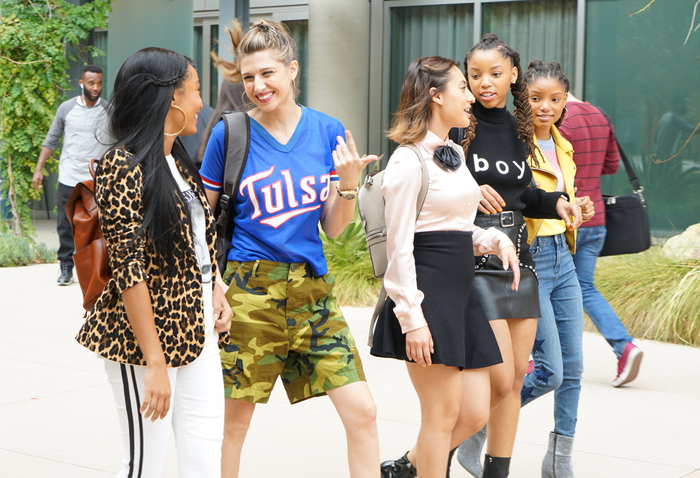 One of the first times we meet her, she’s hooking up with a female peer in the bathroom, even though she’s not out to her parents. (Again, realism!)

Up until now, Nomi’s been great in the background, but it’s even greater to see her get her own B-story.

“Look, I don’t want to be some girl’s experiment,” Nomi’s date tells her. “Why don’t you call me when you’re done going through this whole bi phase?”

Quickly, concisely, and in one well-written scene, grown-ish has depicted some of the realities of dating while bisexual: people assuming the woman you’re with isn’t your date but just a friend (or sister!), the “straight guys with the whole lesbian-fantasy thing,” and biphobia within the queer community. The biphobia is an especially salient point, touching on the frustration of lesbians accusing bisexual people of going through phases, therefore discounting our sexuality and reinforcing old-fashioned beliefs about bisexuality (we’re “experimenting” or “doing it for attention” or “not really into women”).

It also centers men: Nomi’s attraction to women is dismissed as being flighty or fake, but her attraction to men is considered serious and concrete. It’s common and disheartening, which is why Nomi emphasizing the b in LGBTQ to her swiftly-departing date”Respect the letter, bitch!”is both funny and cathartic to watch.

Honestly, considering the death of bi representation on television, even just that scene would feel pretty groundbreaking, but grown-ish doesn’t end Nomi’s storyline there. Nomi starts dating David, and then he casually reveals that he’s also bisexual. And that’s when things get interesting. Nomi’s friends balk at the revealeven though they’ve previously been fine with Nomi’s sexualityand surprisingly, so does Nomi. “Starboy” portrays the double-standard that exists within bisexual men and women: bisexual women are often more “accepted”which certainly ties into media’s fetishizationwhile bisexual men aren’t as much, which is rooted in toxic masculinity and lack of representation.

There are more bi women represented in media than men and more stigma attached to being a bisexual man. (In a study about bisexuality, Splinter reported that “43% of respondents agreed, at least somewhat, with the statement: “People should be afraid to have sex with bisexual men because of HIV/STD risks.”). Men are often told they exist on a binary of either gay or straight whereas an oft-said joke is that “all women are a little bi.” Women are “allowed” to talk openly about finding other women attractive; men are made fun of for doing the same with other men. 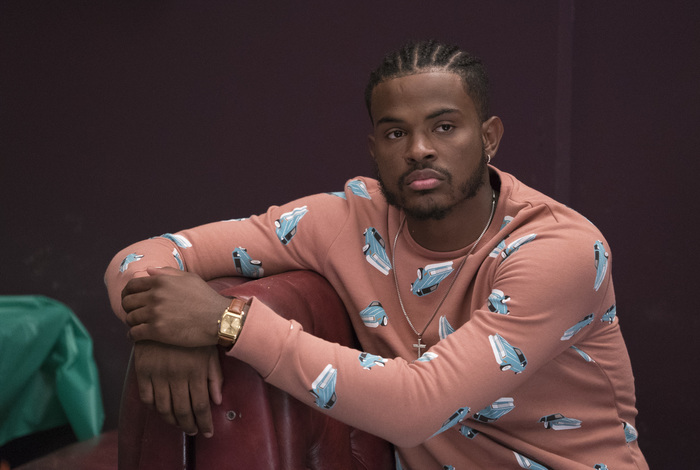 But what “Starboy” also does is introduce Nomi’s own internalized biphobia, just a few scenes after she calls out her date for the same. grown-ish, which Kenya Barris has said is more “serialized” as opposed to black-ish’s closed-ended episode format, doesn’t just drop the storyline there. The plot continued in last night’s episode, “C.R.E.A.M. (Cash Rules Everything Around Me).” Nomi confides in a friend that her relationship with Kevin is going downhill because ever since he told her that he’s bi, she’s started to “see him differently.” Whether he’s greeting a male friend or being served by a male waiter, Nomi can only ever picture the men making out. To her credit, she’s clear that it’s her own fault and that he didn’t do anything wrongbut she doesn’t own up to it being biphobia within herself.

Internalized homophobia or biphobia isn’t too rare for queer people, and Nomi is a specific example: she would immediately and understandably take offense at any male partner who says her bisexuality makes him worry she’ll leave him for a man, yet she finds herself in the position where she’s constantly thinking the same thing about Kevin.

“C.R.E.A.M.” continues this conversation throughout the episode, smartly displaying Nomi’s hypocrisy through her own words as she defends bisexual validity while talking with friends. When Aaron assumes they broke up because David’s gay and not bisexual (“If a guy is willing to go that far with another guy, that means something in him really wants to go that far with a guy”), Nomi is quick to explain why that’s wrong, and how sexuality is on a spectrum. Yet, at the same time, Nomi can’t take her own words to heart.

Later, Nomi chats with David to explain straight-up that she broke up with him because it “freaked [her] out” that he’s been with other guysto which he rightfully reminds her that they met while she was on a date with another girl.

“I know that I’m supposed to be part of the movement,” Nomi says, “but I can’t help feeling like it’s different for guys and girls.” 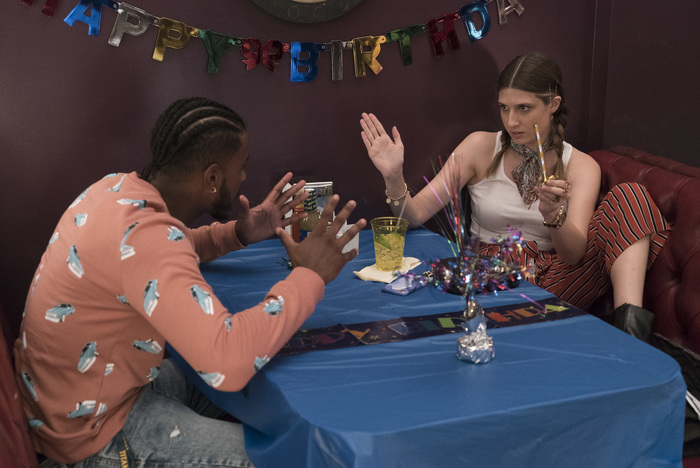 She even readily admits to being a hypocrite. And when she tries to tell David that because he’s also in men, she’s worried that she’s not enough for himand he responds that that’s not about his sexuality, but about her insecurity.

“C.R.E.A.M.” doesn’t offer easy answers for Nomi and David; their break-up is still intact by the end of the episode. Maybe the storyline will continue through next week, or even longer. Or maybe that’s the end of it: Nomi alone to ponder her insecurities and biphobia, now that she understands that it’s absolutely a problem she should work on.

That, in itself, is what works so well about grown-ish. It provides conversation through strong, accurate representation and it allows us to think about our own inner biases and hypocrisies, our own battles with internalized homophobia and biphobia, and the ways in which our own community allows these biases and double-standards to exist.

It doesn’t tell us how to fix itit’s college, after all, and they have to learn for themselvesbut it does provide a first step.