There are so many lessons you can learn from Disney’s The Lion King in your formative years: the beauty of old friendships as well as new ones, that facing your fears shows true strength of character, and that self-forgiveness is more constructive than wallowing in guilt. “Being brave doesn’t mean you go looking for trouble” always reminded me of my father’s stern lessons about regulating my younger, more confrontational side, and when my father passed away in 2016, I watched the scenes of Mufasa’s death to help process my grief.

The Lion King has always been a perfect example of a bildungsroman, and so as we prepare for the excitement of a live-action, majority-black cast for the 2019 remake, I’ve been thinking of how this genre of film might be captured and reimagined through the bodies of black characters. Specifically, I’ve been thinking about how Scar is as a fabulous black gay man. 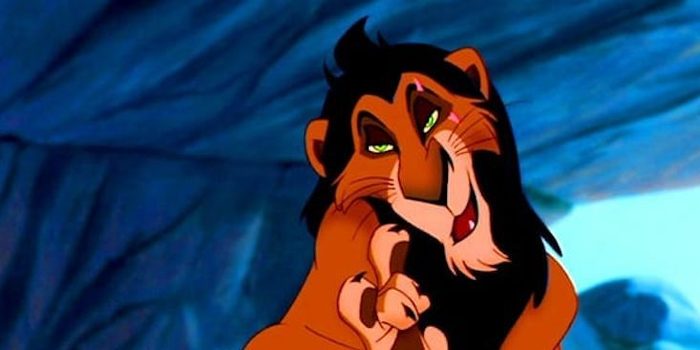 In light of critiques about queer-coded and villainous characters such as Scar, I’ve been forced to consider how he and other similar antagonists present a negative force in the formative experiences of young LGBTQ children. Queer-coding is not so much about explicit sexuality, but about the appearance, expressiveness and gender performance of a character. Typical discussions of Scar’s identity has been framed in negative criticism, touching on his “stereotypical movements and affectations.” His exaggerated facial features are likened to drag makeup, and his slender physique (as compared to the broader, larger Mufasa) is rendered to emasculate him.

As a young gay child I didn’t register any of this explicitlyScar’s “weak” and “effeminate” persona being demonized appear true to my experiences as a queer child navigating masculinity in the playground. I disliked sports, walking and talking with a certain expected bravado, not meeting conventional standards of boyhood. Yet, as a 20 year old man, I absolutely adore this representation of Scar, and have been able to reimagine him as a sort of anti-hero championing resistance to traditional masculinity.

Still, this is no reason to vindicate Disney from responsibility for its problematic representation. There is much to be said about the fact that Scar’s presentation can be reduced to a cowardly, gay man leading a comedic trio comprised of a Black woman, a Latino man and a mentally disabled “liability.”

But I wouldn’t want remakes of The Lion King to simply brush the matter of queer Scar under the carpet. As a Black gay man, the opportunity for further representation within Black cinema, even if through villainy, is something I’m enticed by. But this means complicating the narrative around Scar and framing him within racialized narratives concerning masculinity and queerness. Scar is a selfish character, but his “revolution” promises empowerment to the most marginalized groups, redistributing Pride Rock’s wealth to the creatures which inhabit the “shadowy place.”

But as well as a socialist revolutionary, could Chiwetel Ejiofor’s Scar also be a queer man?

The new Lion King offers a chance for a nuanced exploration of community relations. As a child I was taught to admire Mufasa and Simba as the idealized forms of macho leadership. This is so reminiscent of the experiences of young Black gay men forced to restrict our gender performance to the highest standards of masculinity. Black gay and feminine men have been long-term pioneers of interrogating and disturbing masculinity and normative gender constructions, often at risk of death, rejection or humiliation. Social media dialogue around the #CareFree movement for Black men have opened up conversations regarding the prizing of idealized Black masculinity over queered and effeminate gender presentation. So when we now go back to watch the polarizing of the masculine and the feminine in Mufasa and Scar’s interactions there is so much more to explore and muse on.

Scar presents a cool challenge to performed masculinity. Mufasa becomes infuriated at Scar’s various sassy remarks, snarling and growling and adopting fighting talk: “Is that a challenge?” With Scar responding “Temper, temper. I wouldn’t dream of challenging you” there is a subtle taming of Mufasa’s masculinity. The intent is for us to view Scar as a coward and Mufasa as great, but as an audience we can reframe this opportunity to view Scar as presenting a more calculated foil to arrogant, masculine leadership. Whether as a “gone-with-the-wind-fabulous” Machiavellian, or a more tempered and cool intellect, there is much that a Black gay Scar could do to further the conversation concerning the treatment and regard of Black male femininity within Black communities.

The Lion King live-action film is anticipated as a future piece of Black representation in cinema. However, in a post-Moonlight world, cinema which reinforces the priority of cis-hetero patriarchal Black leadership should not go unchallenged. Simba and Mufasa will ultimately always be the heroes of the tale, but I would invite embracing a rare opportunity to present a queer, Black villain to the audience, to tell a story about marginalized identities within Black spaces. Because as children internalize negative associations between queerness and villainry, there is a duty to provide some relief from subconscious queer-bashing, and to allow critical reflection on what kind of gender performance is seen as ideal.