Before her first-ever television or film role in Bellevue, actress Sadie O’Neil was fired from her job working in the children’s section of a Montreal library due to complaints from uppity moms uncomfortable with O’Neil’s transness. Soon after, she started a restaurant job. It was dreadful.

So, when a casting call in her hometown of Montreal was looking for a real trans person to play a pivotal transgender role in the crime procedural Bellevue, starring bisexual True Blood actress Anna Paquin, O’Neil jumped at the chance to exercise the chops she’d been honing since childhood, when she performed cat-sung songs in the style of ‘Weird Al’ Yankovic from a CD her family owned. Though she joined a Shakespeare acting troupe in high school and worked on her improv skills at Montreal Improv while in college, acting wasn’t a professional reality until Bellevue, an eight-episode transgender-centric drama premiering Jan. 23 on WGN America.

After auditioning for series creators Jane Maggs and Adrienne Mitchell and landing the part, “I called my shitty restaurant job and told them I’m not coming in for my next shift and, also, never again. It was very gratifying,” she says, erupting into spiteful laughter. 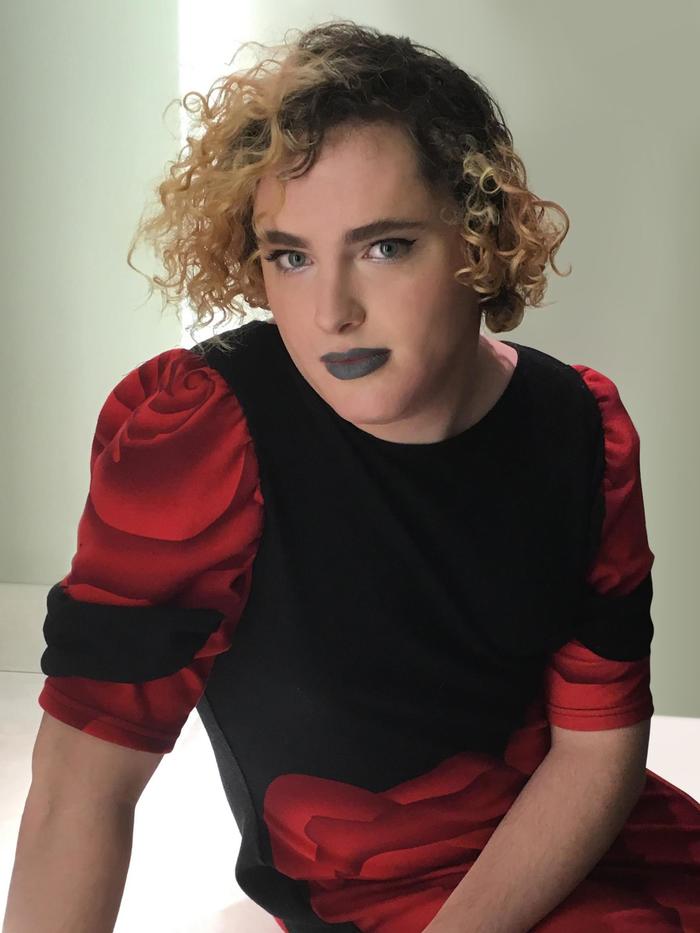 “It was very nice to be able to work on those to be able to make a space within the show for the character to just be herself in the space where she is safe,” O’Neil says.

Transgender and gender-nonconforming television roles may still be hard to come by, though there’s a promising spike in them thanks to shows such as Amazon Prime’s Transparent, Showtime’s Shameless, Ryan Murphy’s forthcoming FX series Pose and in March’s Roseanne revival, with lesbian star Sara Gilbert’s gender non-conforming child. Criticizing the casting of Transparent lead actor Jeffrey Tambor as trans matriarch Maura, O’Neil, however, insists trans roles should exclusively be played by trans actors. (Murphy’s Pose casts five trans actors, the largest-ever transgender ensemble in series-regular roles for a scripted series.) 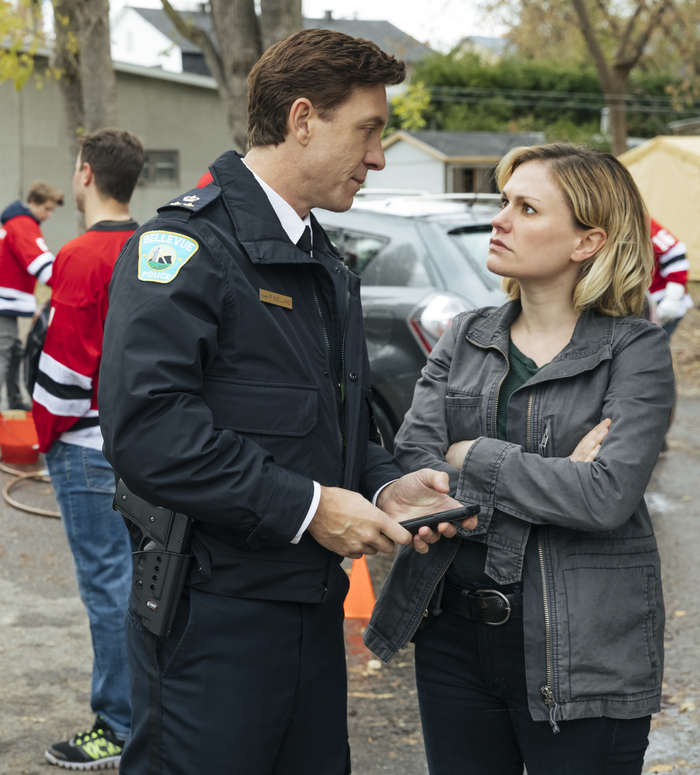 “I’m just gonna be bitchy about Transparent because I think the casting is just very iffy,” she says, adding that trans people playing trans roles is “pretty much a no-brainer.””There are so many good trans actors around. Did you watch Tangerine? The (trans) stars in that are phenomenal. There’s so much talent, and so it just feels like it’s such an easy thing to avoid –and, particularly, if you don’t, it feeds into a culture that can be ultimately so dangerous.”

On Bellevue, O’Neil says Maggs and Mitchell made every possible effort to involve her in the show’s creation, gleaning details from O’Neil’s trans experiences and allowing her to contribute to the show’s writing (O’Neil’s personal writing was recently published in a Topside Press’s collection of short stories called Meanwhile, Elsewhere).

“My joke was that it felt like I had three moms on set,” she says, laughing. The third? Paquin.

(Spoilers ahead, so read at your own risk.) During a particularly chilly day in Montreal, O’Neil had to shoot in a cold body of water. Starring as Annie Ryder, a detective who is investigating the disappearance and murder of Jesse, Paquin offered to move the space heater closer to her. She also offered her a blanket and some hot tea to warm her up on set. Meanwhile, O’Neil taught Paquin more about the trans community, including the meaning of TERF (Trans-Exclusionary Radical Feminist), a group of feminists claiming trans women aren’t really women, in between takes. 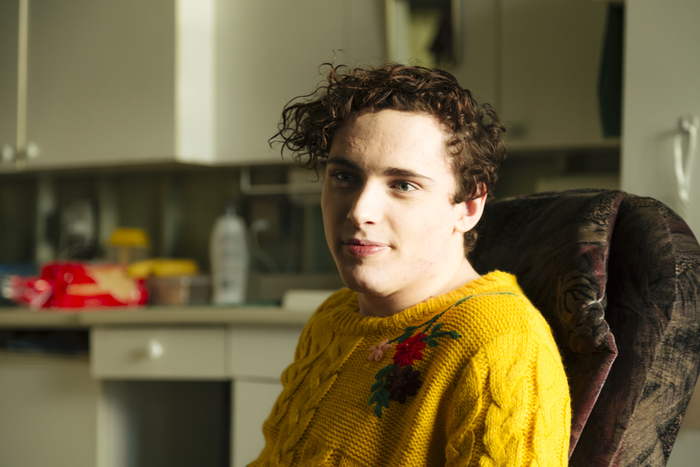 Not only was she “very, very interested in being supportive and open to my transgender knowledge that I could impart,” according to O’Neil, but the actress and “proud bisexual mom,” as O’Neil refers to her, took their relationship to the next level: Twitter. They follow each other, and “every once in a while I’ll open Twitter and be like, ‘Why do I have 80 notifications all of a sudden? What happened?’ And I’m like, ‘Oh, Anna Paquin retweeted me again.'”

“There are worse things,” O’Neil jokes.

Indeed, there are, but with Bellevue, O’Neil hopes to be a part of the change for the trans community. With the recent homicide of 42-year-old Christa Leigh Steele-Knudslien, founder of the Miss Trans America and the Miss Trans New England pageants, among the many reported victims of trans-targeted violence, she says Bellevue can bring greater critical awareness to a troubling epidemic. The scene where Jesse confronts her coach, Tom Edmonds (Vincent Leclerc), near the show’s end deeply resonated with the actress for that reason, but also because of her own experiences with trans misogyny.

“It’s just me screaming at Tom and the various town authorities who have failed me for betraying me and being shitty,” she says, “and that was very therapeutic.”

Furthermore, O’Neil hopes it will educate circles similar to the one portrayed within the small-minded, blue-collar town of Bellevue on, at the very least, the existence of trans life.

“What’s important to me is that people use Bellevue as a jumping off point,” O’Neil says. “I think Bellevue is a good beginning to the conversation for a lot of people, but I don’t think it should end the conversation. What I would hope is that people are able to use it as the first step to then look into themselves and look at their communities and think about what needs to be changed and what things they can do to help the people who need it.”